We'd actually seen this first species (though not as close) early in the week at Guango, Chestnut-capped Antpitta. 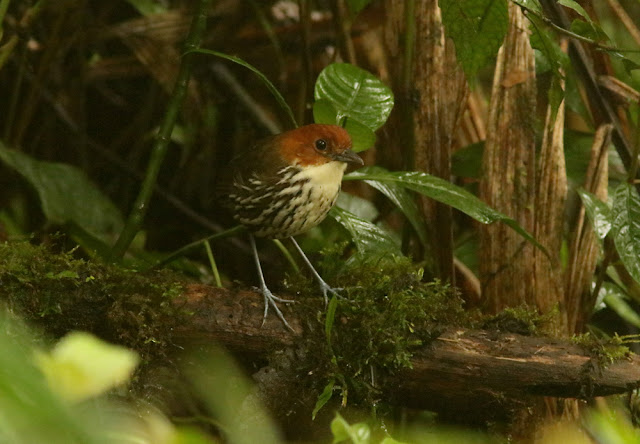 After waiting our turn we were led down a narrow (muddy) trail to look down into a ravine holding Ochre-breasted Antpittas. 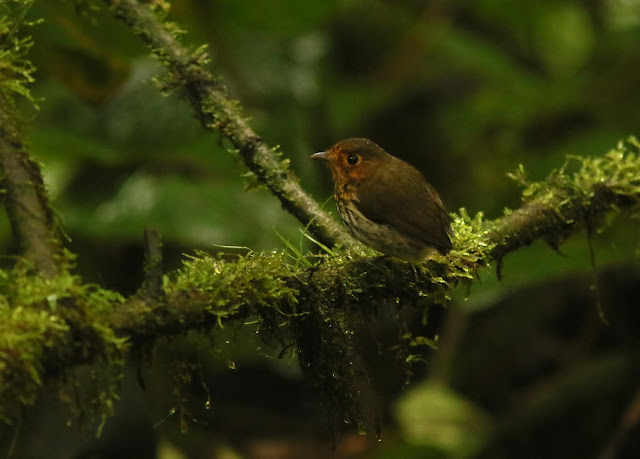 Two of them in fact. 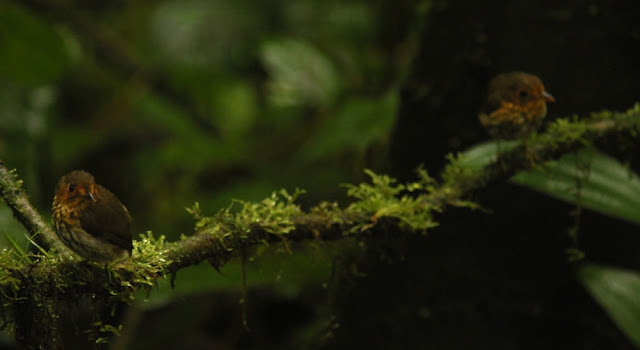 These tiny birds were fairly charismatic, standing still on branches and rotating their bodies while keeping their heads still.  This is another bird that's possible in a lot of places in Central America, but much more likely here.

Moustached Antpitta was our final species. 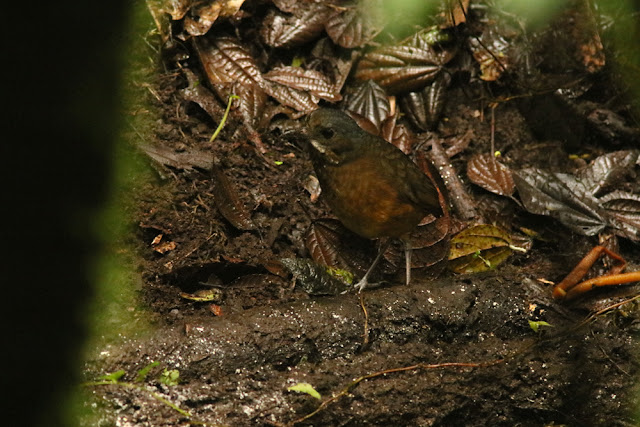 We each had no more than a few seconds to look down on this shy bird.

So there you have it, 5 species of antpitta in one day.  Honestly I'm not sure what I thought about it.  I guess it's no different than seeing birds come in to feeders, but it was almost too easy (and there were way too many people) to see these very uncommon birds.

In case you're wondering where Blackburnian Warblers get their awesomeness, well they winter in the same trees that shelter antpittas 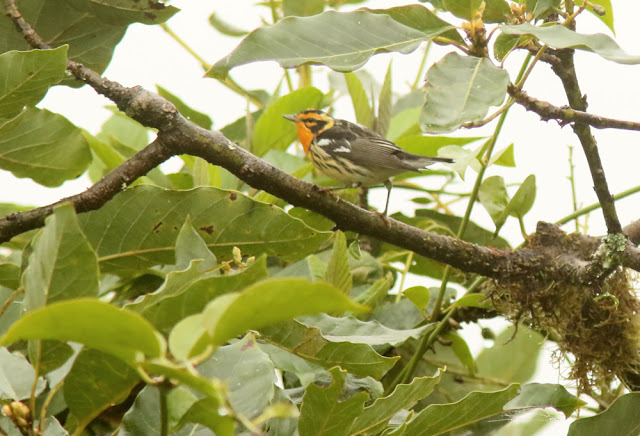 I'm not used to Blackburnians being the easy birds to photograph (though didn't get the shutter speed cranked back up as far as it needed to be for warbler movements).