A brown gull that wasn't a gull

I checked Tiscornia midday today while trying to transition my schedule back to days.  There was a small group of gulls close to the piers, one of which looked quite brown.  Brown and tall.  Brown and tall with a long thin bill.  Oops.  It's a Marbled Godwit. 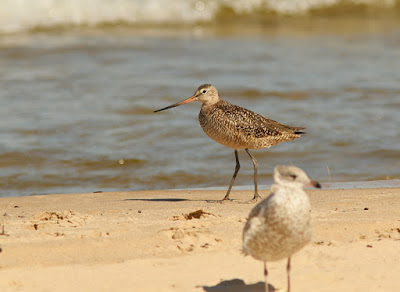 It stuck its head back into its scapulars and I took my eye off the bird ... and didn't see the 3 or 4 year-old who was also interested in the gull flock.  And by interested I mean racing into the flock with arms flapping.  Despite his best efforts, the kid didn't take flight.  The birds on the other hand...  I should have had way better flight shots since he ran the bird past me but it was a hundred yards out before I had the camera back out. 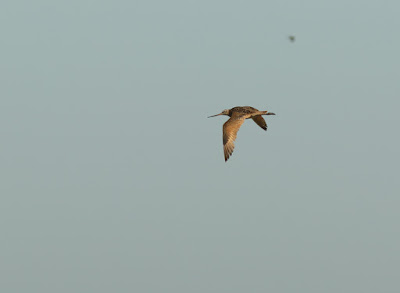 It spent about 30 seconds on South Pier before getting flushed again, circled towards Silver, then back overhead and then out over the lake.  I walked up to Klock (and then Rocky Gap) but it didn't reappear.  A Semipalmated Plover popped up. 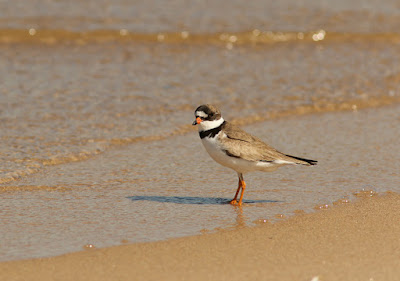 Upon returning to Tiscornia the godwit hadn't returned though a Greater Yellowlegs had dropped in.  It still had some of the barred breeding plumage. 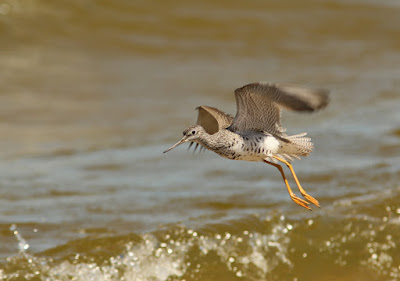 In case you can't tell by the background, there's a ton of algae in the water right now. 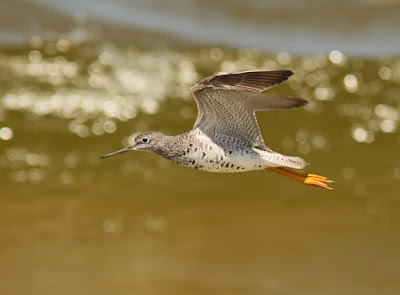 There's still a few breeding feathers in the mantle too though it's mostly moulted. 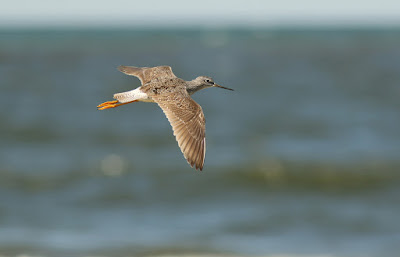 Finally a shot from a less successful shorebird survey, this one from New Buffalo at dawn sometime last week. 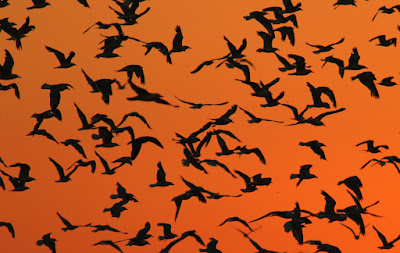 Definitely the best way to take Ring-billed Gull shots.
Posted by Matt at 11:33 AM