I missed the first week of migration along Lake Michigan which is led by large shorebirds with the very good excuse of a family trip to the Black Hills.  On my first morning back I checked the Silver to Lyons and Tiscornia to Jean Klock stretches of beach and found a first fall Piping Plover up at Jean Klock 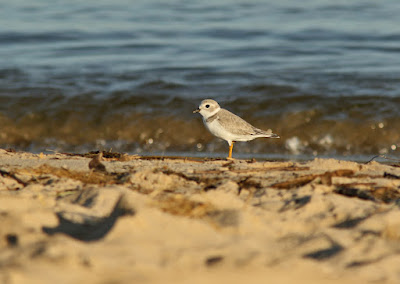 It was hanging out with an adult Semi-palmated as well as more loosely with about 5 Sanderlings. 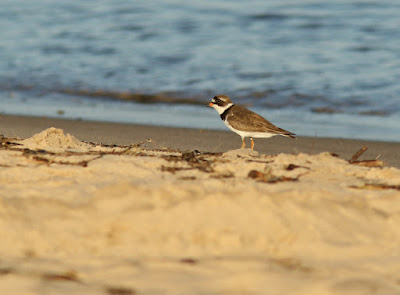 I sat for a while hoping the flock would work its way back to me but no luck and I slowly started back towards the car at Tiscornia. 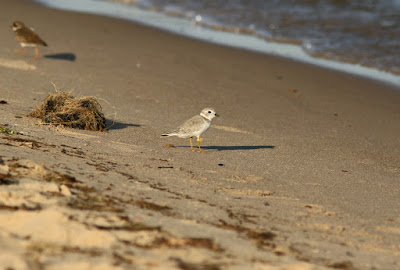 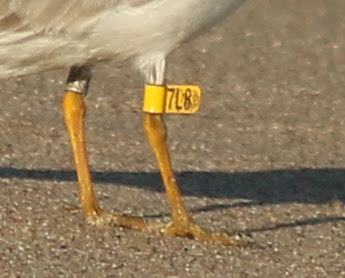 Hopefully the new band system will make birds more IDable as individuals than when it was just one silver and 3 colored bands.  I'll see if this is enough to find out the origins of this bird.... (7/22/15 addendum:  It turns out it isn't a Great Lakes bird at all, the band is from North Dakota, banded the first week of June as a hatchling making this bird about 7 weeks old)

Eventually the flock looped back to Jean Klock 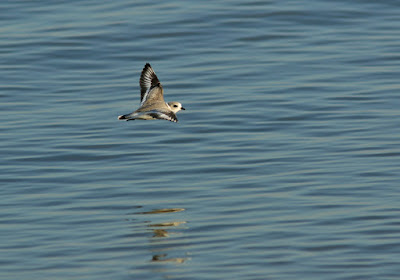 Calm water made it a little easier than usual to get flight shots in focus.  After last year's pair of (unrelated) juvenile Piping Plovers, this makes it the first time I've had this species 2 years in a row in Berrien.
Posted by Matt at 11:05 AM