In contrast to the Ponderosa habitat, the (riparian) areas along streams were dominated by fairly thick deciduous forest.  I don't know enough about trees to say for sure how different it was from eastern forests.  It was here that the birds felt to be more paralleling their eastern counterparts.

Lazuli Bunting males followed their females through the low thickets before disappearing much higher. 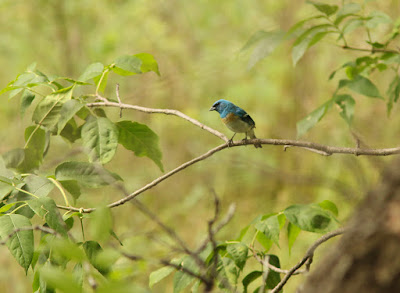 A Black-headed Grosbeak called along a stream.  Its call was lower than our Rose-breasts.﻿ 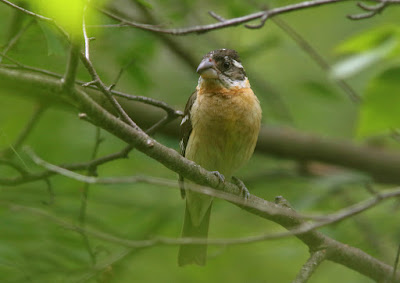 Based on my interpretation of the Sibley plate I would guess this is a one-year-old male. 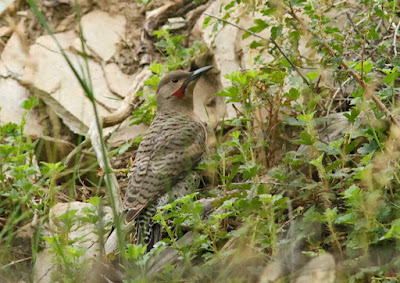 If the above bird is an adult (and it seemed to be the parent of the below bird) then the brown face indicates it's part of the wide intergrade zone in the central west.

This heavily spotted and barred bird struck me as a young bird.  My understanding was that a lot of intergrades will have a mix of yellow and red feathers, this bird seemed pretty even, so I may have been wrong about mixes of feathers being standard. 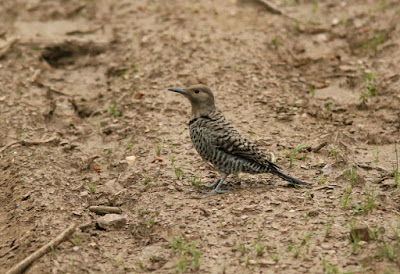 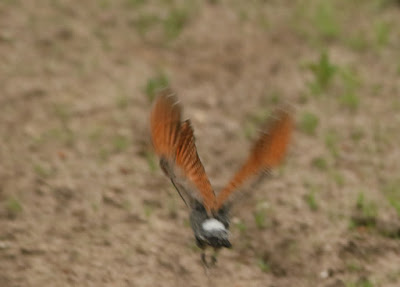 More subtle than the flickers are the different populations of White-breasted Nuthatch.  I'll grant that they did look a little darker than ours (though so did the downy and hairy woodpeckers); you'll have a harder time convincing me that there isn't just steady gradation across the country though. 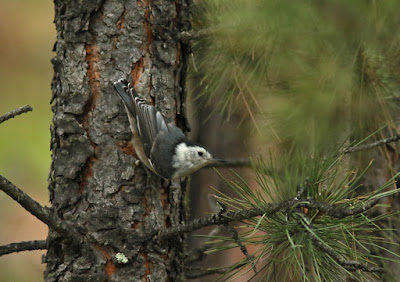 This bird was photographed on pine, though Red-breasted was more common in that habitat.

Finally one of the hallmark birds of the central west in my mind, Black-billed Magpie. 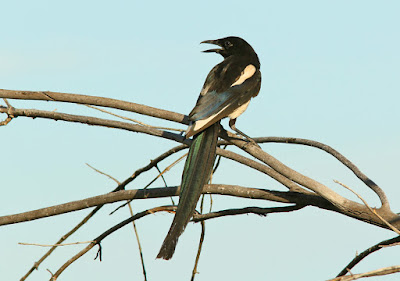 It's on my top 10 list of birds I'd like to see fly past Tiscornia or the hawkwatching dune for sure.
Posted by Matt at 7:48 PM