Pronghorns on the Prairie

Custer State Park, in addition to its well-known herd of buffalo, has a solid population of pronghorns.  We saw a number of males near the road. 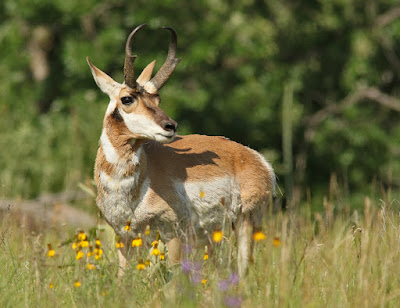 I think the flowers are blue vervain and sneezeweed (maybe gray coneflower?) 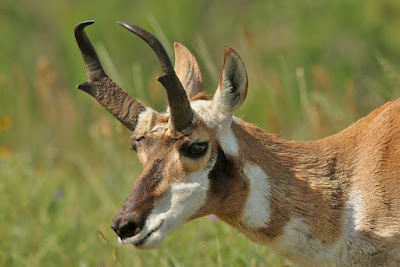 While Pronghorns are often referred to as antelope, my understanding is that they're actually a kind of goat, if you can believe that. 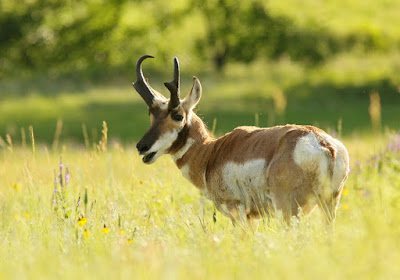 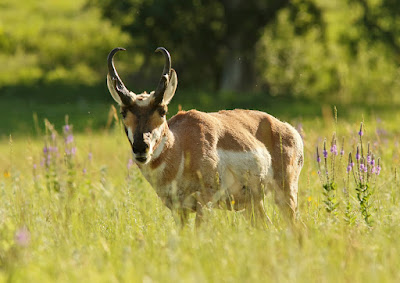 Apparently an ice age or two ago there was some kind of cheetah that lived on the American plains.  In response, pronghorns evolved into the fastest North American mammal (and I think the 2nd fastest in the world).  Of course surviving whatever ice age wiped out the American cheetahs is probably an even bigger survival advantage. 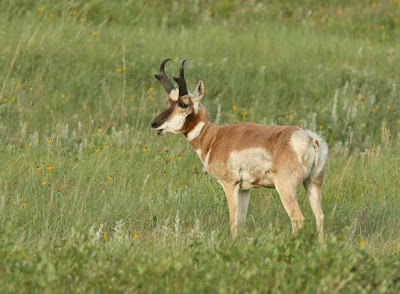 I think this next one is the largest one we saw. 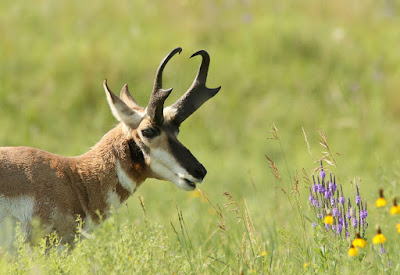 He was sooo close to posing by the flowers, but turned away from them (after the first one seemed to favor the vervain flowers as browse).
Posted by Matt at 7:01 PM