The terns were very different from what I'm used to seeing at Tiscornia.  Least Tern, definitely a bird in my top 10 most wanted for Berrien, was actually pretty common.  (Though not so common that it was in dense discrete flocks; these are montages). 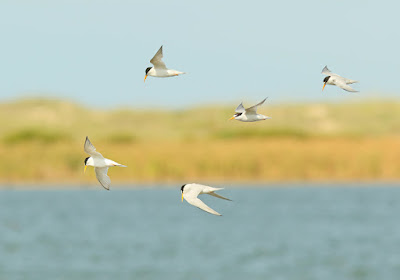 Juvenile Least Tern is a pretty common PhotoQuiz bird given it doesn't look a lot like other young terns and very little like the adult. 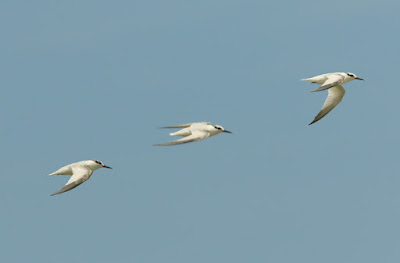 One more of the underwing... 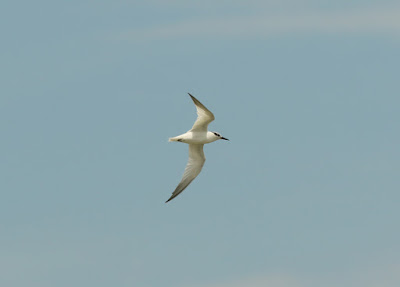 Sandwich Tern was a nice surprise.  I think of them as more of a Gulf Coast bird, but that may be just because that's where I've seen it before. 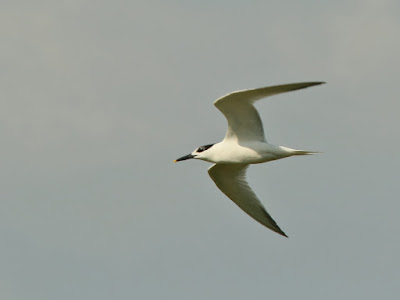 I'd never taken pics of Sandwich (or Least) with an SLR, but the next individual is the first Gull-billed Tern that I've ever photographed. 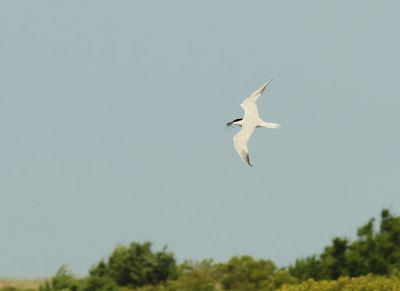 I didn't know until we read the Sibley info that they're a marsh bird that doesn't really forage along the coast the way the others do.  Appropriately this one had caught a dragonfly. 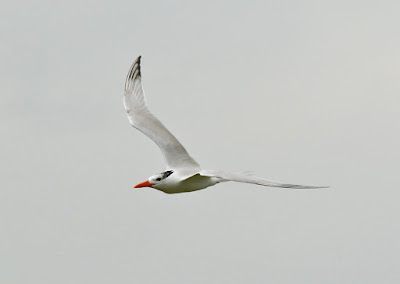