Refuge from the rain

Though not for this Black Phoebe... 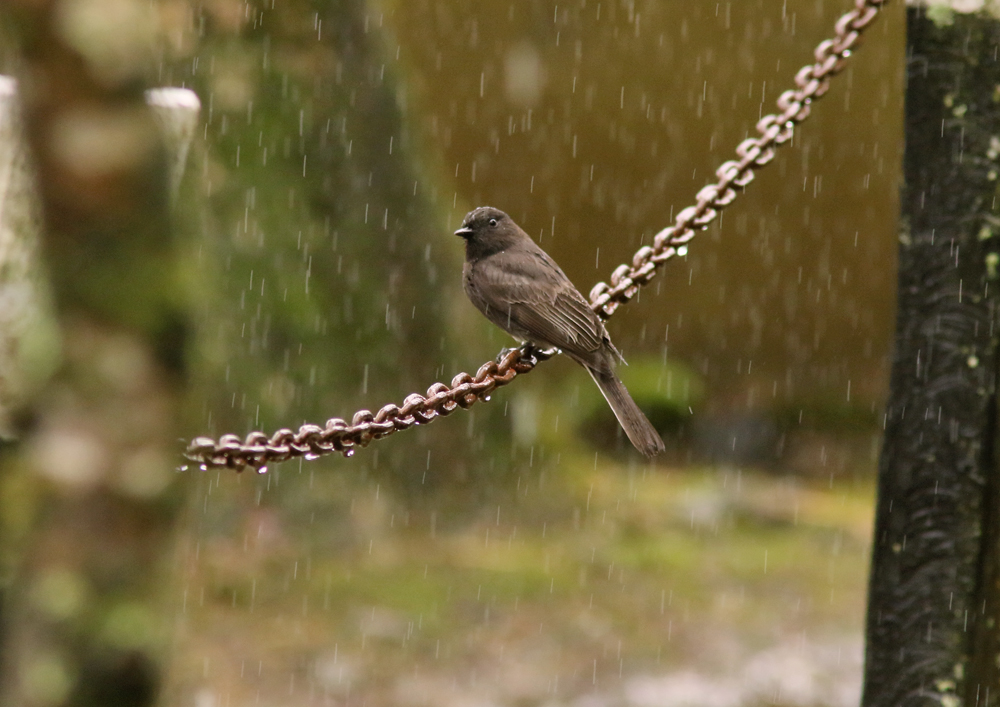 A lot of the small restaurants in Costa Rica aren't completely walled in.  The kitchen is inside the building but you eat essentially outside under a pavilion with support pillars but no walls.  Such was the layout for a relaxed lunch after a morning of fighting the rain somewhere outside Tapanti.  We could sit at the tables and relaxedly scan for movement.  Blackburnian and Black-and-white Warblers foraged as did the Red-faced Spinetail from the previous post.  Lyle spotted a fleck of red in the treetops, this turned out to be a White-winged Tanager, a bird I had hoped to see though certainly wasn't guaranteed. 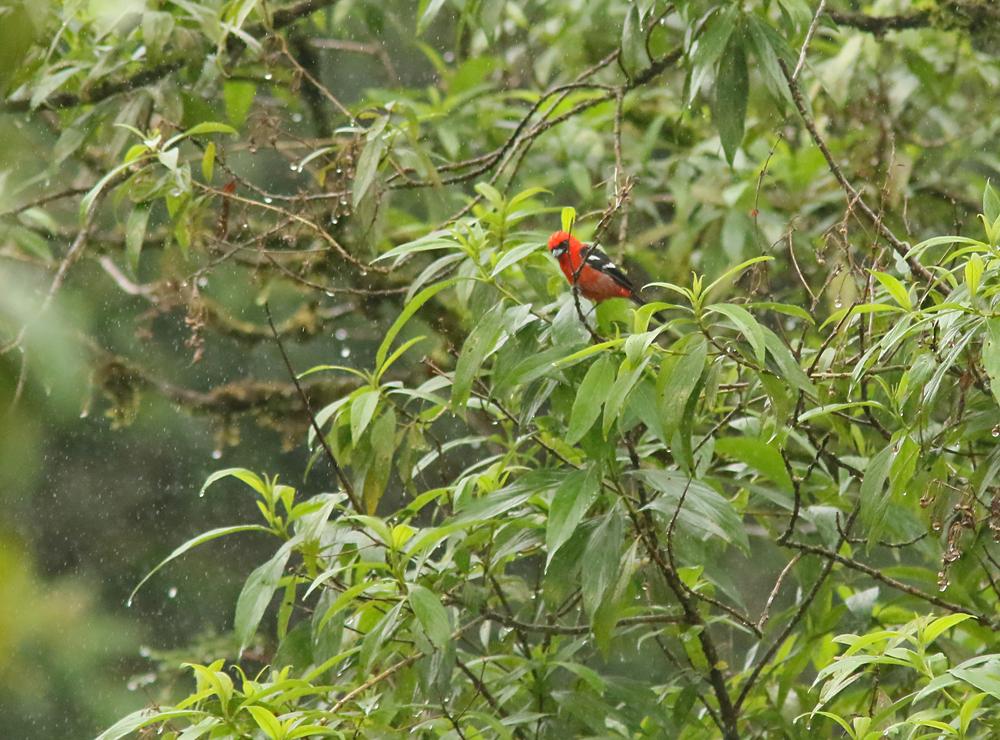 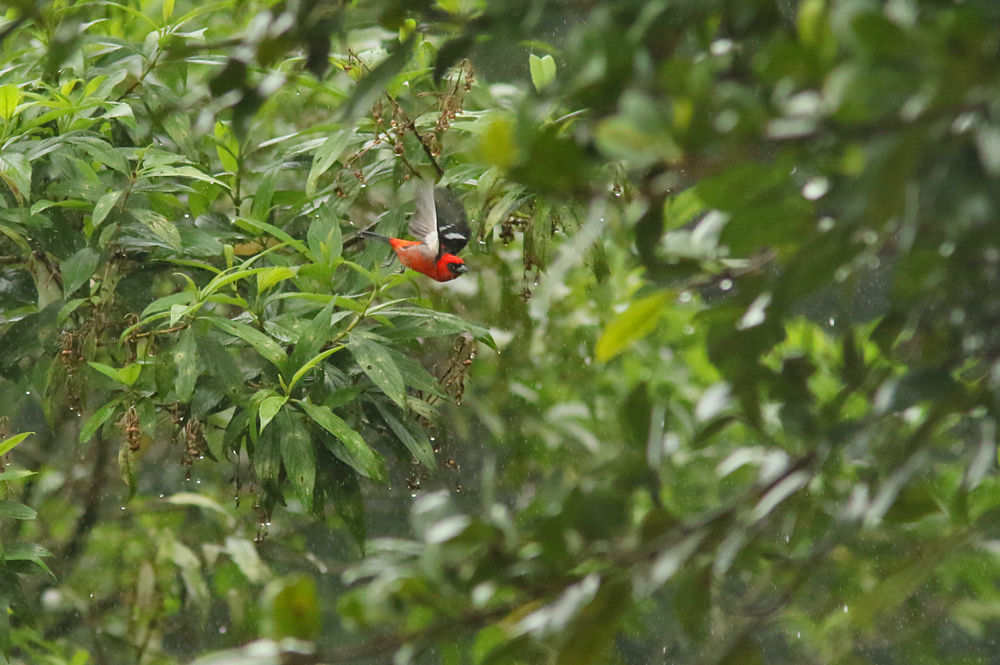 ﻿
We would see another one the next day, but it was even farther away.

We had mostly finished and were not exactly chomping at the bit to go back out into the elements when Lyle (again, I think) spotted a couple Green Ibis that flew up into a tree to rest. 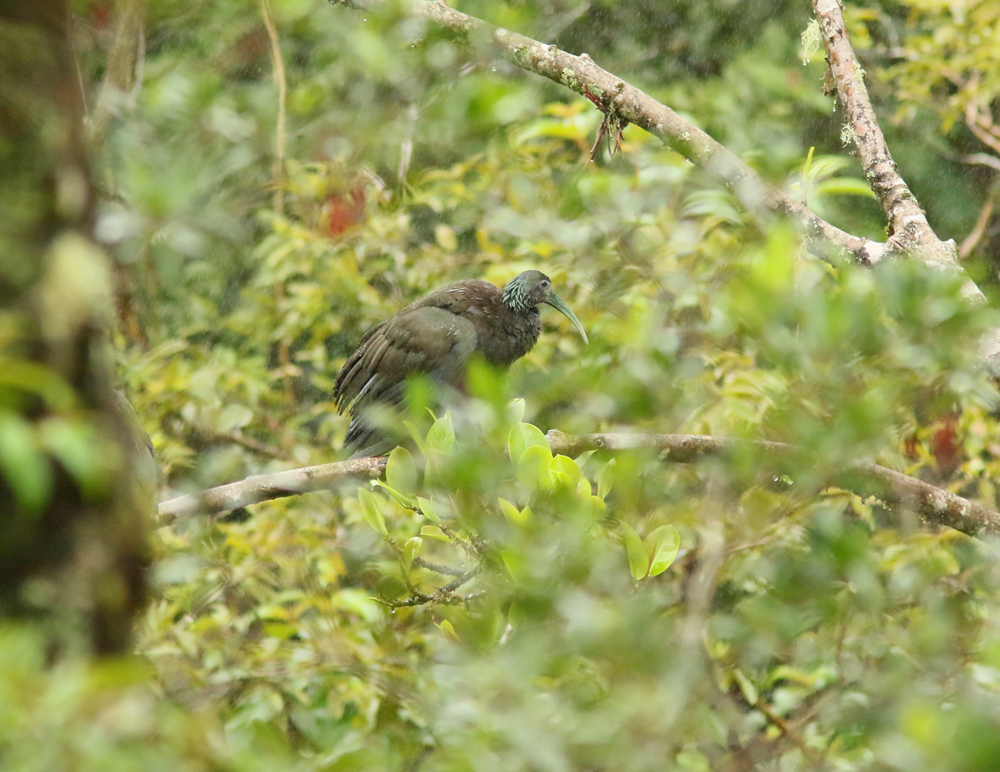 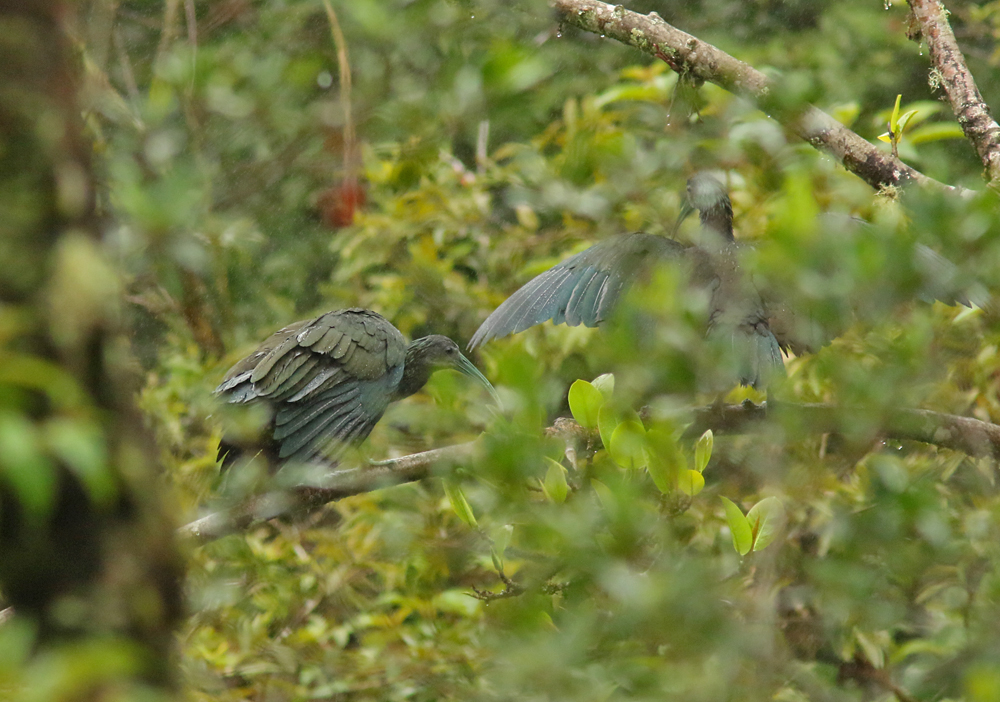 This odd cross between a vulture and a rail was as smart as it was beautiful since they appeared to be trying to spread their wings to dry.  In the rain. 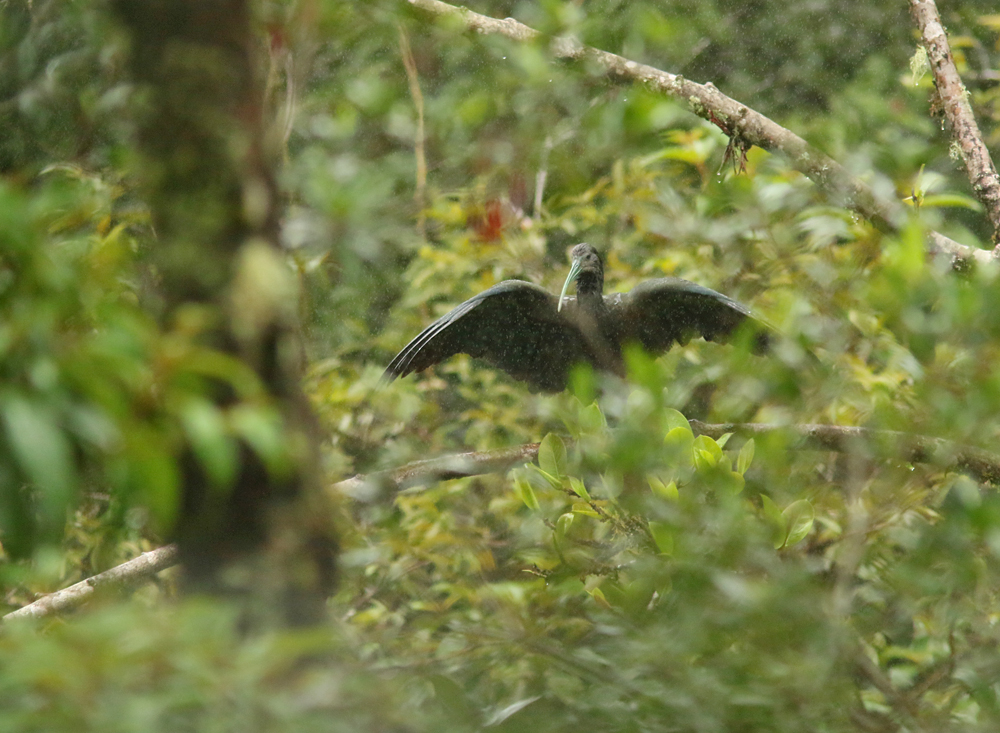 It was another bird I wasn't sure we would find.  Vernon implied he had a spot for it later in the trip, but seeing it here allowed him to target other birds instead so definitely a fortuitous spot.

There was a feeder set-up where oropendolos and Silver-throated Tanagers were coming in, but it attracted a White-naped Brush-finch as well. 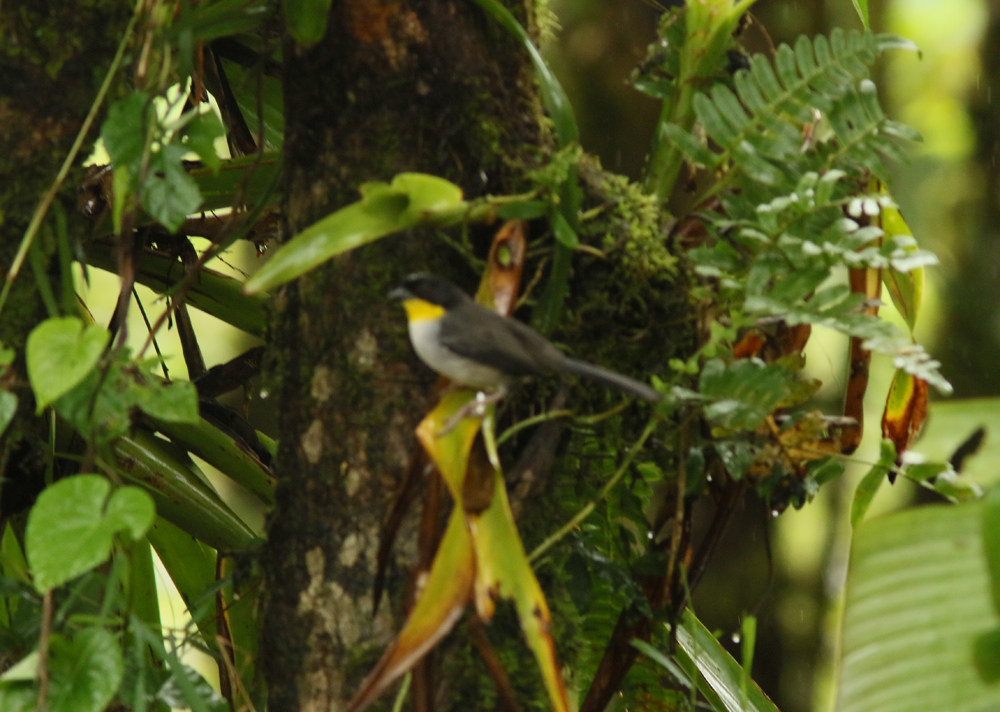 This had been a lifer the day before that was probably on my 10 most wanted birds for the trip, surprising as that probably is.  They tended to forage much more quickly than their Chestnut-capped cousins that I've had a lot more success photographing.  It flew before the auto-focus kicked in.

We headed back out in the afternoon, but the only pic worth posting (male Collared Trogon) was in the last entry.
Posted by Matt at 3:34 PM