There are a lot of places in Costa Rica with hummingbird feeders (more on a couple of them later), but one of the more famous are those at the Paraiso del Quetzal lodge in the highlands.  Fiery-throated Hummingbird is the main draw.  This is one of several Chiriquí endemics, birds found only in the highlands of eastern Costa Rica and western Panama.  Paraiso is probably the easiest place to see them in numbers. 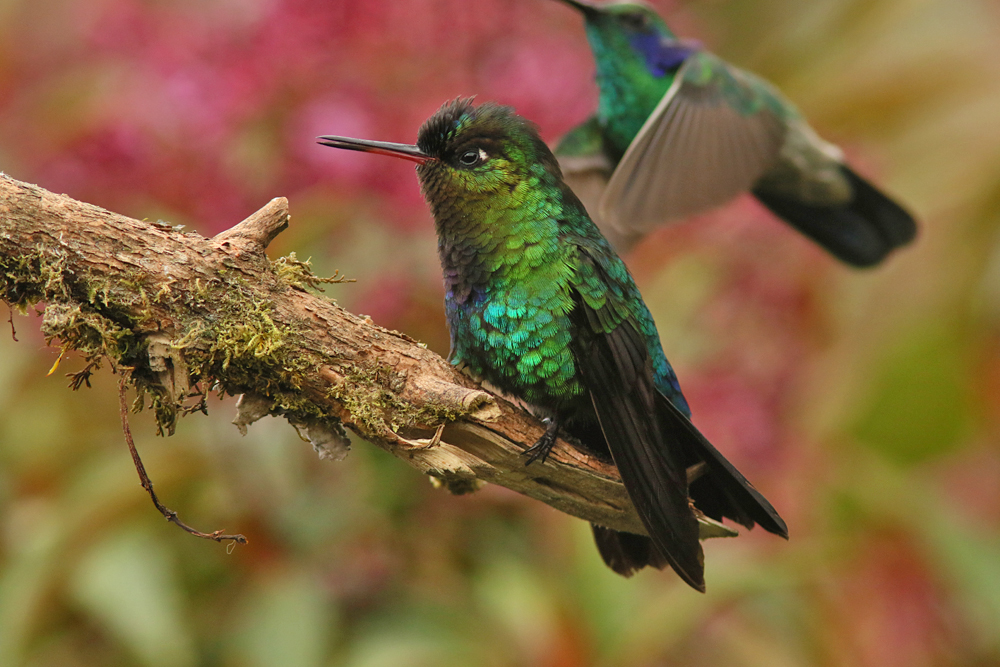 The fiery throat comes out best with the bird aimed straight at you. 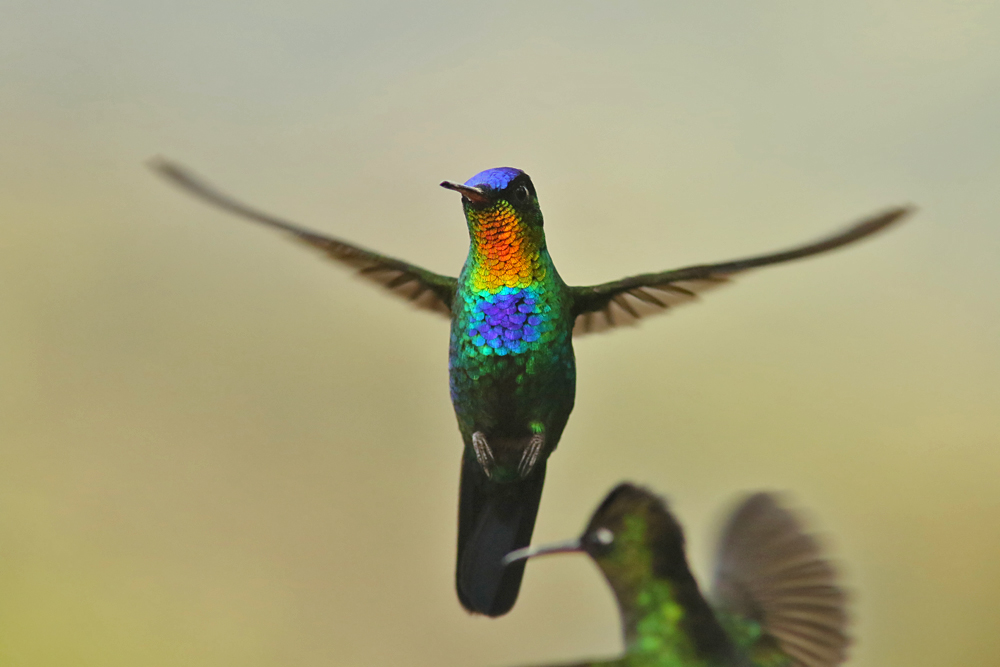 They can appear fairly black overall at other times. 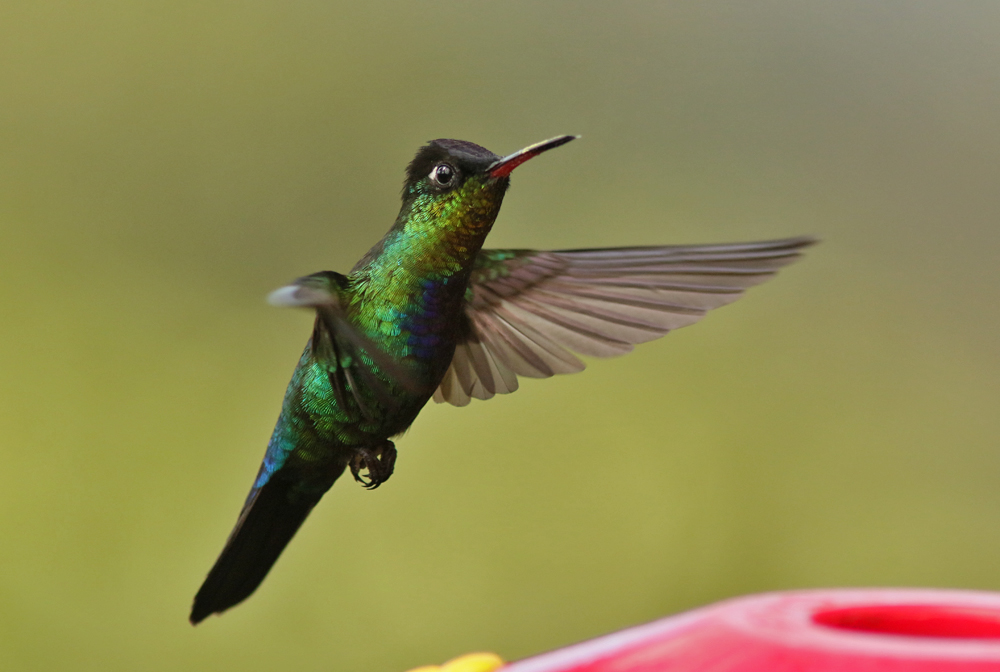 They were at least as pugnacious as your average hummer. 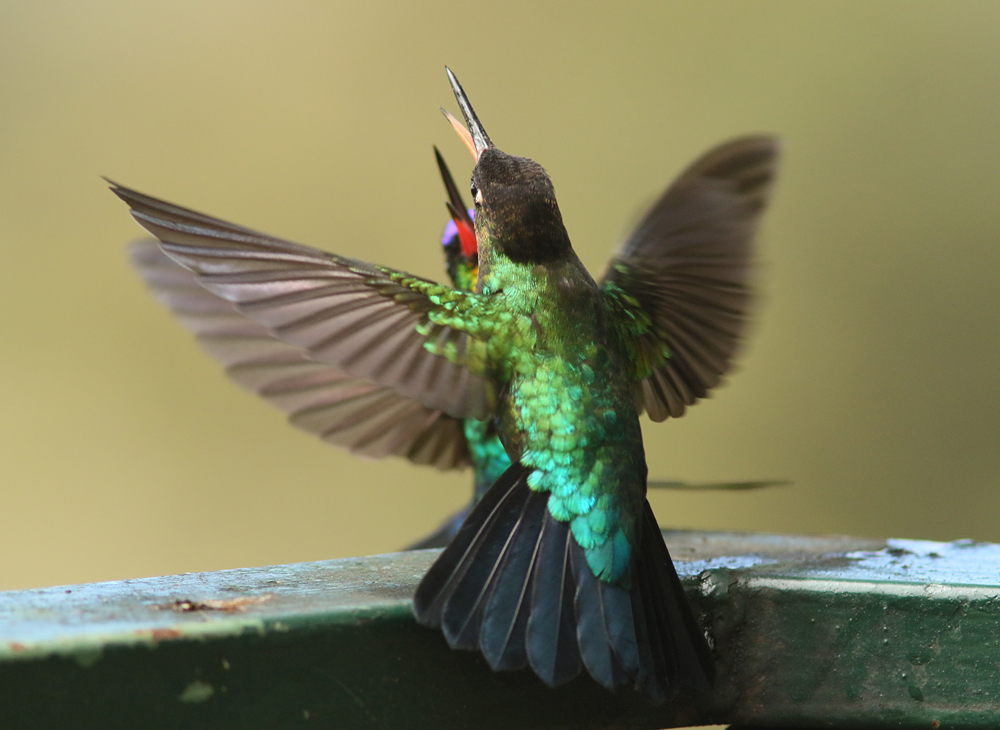 There were 3 other species of hummingbird present as well.  Magnificent Hummingbird is also fun to photograph here. 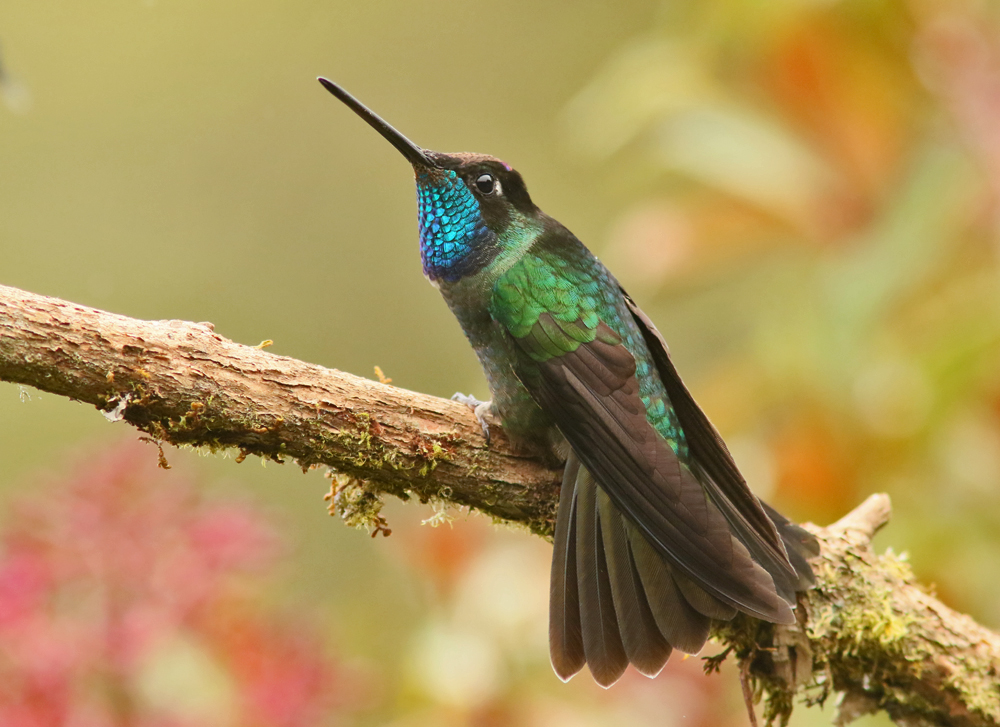 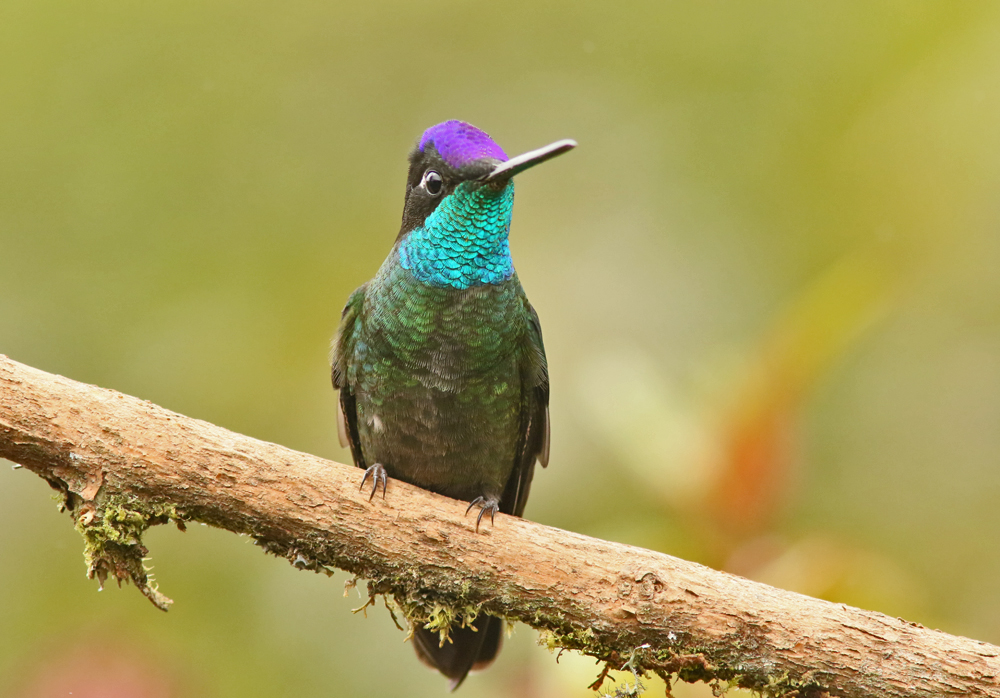 There were fewer Green Violet-ears here than in years past, though they're one of the more common highland species. 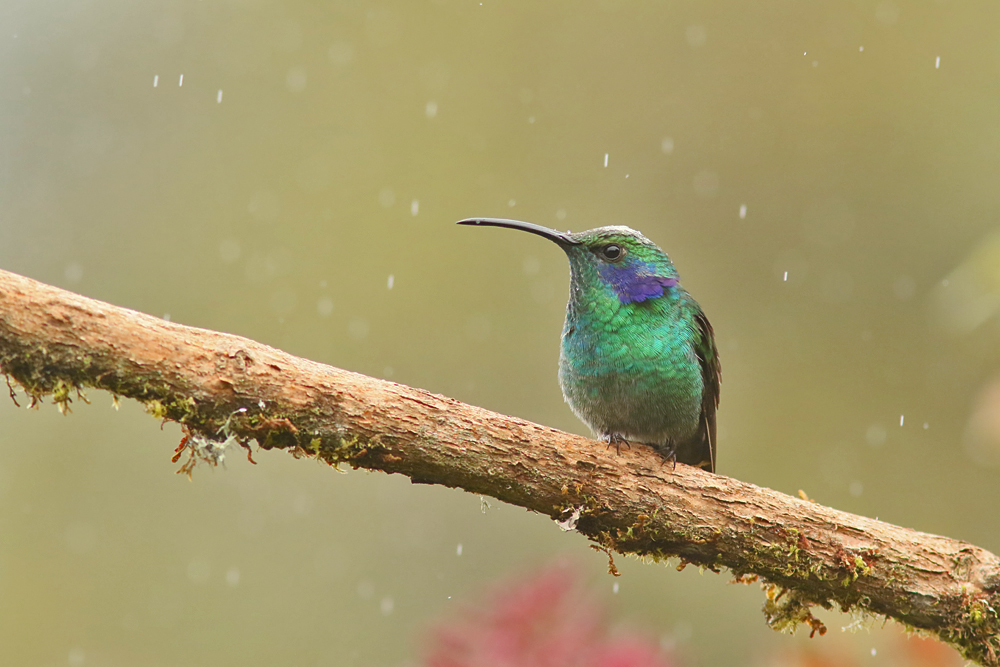 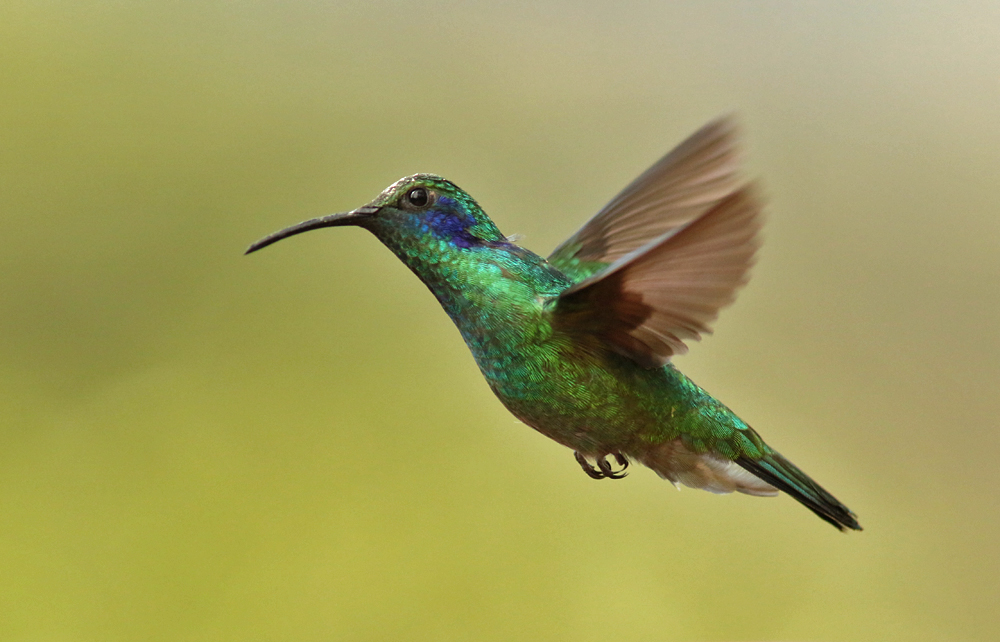 Matt, I like how the raindrops are visible in the second from last violet-ear photo.