The first official day of the trip dawned clear and cool (for the entire trip temperatures were cooler than I've experienced previously in Costa Rica) and we took a walk down the street from the hotel to work the edge of a coffee plantation.  There were several widely distributed Central American birds about, red-billed pigeon, white-tailed kite, Inca doves, as well as another Rufous-capped Warbler. 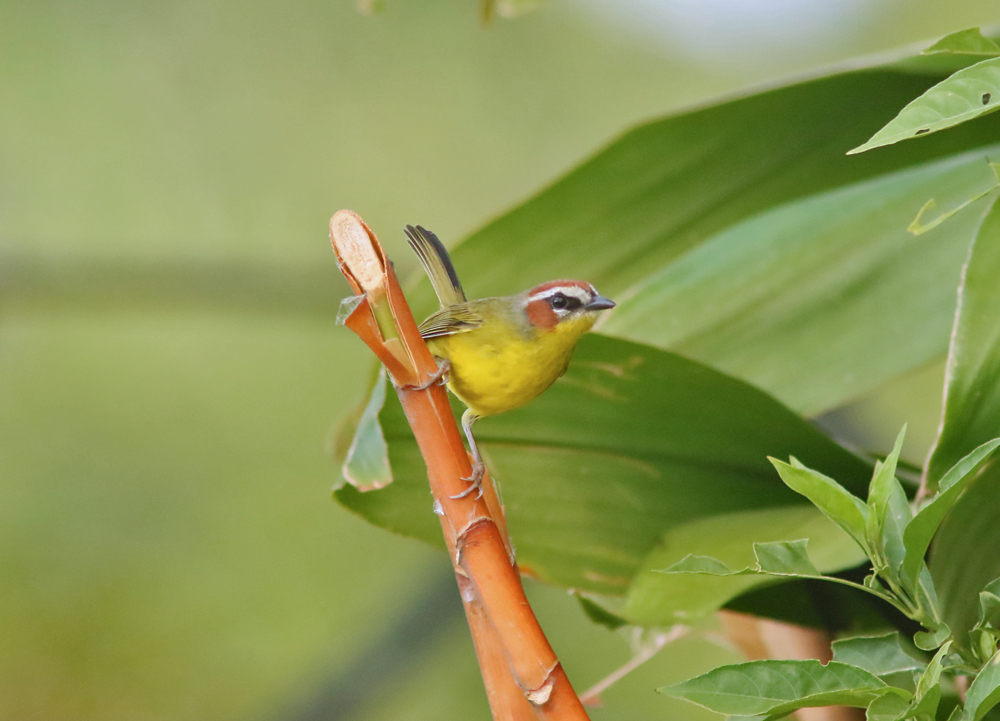 Our main targets, however, were Ground-sparrows, first the White-eared, a bird I've encountered before. 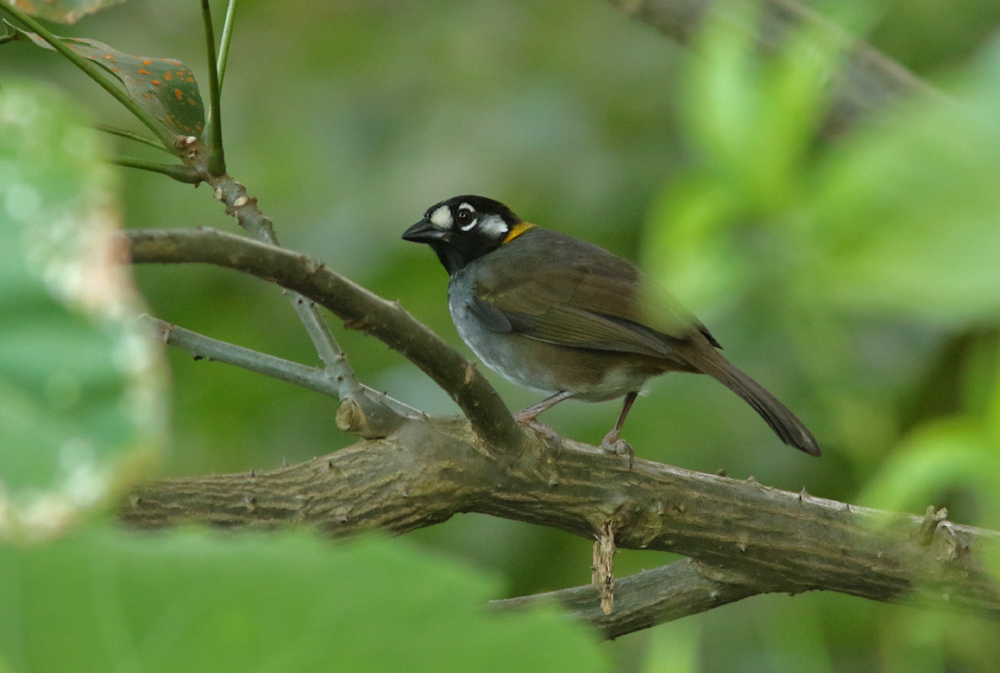 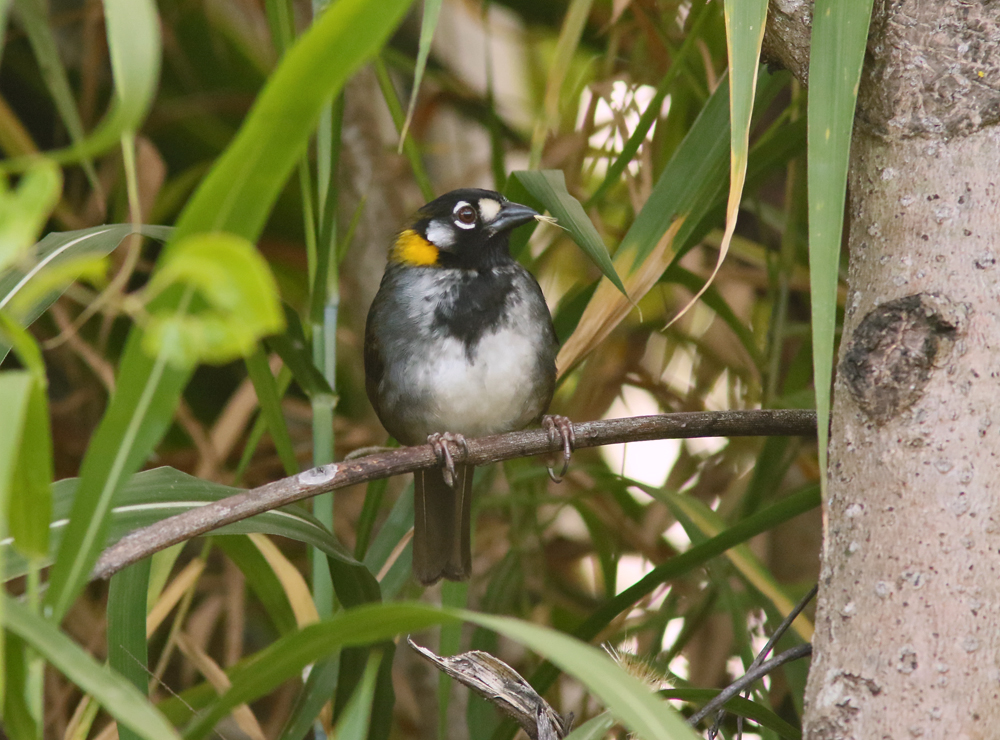 These large, towhee-like creatures announced their presence with an intense harsh grating high-pitched scolding sound.  Our main target however, was the Prevost's Ground-sparrow.  The Costa Rican subspecies (sometimes referred to as Cabani's Ground-sparrow) is geographically separated from the South American forms and has a different facial pattern and will likely be split into its own species ultimately.  Its song was much more pleasant even if it was considerably less amiable in terms of giving up views.

I managed only one brief look at the bird when it teed up in a small window into the thicket, but that was enough to fire off a few frames, luckily the camera settings were pretty accurate. 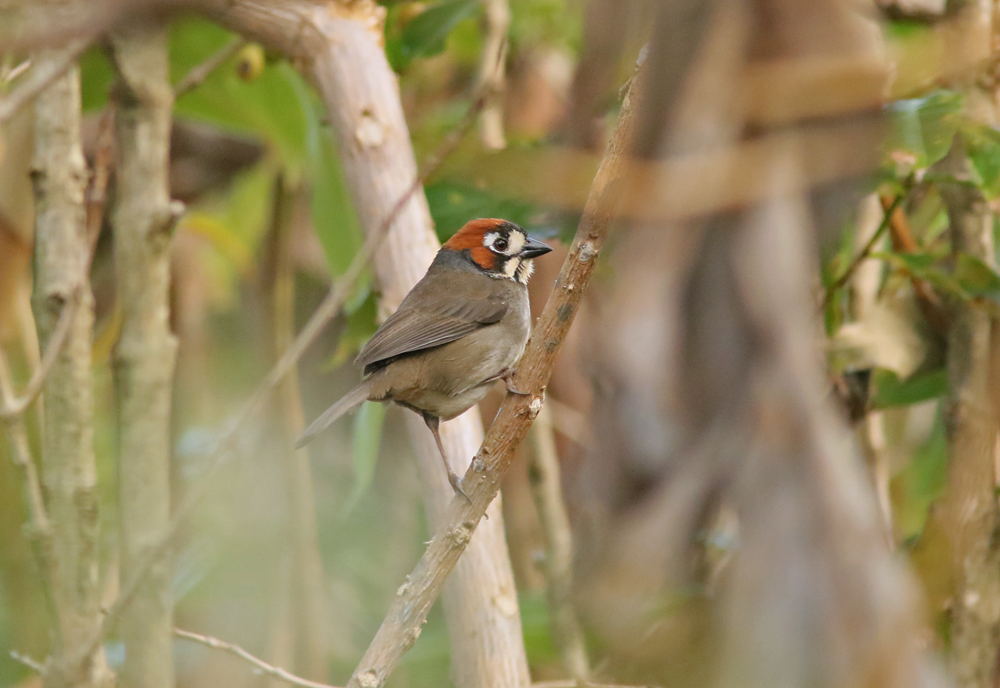 I was shooting through a leaf which somewhat obscures the tail, but I couldn't have hoped for a nicer shot at my first lifer of the trip.
Posted by Matt at 5:38 PM

Thanks! And I can neither confirm nor deny that there may have been some photoshopping of the title jpg...

Hi Matt, I will heading to CR in March with 5 other friends, we are staying at Hotel Bougainvillea also and are hoping to search for the Prevost's. Someone on facebook has raided concerns about safety searching outside of the hotel grounds. Did you have any issues or ever feel concerned while out searching? Also congrats on the Prevost's - great shot also!!
Thanks Steve.

I'm sure like anything else, common sense is likely required. We were there in early morning, likely a fairly safe time, and were in a large group (9 total) with a native guide. I've never had anything other than pleasant interactions with people in CR.