Gold at the end of the rainbow

Overcast skies greeted us on our final morning in the highlands and we rode up to an orchard where Vernon told us we would look for "some birds."  Light misty blowing raindrops started appearing as he pointed out a few female Chlorophonias.  It quickly became apparent that there were at least a dozen birds foraging in the orchard and we dispersed somewhat to get better looks of this typically canopy-dwelling pseudo-tanager.

It didn't take that long to locate a male which I slowly worked my way towards. 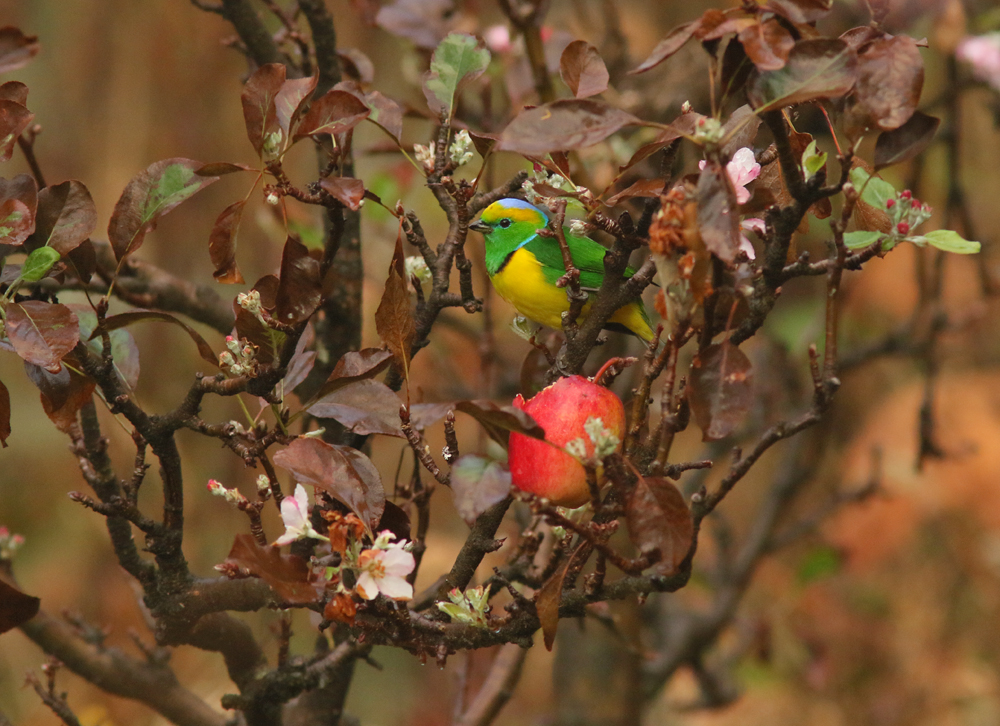 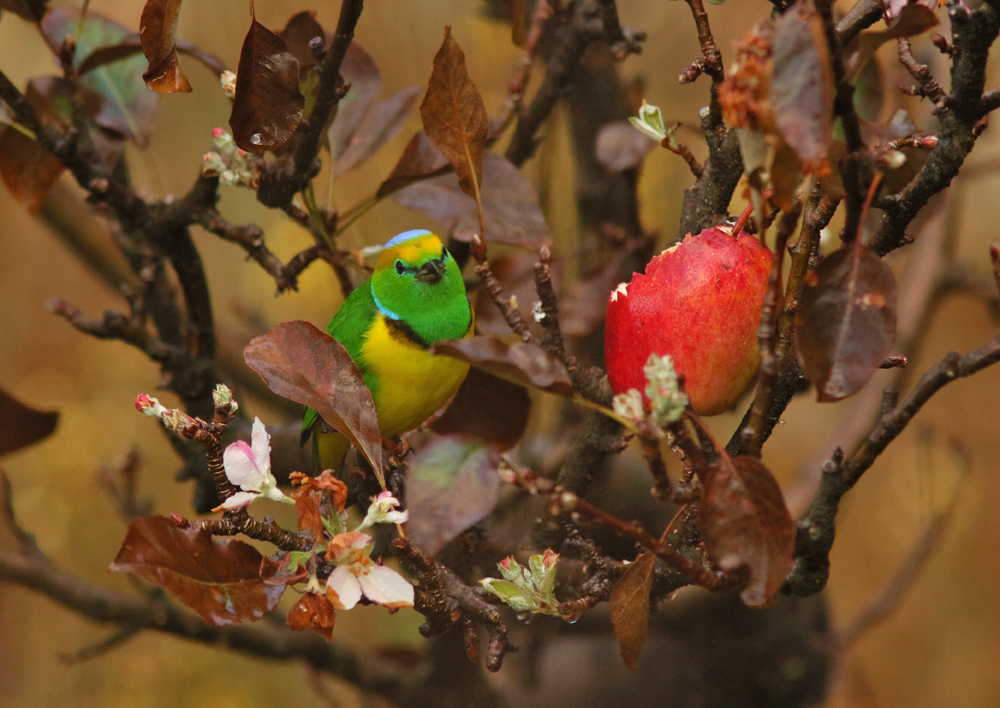 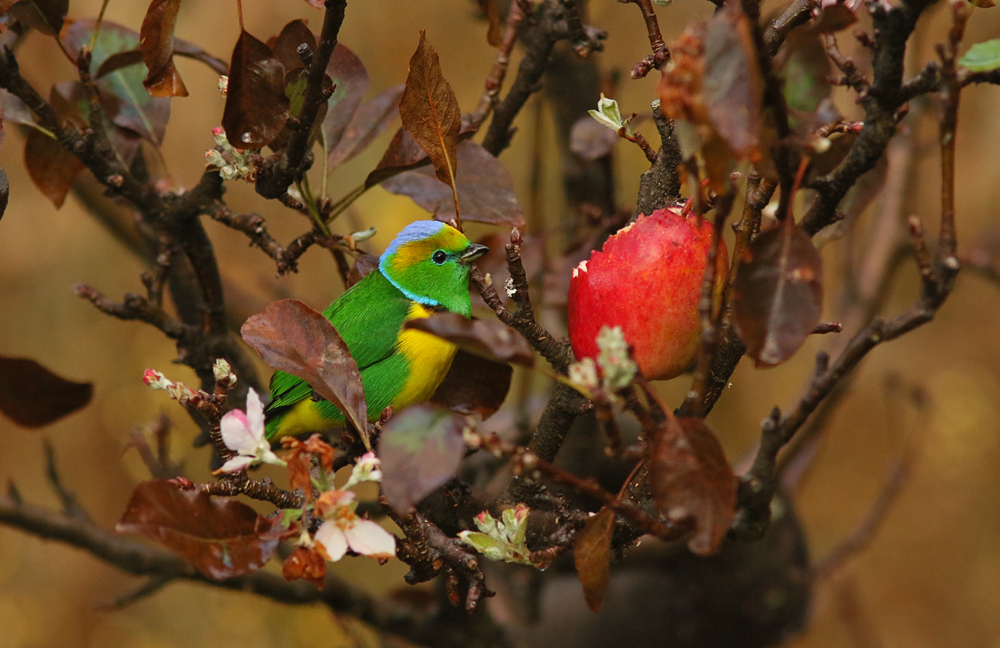 The females were also showy and unique birds that glowed in the morning light that alternated between sun, sun with rain, blowing mist, and fog. 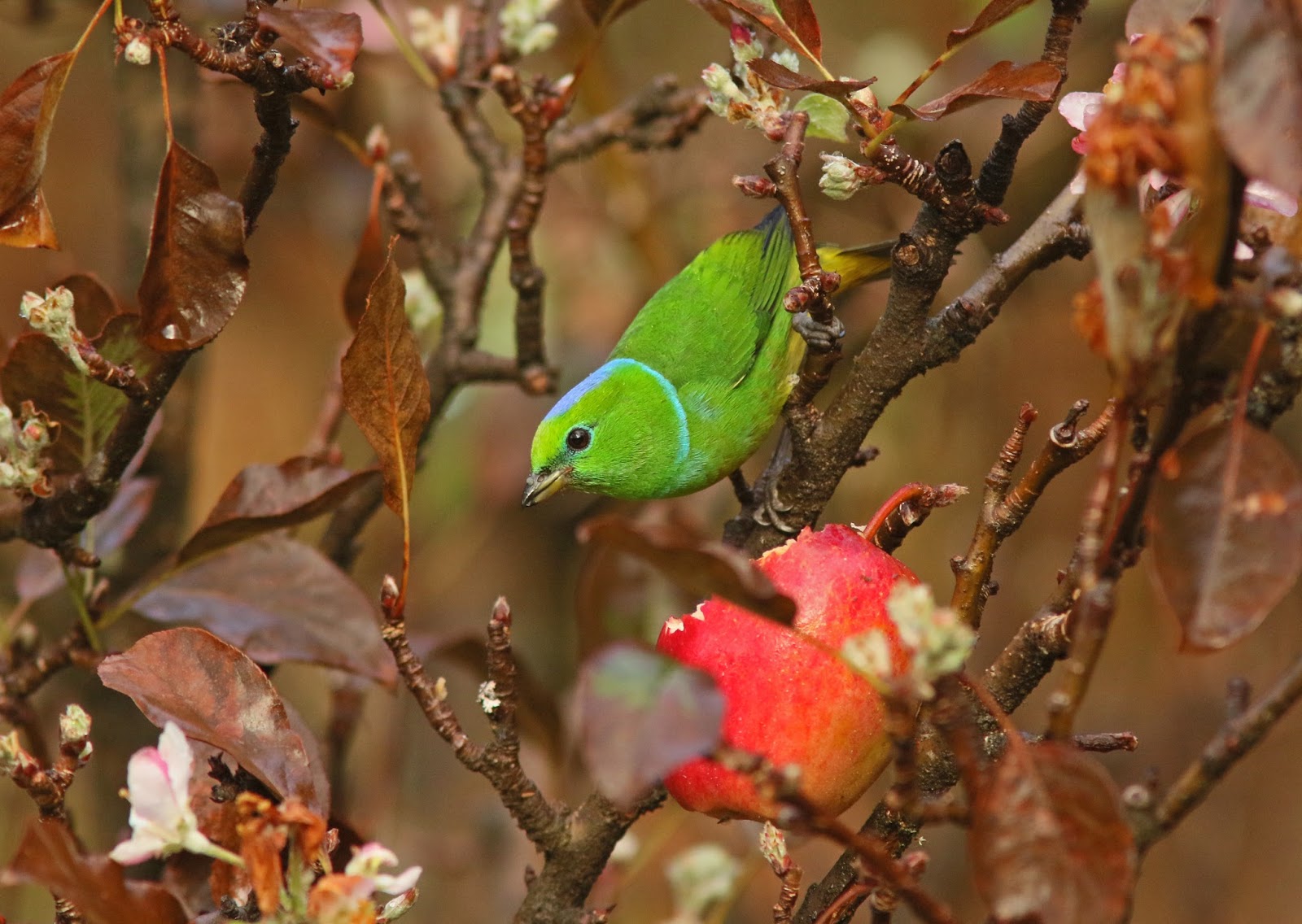 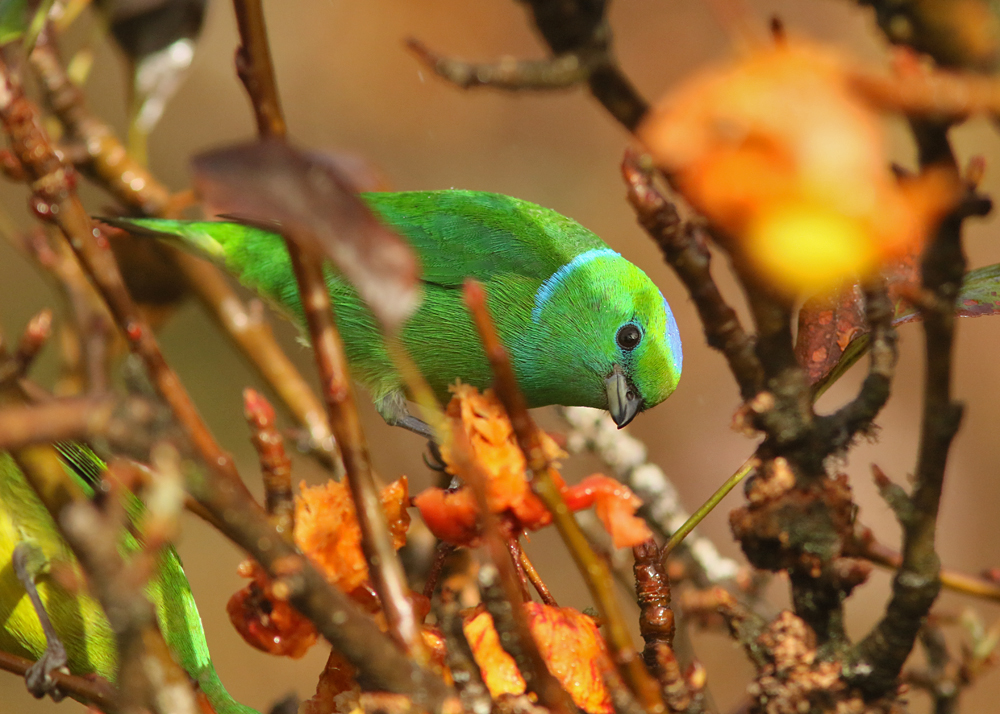 I think 3 was the most birds that I managed in one frame. 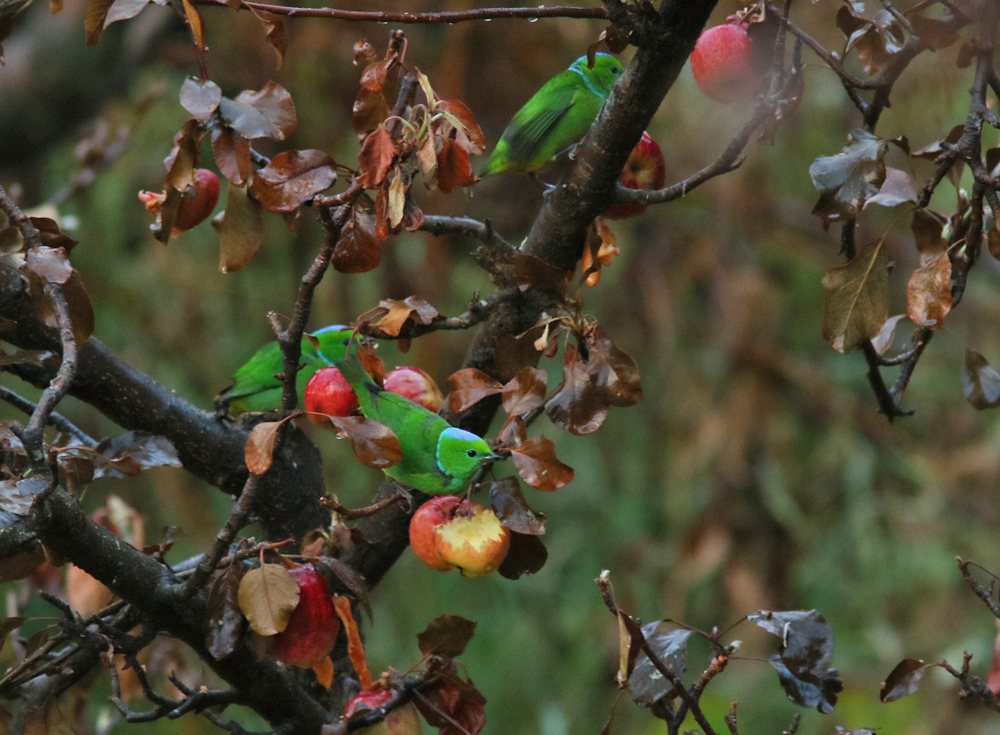 A few silver-throated tanagers were also working the fruit. 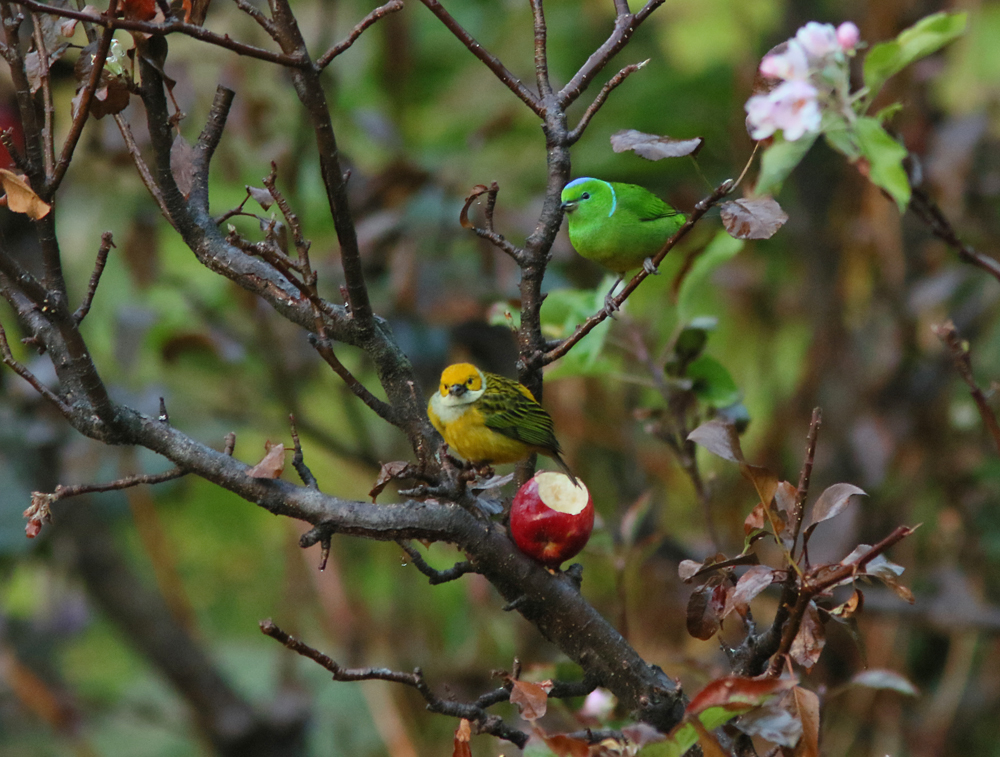 A small group of Sulfur-winged Parakeets flew into the trees across from the orchard but didn't fly in.  There were also a ton of Tennessee Warblers as well as my lifer White-naped Brush-finch, a bird that was pretty skulky and didn't give good views.

A last pic of some flowers in sunny backlit rain. 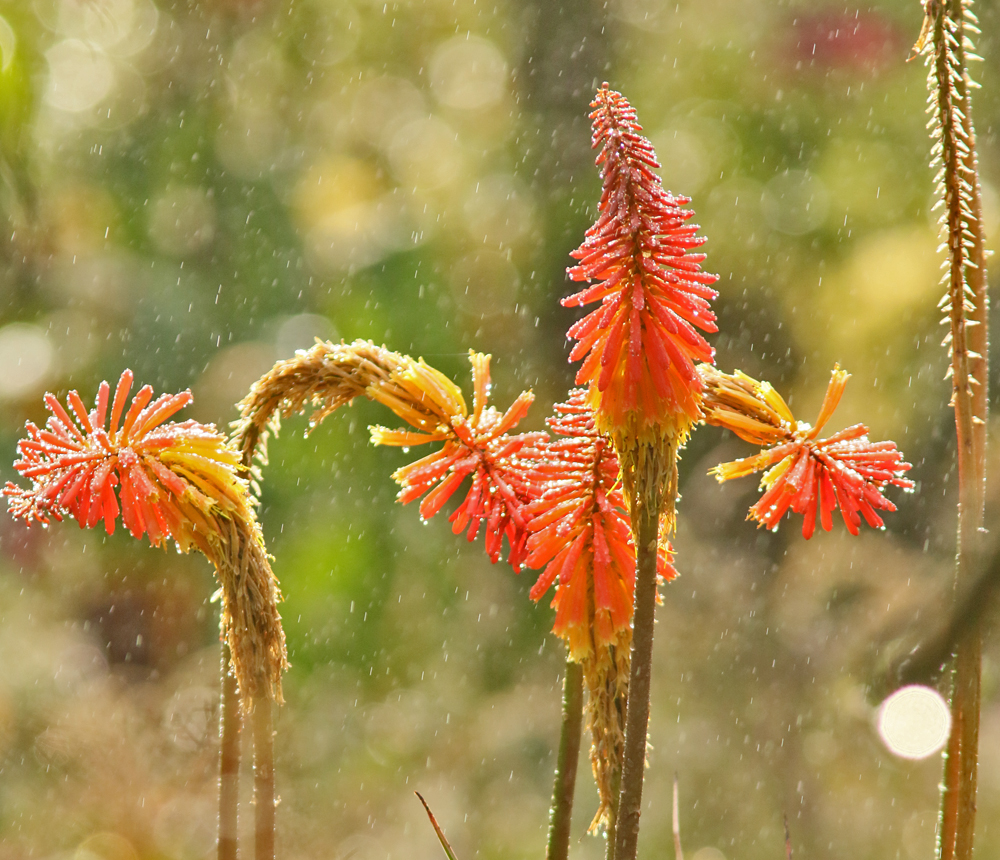 I'm sure at times there was a rainbow extending straight out from where we were depending on one's vantage point.  I suspected at the time that the hour we spent with the chlorophonias would probably be the highlight of the trip and if it wasn't then it was certainly close.
Posted by Matt at 10:50 AM