is I think what Vernon said annually falls at Tapanti.  Not surprisingly the rain from the day before continued.

We stopped on our way to the national park to take another crack at Orange-billed Nightengale-thrush, a bird we'd tried for the evening before (in the rain).  It didn't take long to spot this attractive species.  Later in the day we saw Slaty-backed Nightengale-thrush as well. 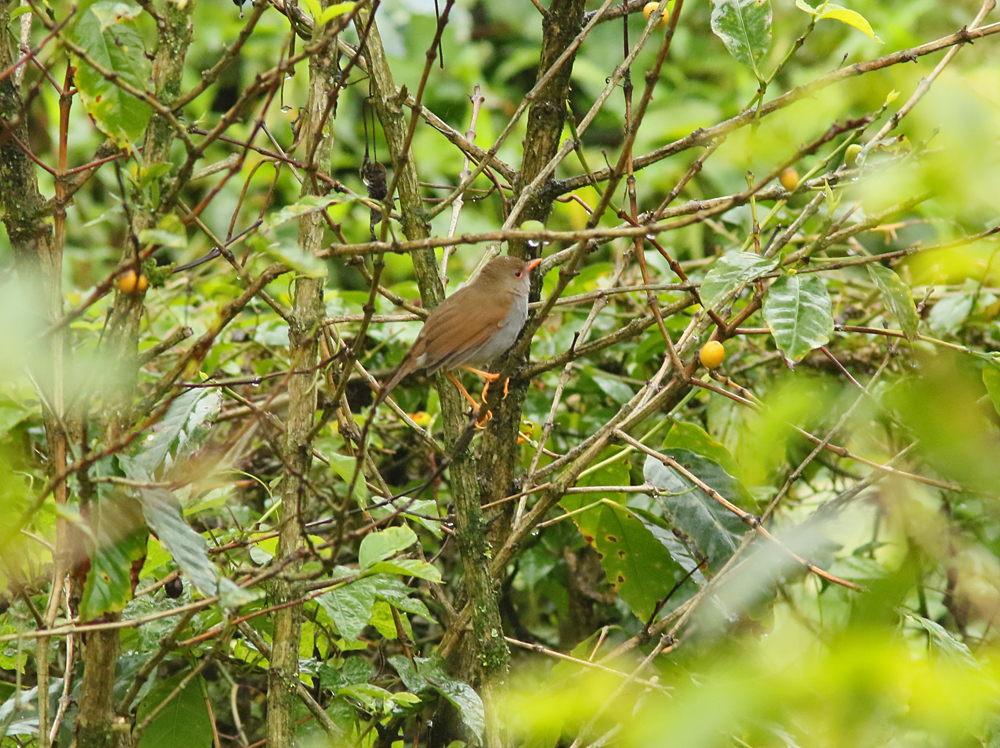 There's a lot of birds that occur just in the upper-mid elevations which would potentially be new and despite the rain (which continued all day), I got more lifers on this day than any other (about 13 out of a total of 30 for the week).  The rain made it hard to get pics without risking equipment and I mostly kept the camera under the raincoat unless there was something pretty exciting.  Prong-billed Barbet was my first barbet of any kind. 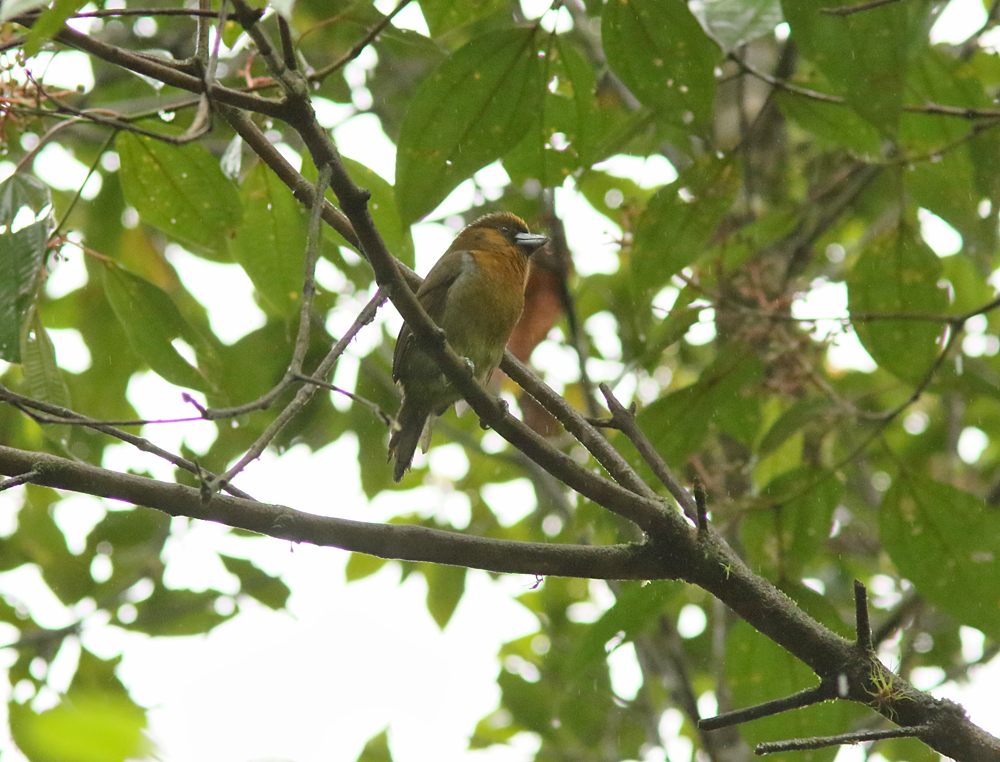 There's a whole mess of different furnarids, variously shaped generally small to medium sized brownish insectivores for which we have no real reference point for in the U.S.  This is a Red-faced Spinetail. 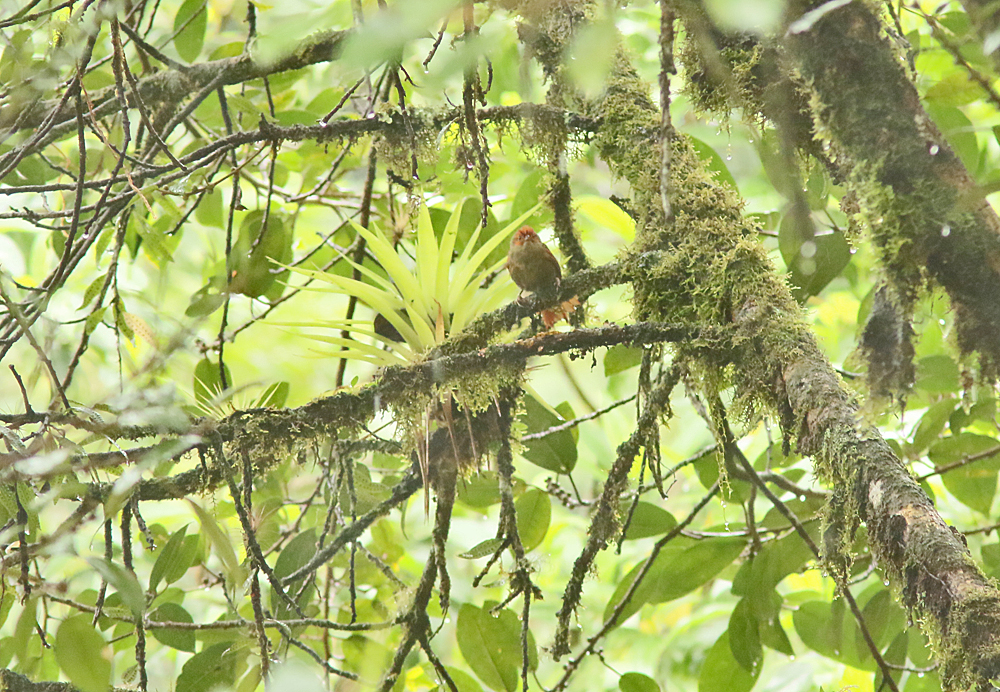 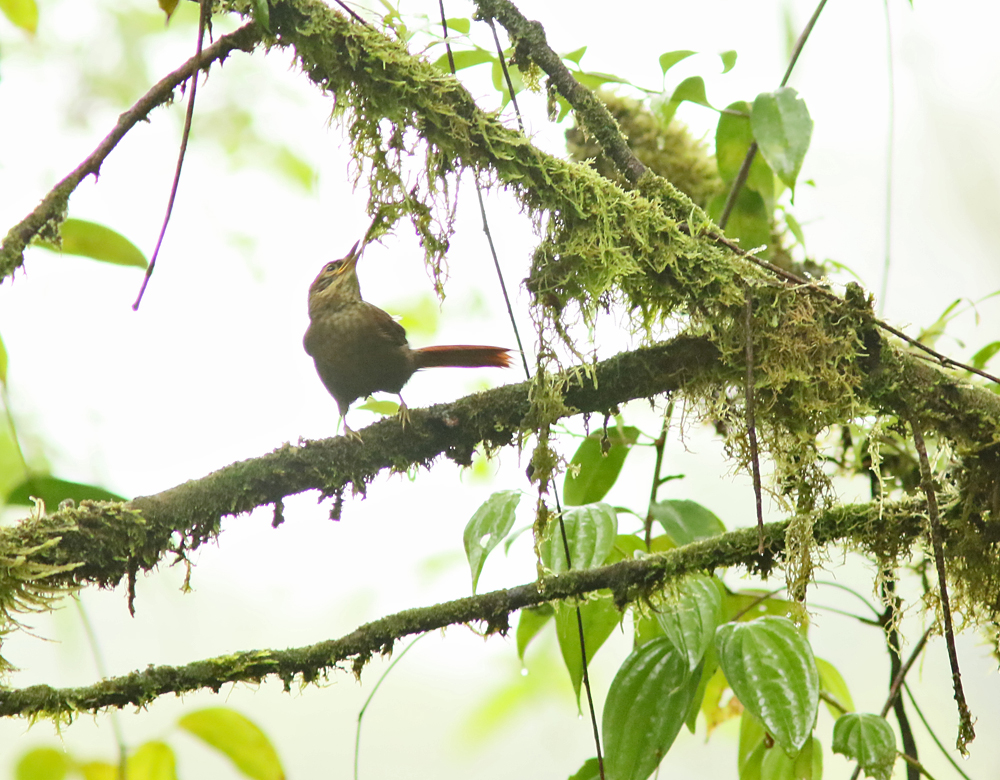 Spotted Barbtail is a bird that the book lists as a furnarid. 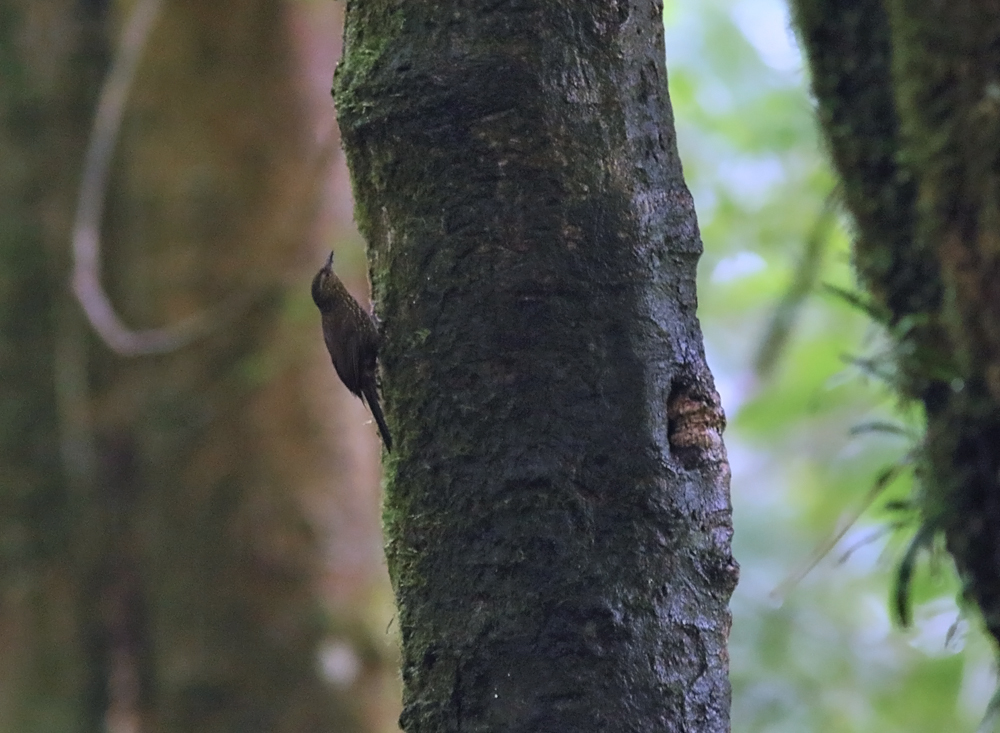 It acted (and looked) a lot more like a Woodcreeper.  I was able to identify it a couple times, other times it confused me.
Trogons will sit still at least.  We'd heard Collared Trogon in the highlands but had no success with seeing one.  On this day we saw both sexes.  This female's contentedness to just sit there was a decided contrast with a couple Azure-hooded Jays we saw a few minutes before. 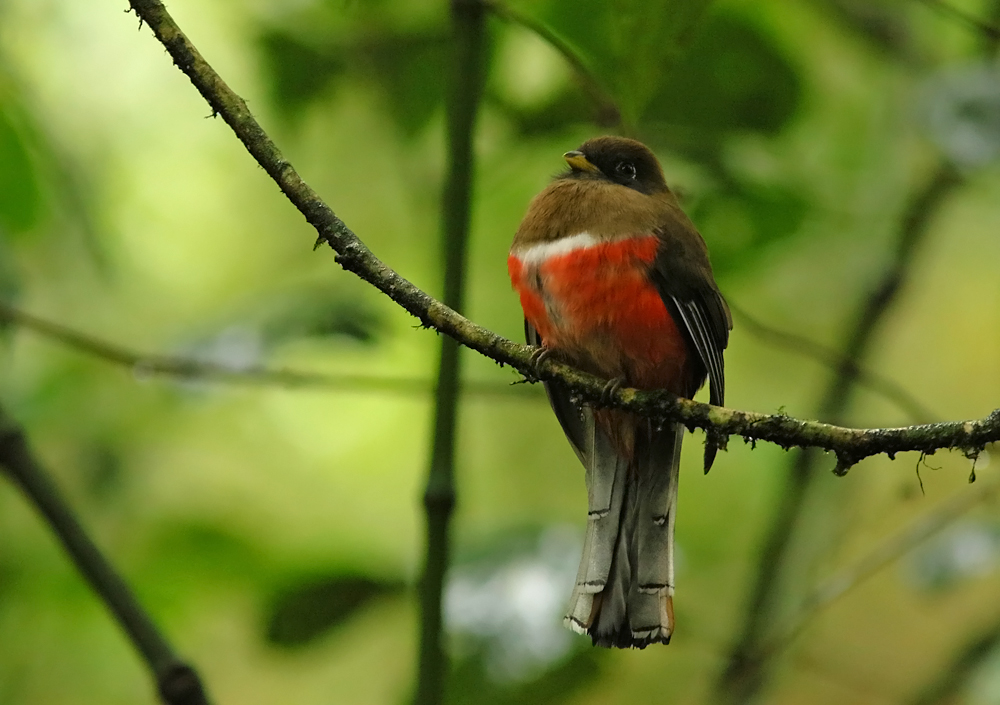 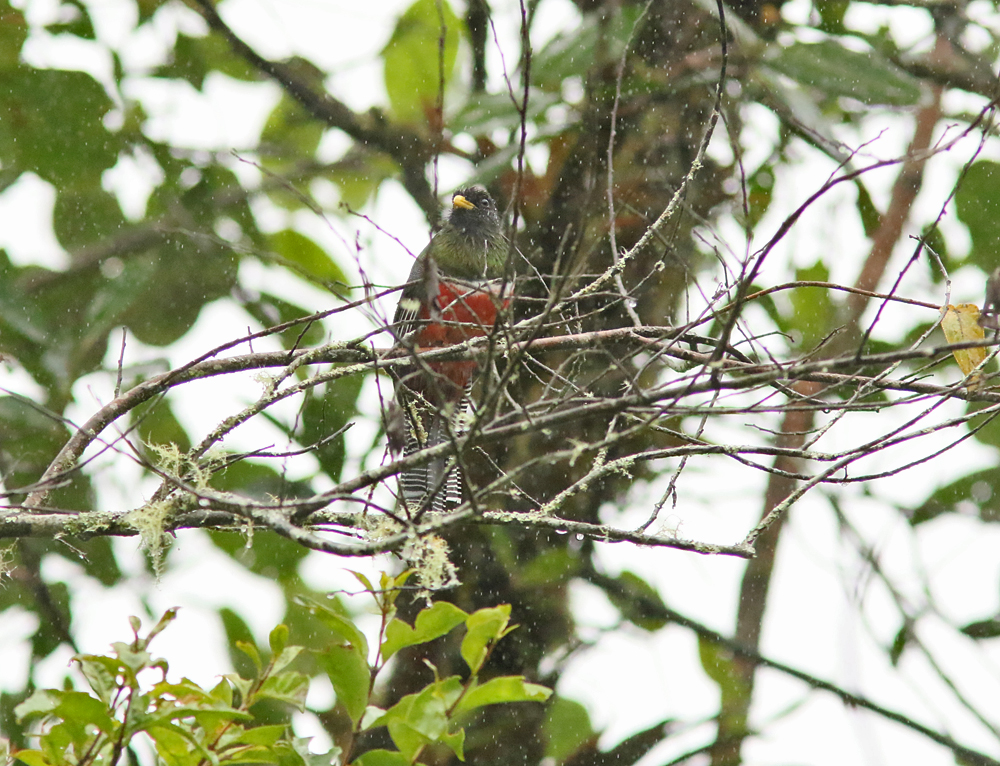 We alternated walking from shelter to shelter along the trails in the woods with walking the more open roadsides that offered more visibility at the price of more exposure.  We saw a few different hummingbirds highlighted by brief views at 2 new species of Mountain-gem for the trip as well as a pair of Black-bellied Hummingbirds that defied my attempts to get a reasonable pic.  We missed the Lancebill, a very local hummingbird with a 2-3 inch bill that likes to flycatch along little waterfalls and streams (of which there were many).  We also made a decent effort to find an antpitta; I'll spare you the suspense to say I've still never seen one.