The paramo is a habitat found above the treeline atop the mountains that form Costa Rica's spine.  The vegetation looks like a cross between sagebrush and bristlecone pines, it's thick, brushy and not super heavily populated by birds.  Really, what bird would live in an area at 11,000 feet of elevation with constant wind and fog when they could live in a nice comfortable jungle a little lower?

We made one stop as we departed Savegre valley as we headed up the mountain to the paramo and were met with fairly steady rain falling from a relatively clear sky.  I tried to take pics with the camera in a 3 gallon Ziploc bag which I found nearly impossible.  I managed one of a Spotted Wood-quail and gave up further attempts at photography at that location; I just couldn't see well through the plastic into the viewfinder and was depending entirely on auto-focus and the metering bars.  Instruments only photography is no fun. 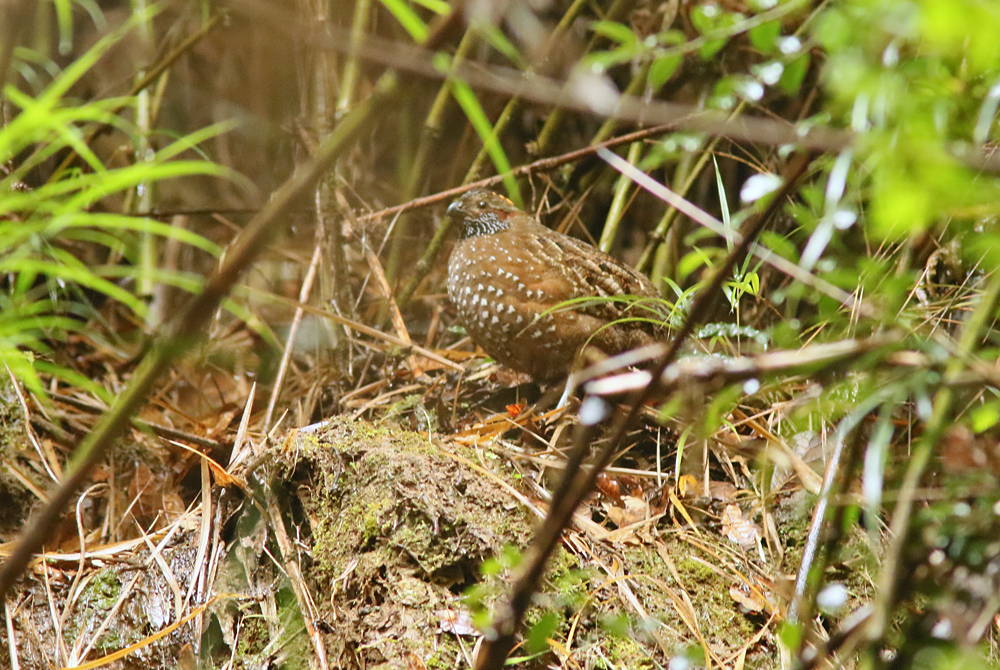 There are a handful of specialties only found in the Paramo though and for the 3rd straight year we attempted to target them.  This was by far the most successful I've been with them.  I mentioned in the last post that there was some light rain.  That turned into much heavier rain and even stronger wind atop the mountain.  It was 25mph gusting to 40.  I didn't have any hope of seeing much.  We did see a Volcano Junco along the side of the road but I didn't risk my gear to try to photograph it.  Vernon stopped at a hopeful looking thicket.  The wind was at our back and blowing the rain horizontally which made it easier to shield the camera.  He almost immediately taped in a couple Timberline Wrens. 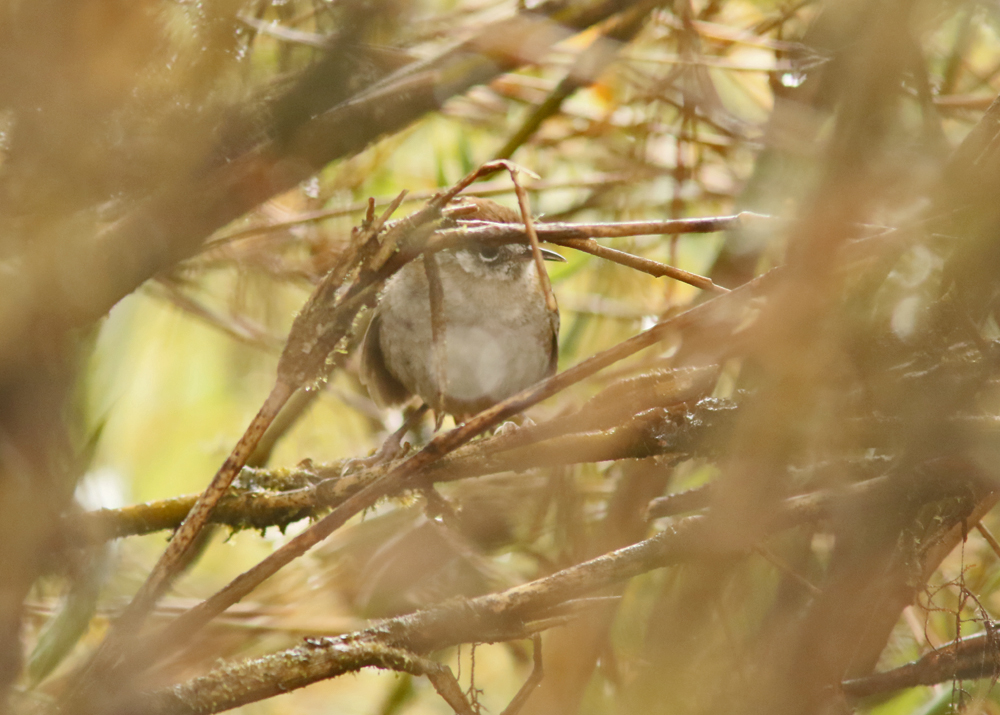 They skulked deep in the thicket.

A Peg-billed Finch followed.  It didn't like to perch for long in the howling wind (that apparently blew down one of the cell phone towers atop the mountain that afternoon). 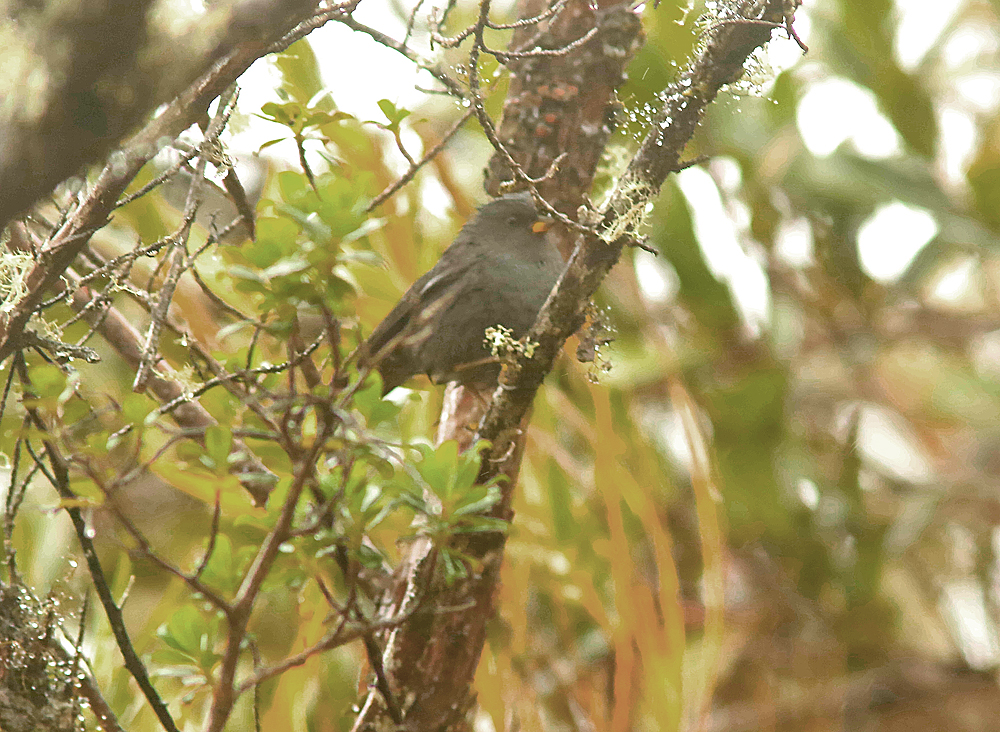 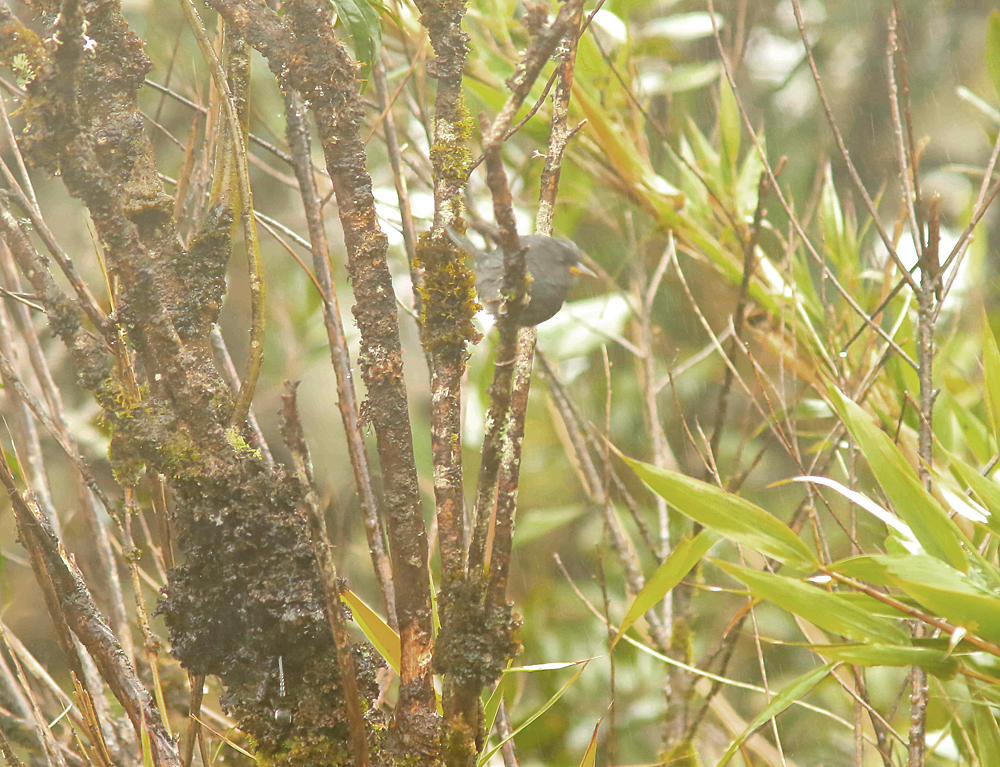 We started driving down the mountain and Vernon got out again at a fairly non-descript little patch of soaked thicket.  It contained a Zeledonia, also known as the Wrenthrush, an odd bird sort of believed to be an aberrant warbler but probably its own family altogether.  It's another bird that could give a Connecticut Warbler lessons in skulking. 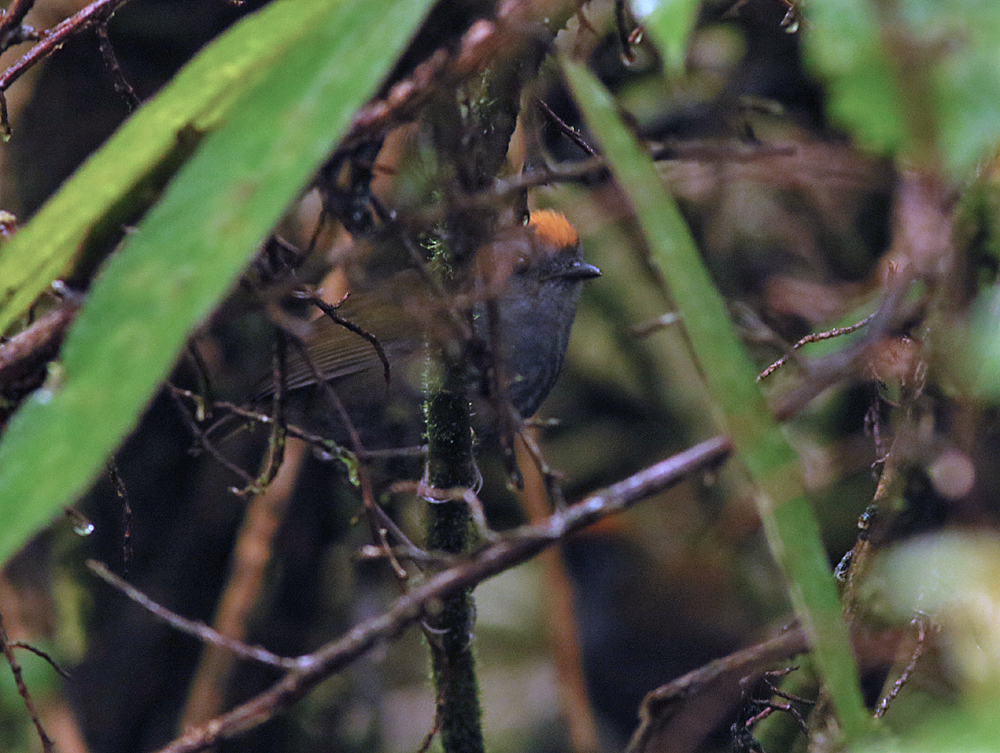 I've heard it twice prior but never seen one before.  I think there were 2 in this thicket.

Rain become more steady as we descended, sometimes under sun and other times under overcast creating by an order of magnitude the most intense rainbow I've ever seen. 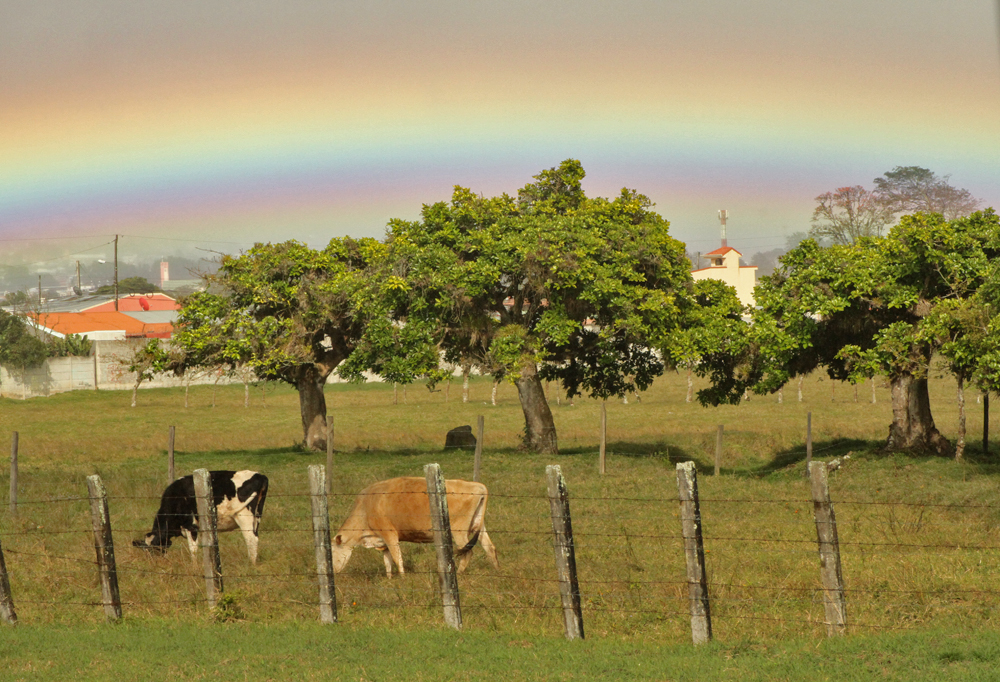 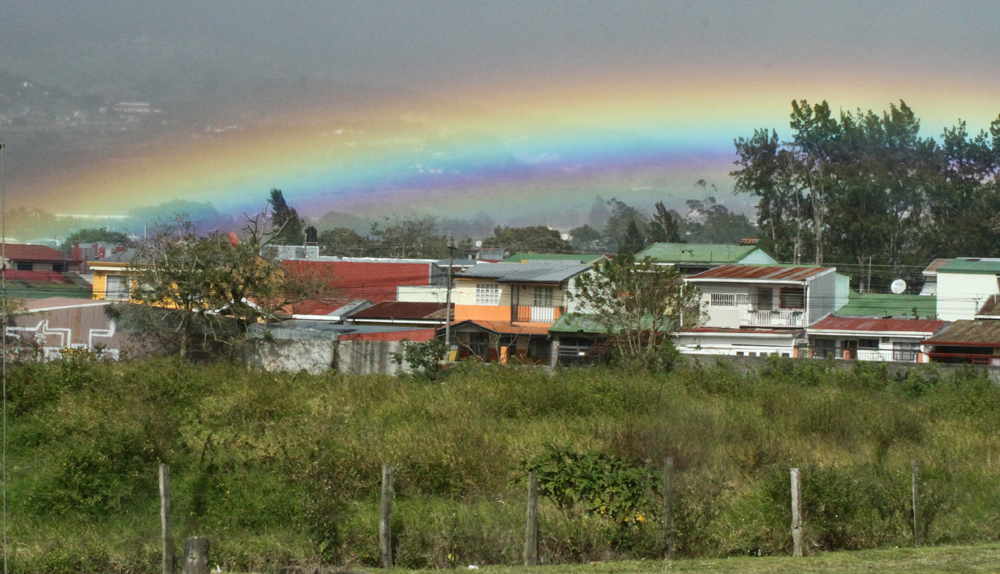