After connecting with the quetzals before breakfast we took a jeep halfway up the mountain above the Savegre Valley looking for the various small songbirds found in the mixed flocks.  We had some success, though the flocks tended to be fairly high and somewhat disparate.  Rhoda pulled out an Olive-striped Flycatcher for my first lifer of the day, though it slipped past before I could get a pic. 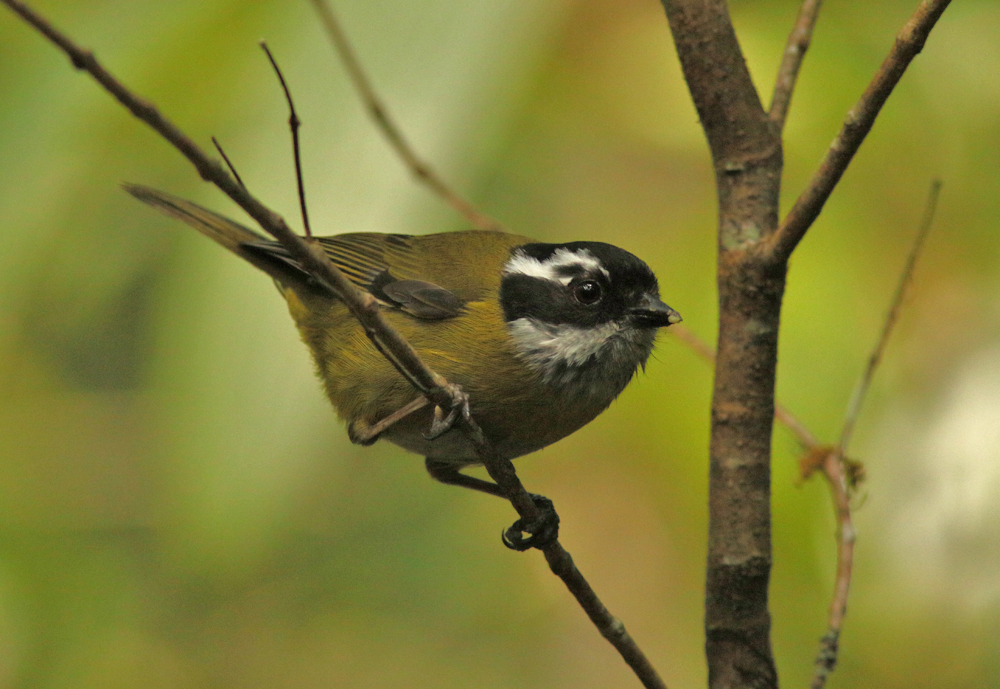 Probably the highlight of the morning was a close look at my second ever Streak-breasted Treehunter.  It acted like a foliage-gleaner, which isn't a great description for those not initiated in the neo-tropics. 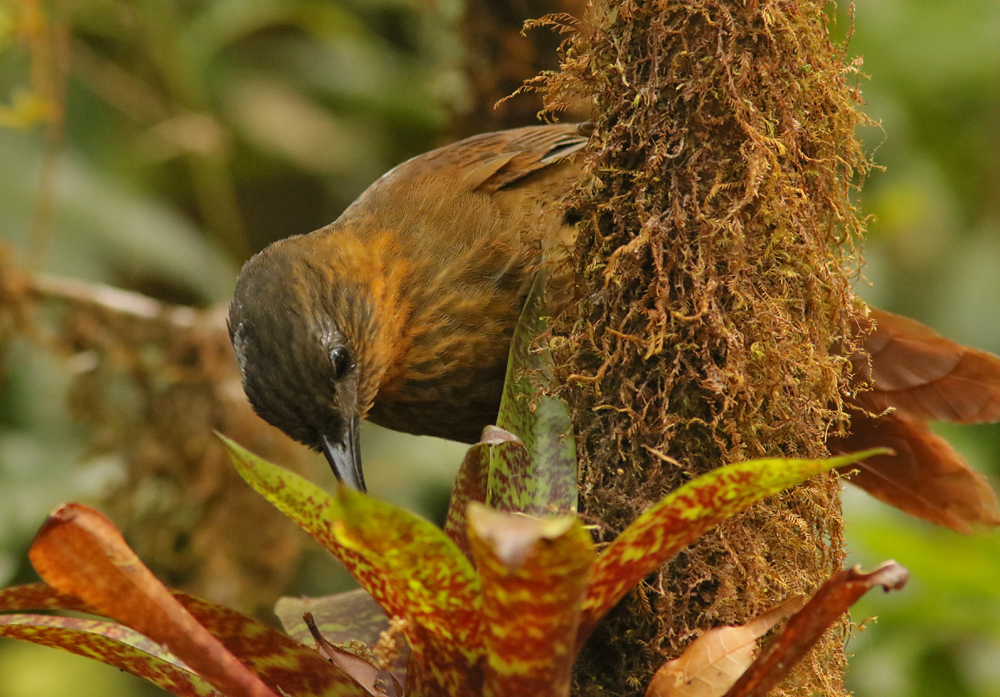 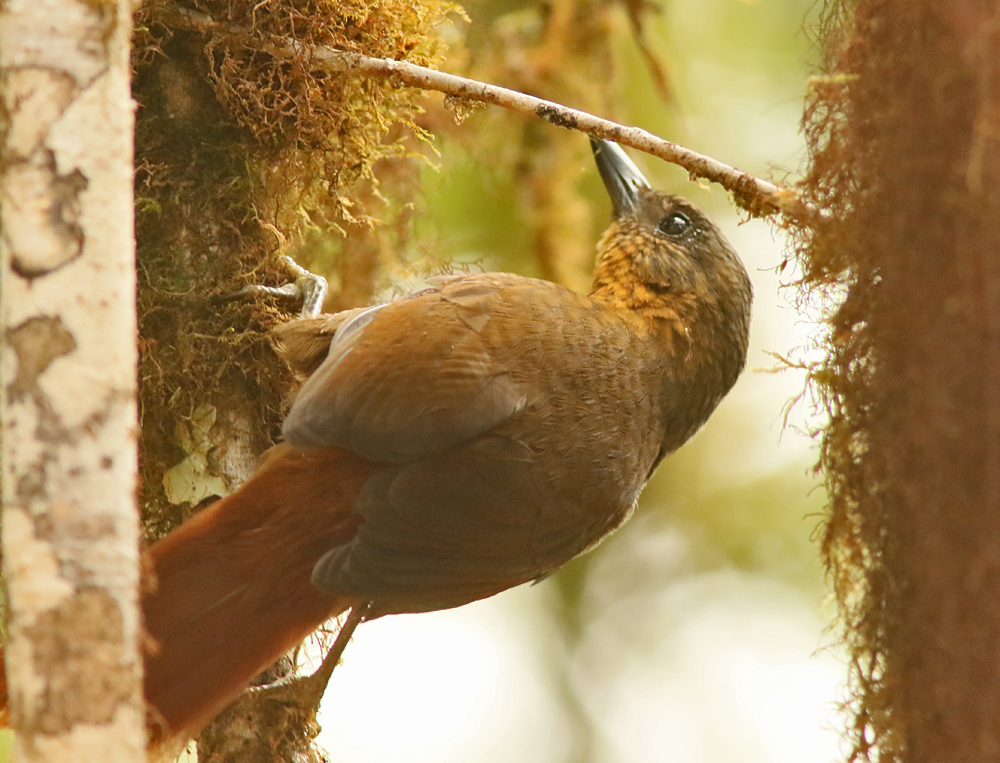 It had the body size probably of a Hermit Thrush but with a much heavier bill and a long rufous tail and foraged with the style and activity of a creeper crossed with a kinglet.  It was close enough that its size made it very difficult to photograph; if autofocus was relied upon then the shoulder would be in focus and not the head.  It didn't hold still long enough to focus on the head and then move the frame to center it. 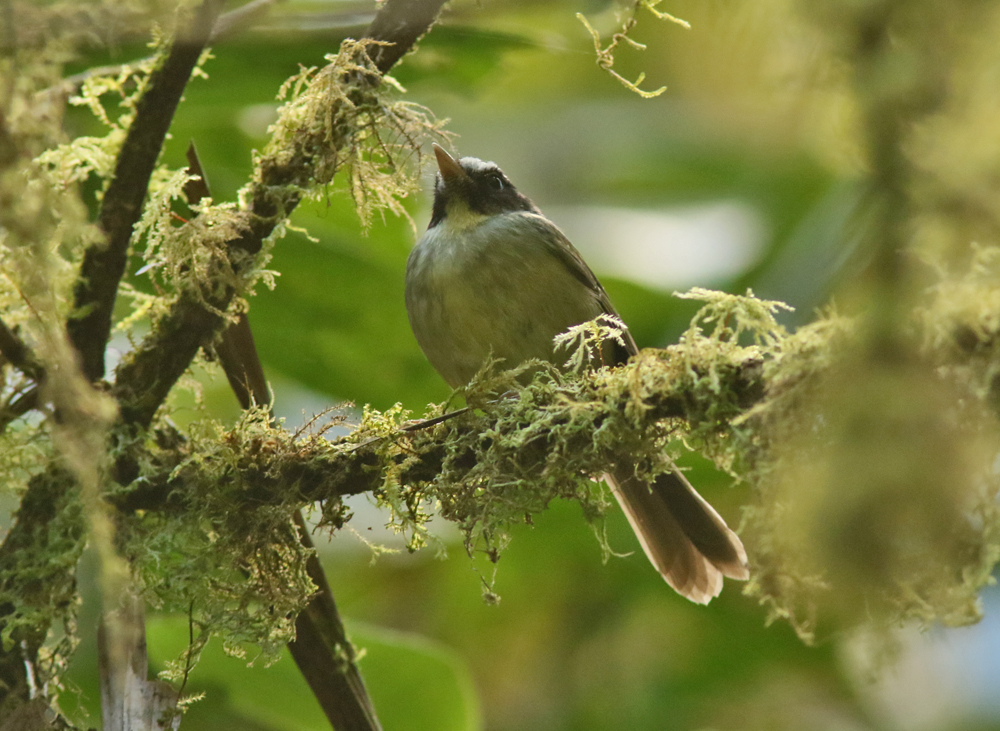 the opposite of Black-faced Solitaire, a bird that doesn't move at all while calling out with beautiful clear ventriloquial tones. 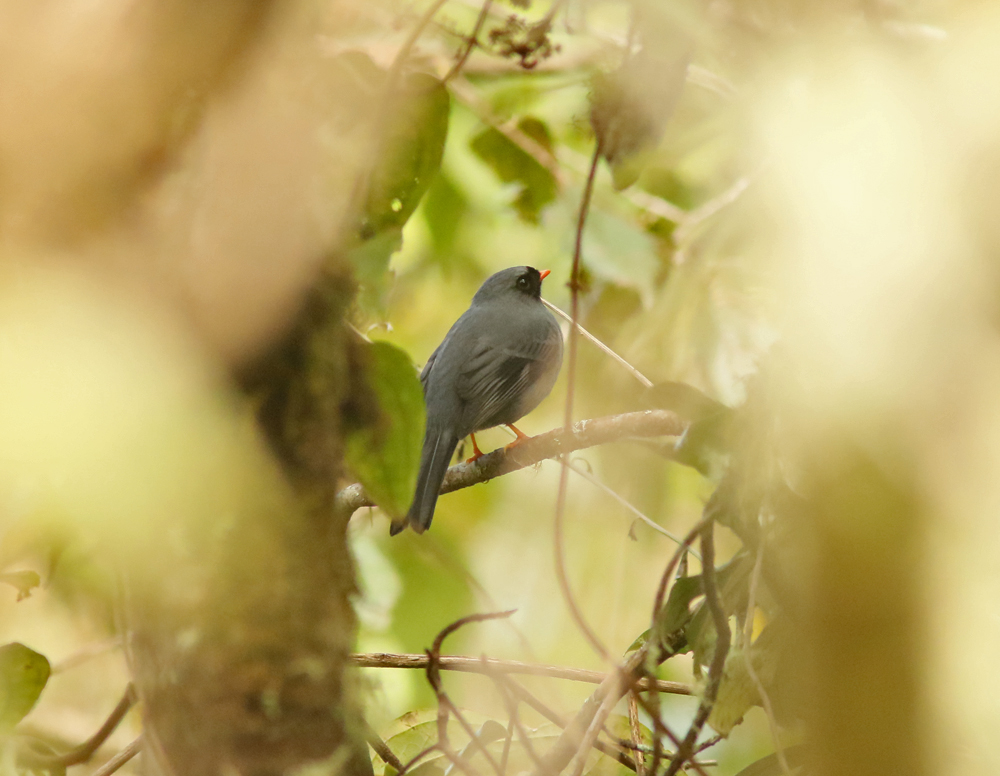 Warblers became more prominent as we headed down.  Flame-throated and Black-throated Green were dominated in numbers by the ever-present Wilson's Warbler. 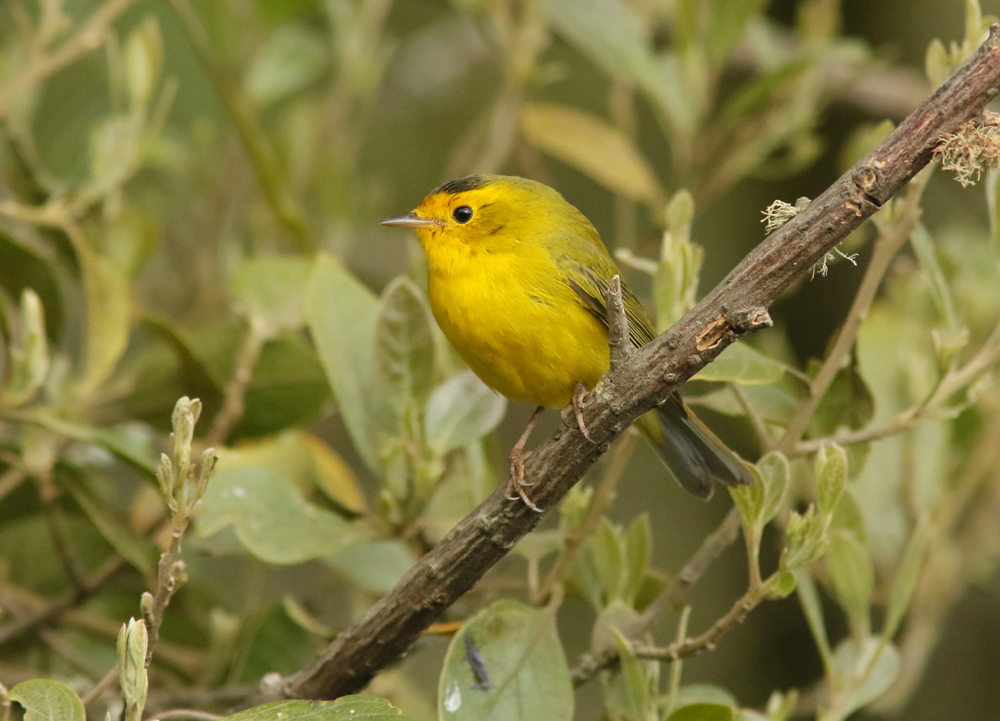 We had a brief look at a pair of very local birds, the Barred Becard. 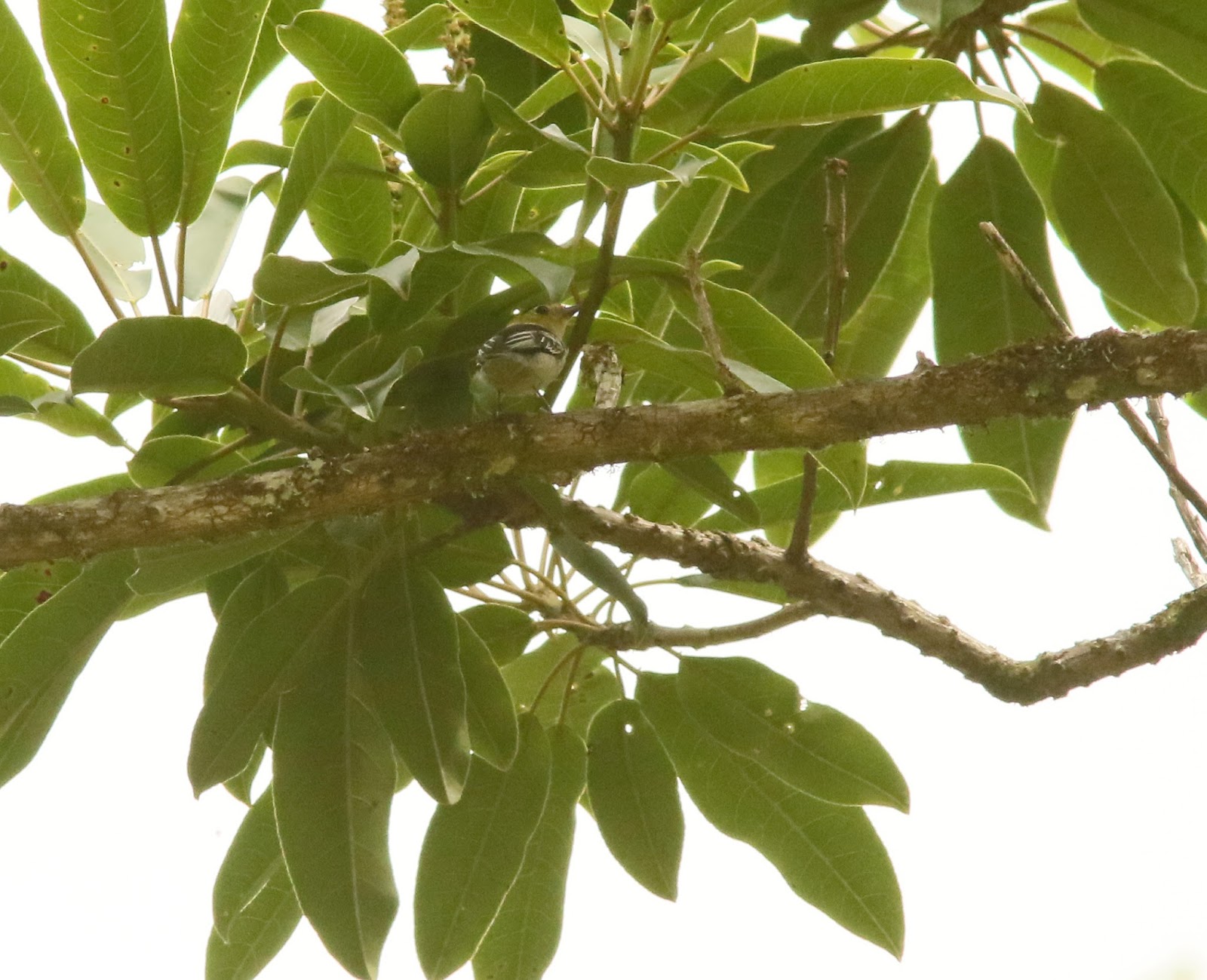 Golden-bellied Flycatcher is a bird I've seen each time I've birded this area, but never more than once or twice. 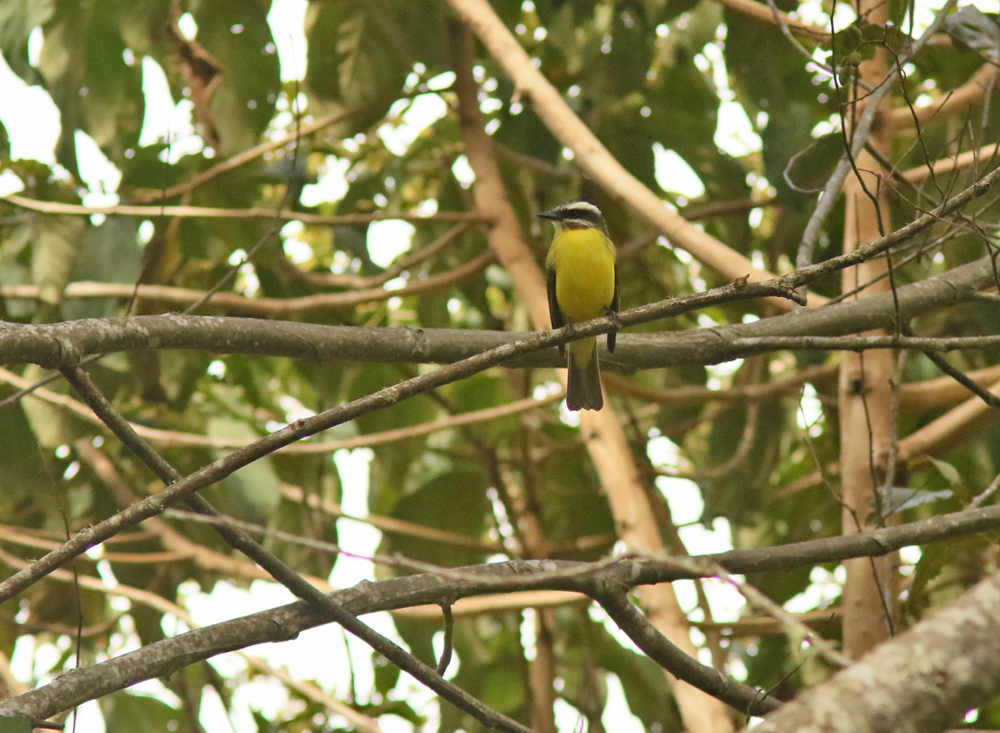 It favors the treetops which makes it a hard bird to photograph.  Other treetop dwellers we heard but couldn't find despite a good deal of effort were Ornate Hawk-Eagle (doh!) and Rufous-browed Peppershrike.

A view of the 4x4 vehicle that crammed all 8 tour participants in the back with room for the driver and Vernon, our guide, in the front. 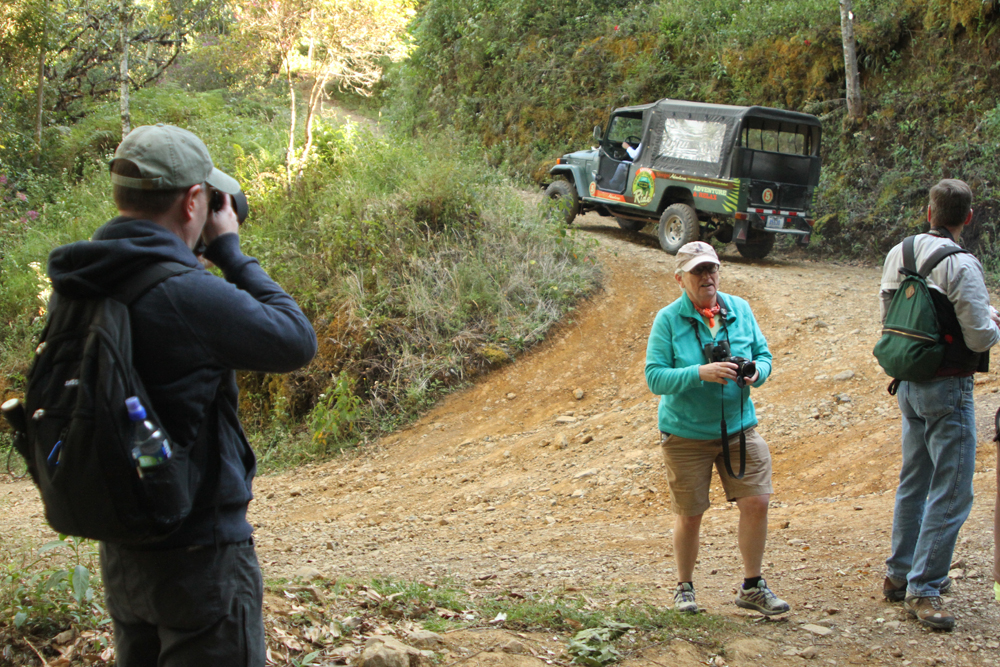