With not a lot doing in the way of migration at Tiscornia this morning, I joined the exodus when an Eared Grebe was reported a bit inland.  I however didn't go look at the presumed Horned and went to walk Whirlpool instead.  Birds were singing, crows were cawing, sandhills were sawing (or whatever they do), and then I heard something croak softly that sounded intermediate between a crow and a sandhill.  It took a second for the sound to register, but when it did I looked up to see a big black bird approaching...

It had to be my county lifer Raven, though the silhouette in the view finder was a little thrown off by its central tail feathers not being fully grown.  If you zoom in you can see the honking big bill 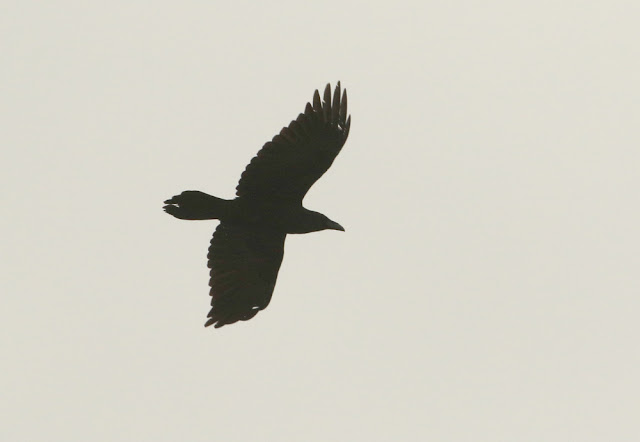 A (considerably smaller) crow started to mob it as it flew away, quelling any worries about the ID. 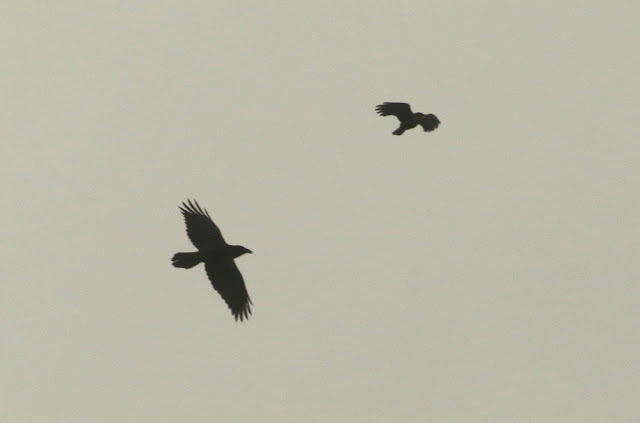 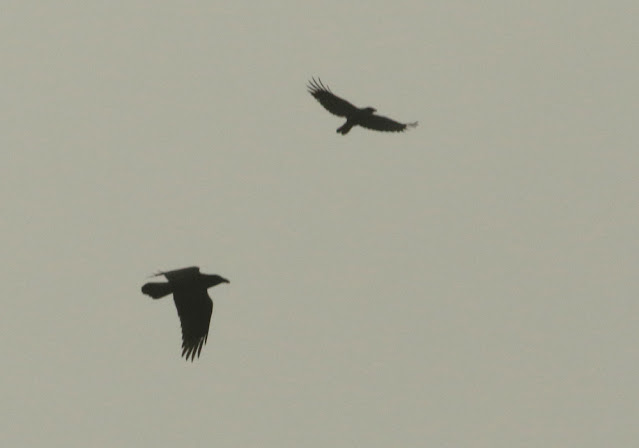 There reportedly is a nesting pair about 11 miles to the northeast, and Raven sightings have been increasing a lot the last couple years in Berrien ... will we have it at Tiscornia soon???