In the late afternoon of Day 1 Alex took us to walk a little entry road which led ... I'm not sure where.  The gate was closed.   But we found a flowering cactus which was attracting an impressive number of birds.  In my mind orioles are one of the hallmark birds of Mexico.  They have a wide variety of species and we encountered a handful that were new for me.

This is Black-vented Oriole, one of the more common black and yellow species in the south. 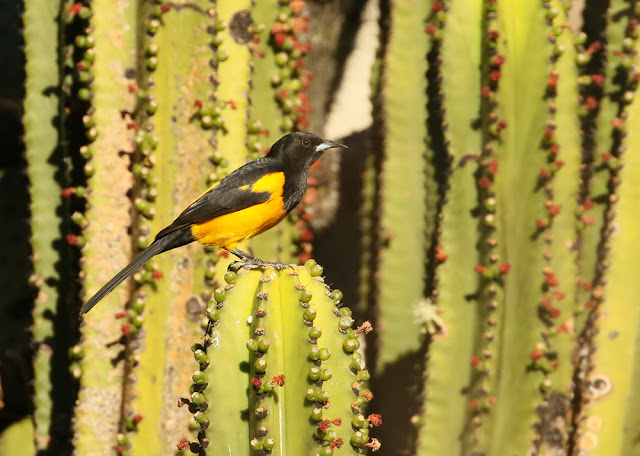 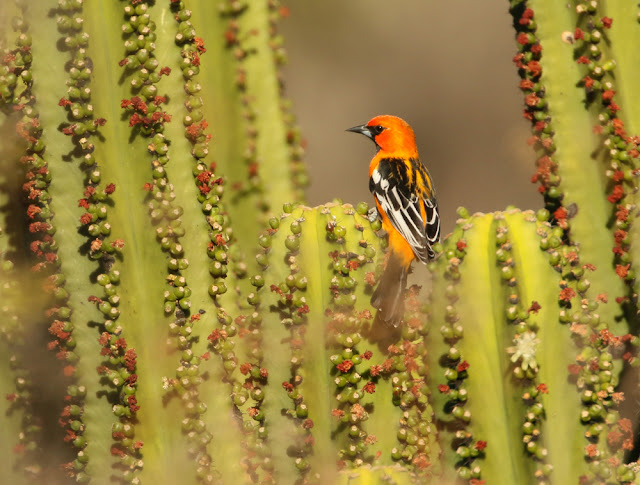 Even the House Finches were in bright colors, much brighter than the ones on my feeder. 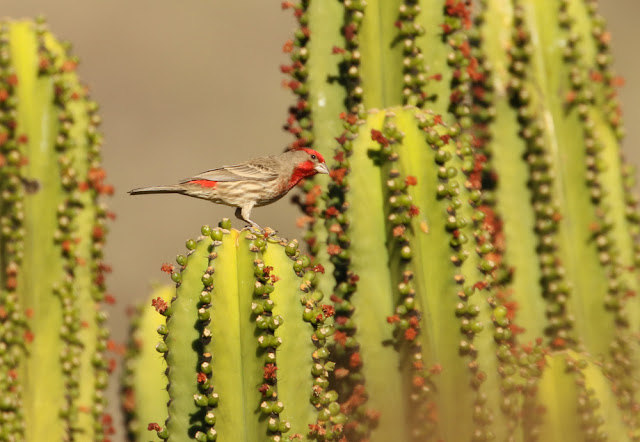 I don't remember Curve-billed Thrashers in the southwest being this heavy billed, though whether that's because there's an actual difference or because it's been years since I've seen one I don't know... 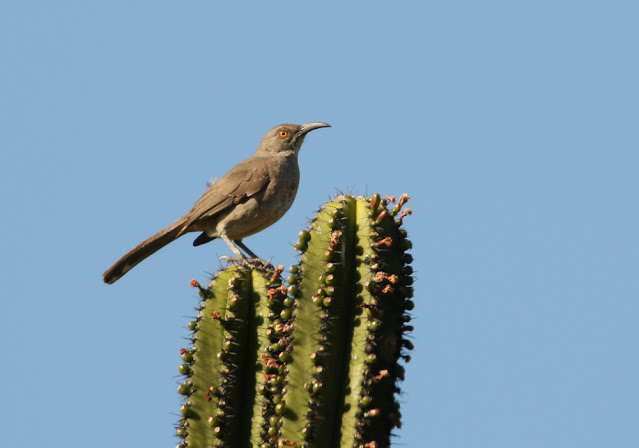 Finally a look at a female Beautiful Hummingbird.  It's a close cousin to Lucifer, but just like Lucifer I've only seen one female 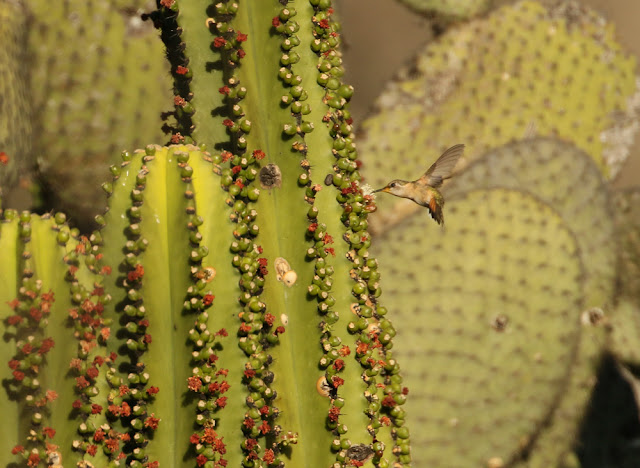