and apparently excited by the spring.

I went down to 3 Oaks to pick up the WF Geese that were there yesterday.  The geese were indeed there, but 5 trumpeter swans were as well.  I guess I shouldn't have then been surprised to find more trumpeters at Avery and Buffalo, but it was the most I've ever seen in the county (the bird 5th from the right is a tundra).

And while we typically see swans swimming placidly on lakes, these were yelling and honking, sounding like really loud geese whose voices had dropped an octave.

Trumpeters can be hard to separate from Tundras, but when they're side by side it's a lot easier. 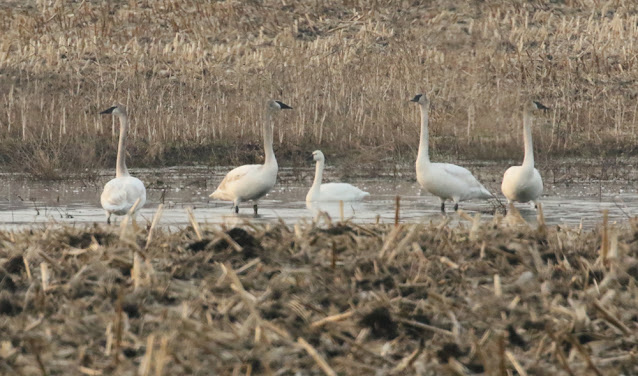 The tundra's head is much rounder, it's bill is a lot shorter (and less sloped).

The tundras were also yelling away, but their voices were a lot closer to a Ring-billed Gull's (probably fighting words). 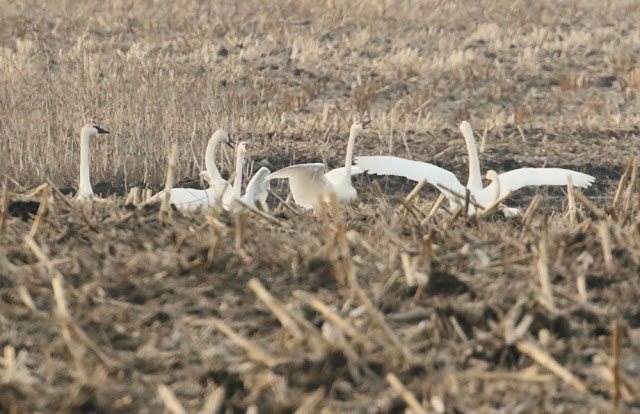 If you want to take a listen, the eBird checklist has recordings of the birds.

Finally a pic of the White-fronts (admittedly wretched light since I went before the sun rose) ... along with what else, a trumpeter... 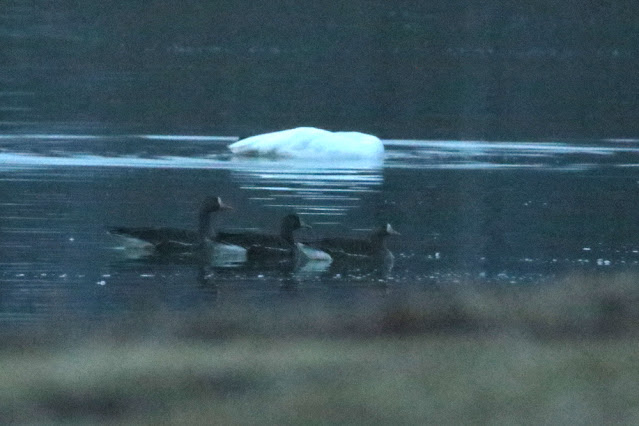