Returning to Mexico, and piggy-backing off of the last post, is Barred Owl's southern cousin, Fulvous Owl. 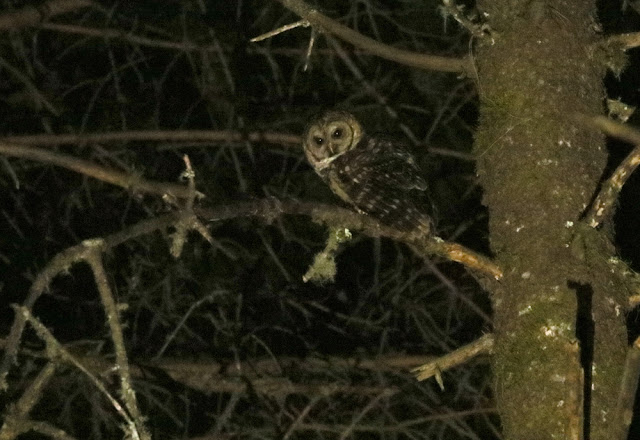 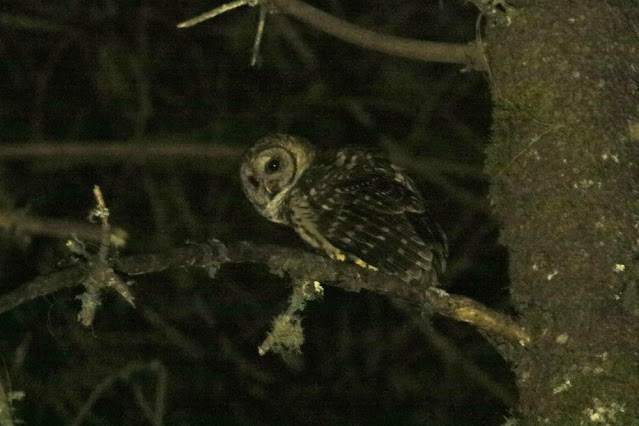 It was too distant (and lit dimly by flashlights) to see if it's actually warmer colored than ours.

The sound very much had a Barred Owl cadence, but stayed on one pitch, and didn't fall off at the end in the characteristic Barred Owl ending, so no hooo-ahh.  They turned out to be reasonably common since we heard them on a couple different nights, sometimes spontaneously, even though they seem to have a pretty limited range. 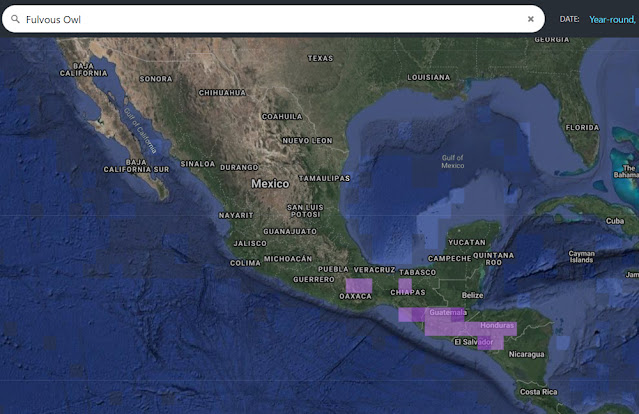 Here's Barred's for comparison.  There's a few pips in western Mexico that's currently classified as a subspecies of Barred, which doesn't make a ton of sense given how far apart they are from the rest... 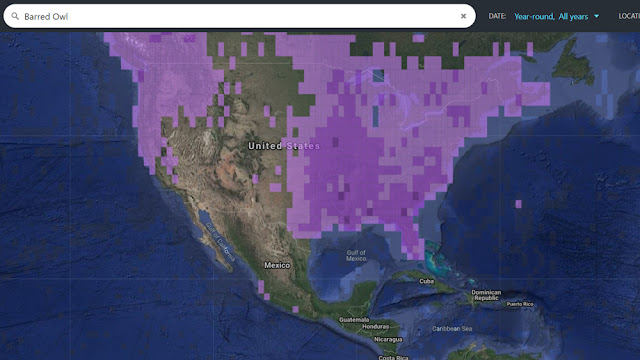 A quick search on SORA doesn't really seem to reveal very much in terms of why the west Mexican ones are subspecies of Barred whereas the east Mexican (and Central American) one is its own species.  (I probably should listen on xeno to see if the other one has a hooo-ahh maybe)