Most of the winter trips I've done over the years have visited areas with GREEN.  Well, there was green in the desert ... it was just in cactus form for the most part.

After our morning in a shaded mid elevation slope we dropped a thousand or so feet lower to target some desert birds.  Bridled Sparrow was one of the most dramatic. 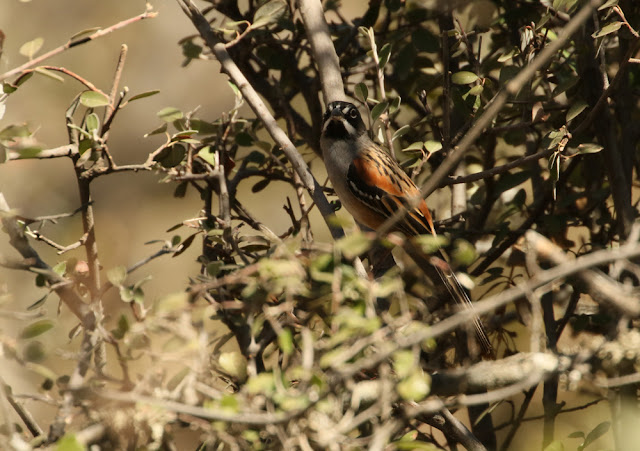 It looked like a Sage or Black-throated class bird ... except with some really rich rufous in the wings and upperparts.  There was a pair that came scolding into Alex's recording.
He also showed us a few Oaxaca Sparrows that skulked a lot more. 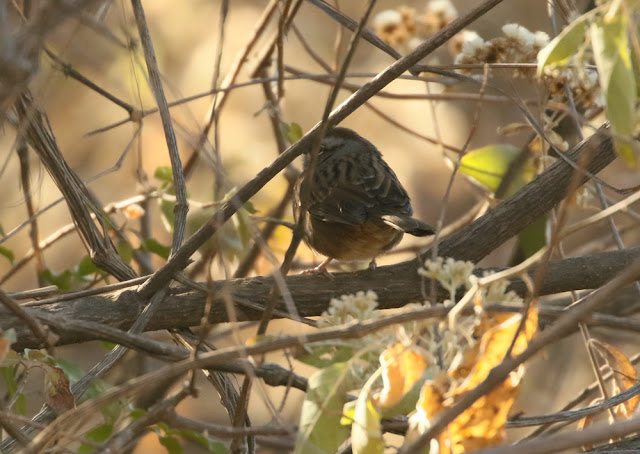 Of course the stick obscures the black lore and bill.  Otherwise the bird looks a lot like the more widely distributed Rufous-crowned, which reaches our southwest as well.
And speaking of our southwest, the bird that I probably most associate with SE Arizona appeared, Painted Redstart. 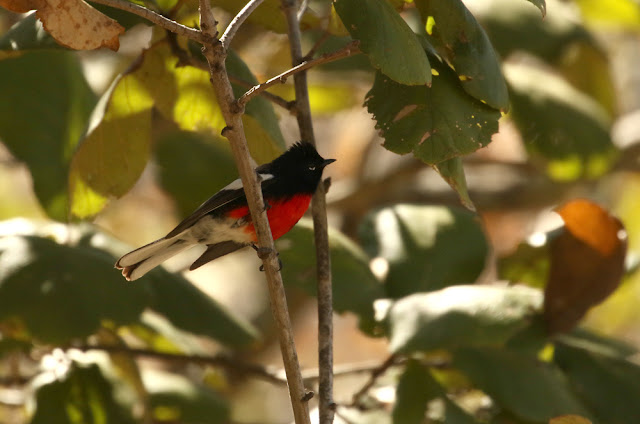 A female Elegant Euphonia also preferred to stay as deep in the shade as she could get. 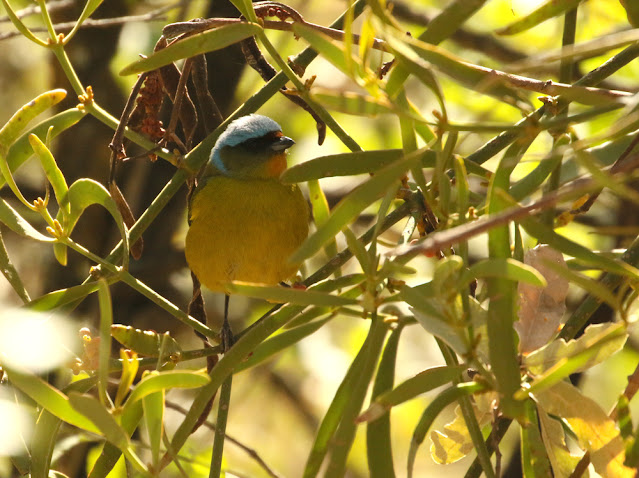 But not Boucard's Wrens, a cousin of our Cactus Wren.  They had no problem scolding away at us in the open... 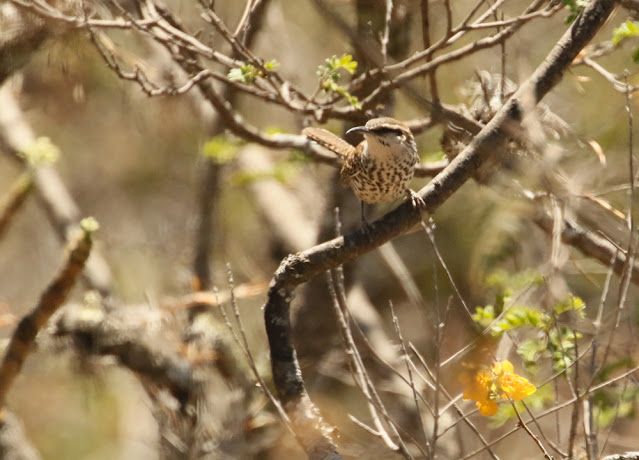 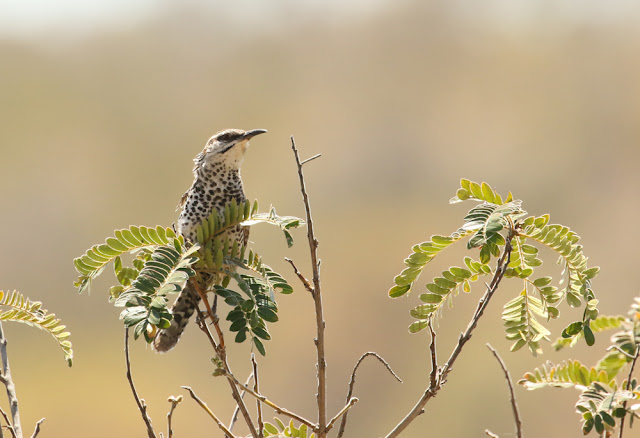 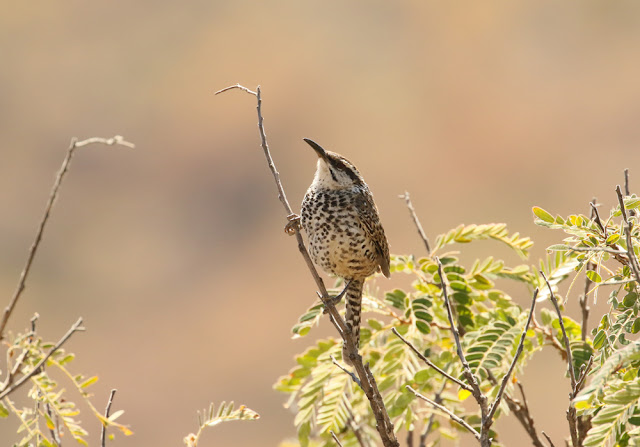 We worked really hard to get a terrible view of an Ocellated Thrasher; fortunately for us we'd see the much rarer thrasher again later in the trip, but this was our only time with Boucard's or the two sparrows.

Finally a view of the desert... 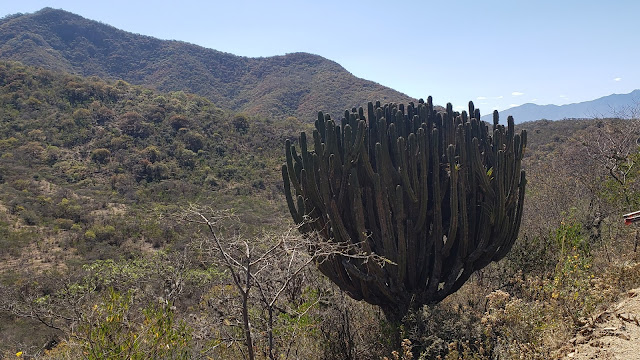