Surprisingly, I don't think any of the people on this year's trip to the neotropics were Jimmy Buffett fans...

Earlier this winter we returned from the southern Mexican states of Oaxaca and Chiapas.  It was a relaxing trip that, as usual, tried to cover an ambitious amount of ground.  Our guide started us with night-birding right out of the gate and our first bird was Mexican Whip-poor-will, who ironically trilled his second syllable, making it sound like it too was rolling its R's.

A marvelously crimson-breasted Slate-throated Redstart in some mountains north of Oaxaca was the first bird we saw (while listening to a Chestnut-sided Shrike-Vireo no less), appropriate since warblers were many of the highlight targets for the trip.  Within minutes (and before the sun had even hit our corner), a Red Warbler materialized out of the duskiness.  Our guide was surprised since they would be more common in higher elevations the next day, but I spent some time following it anyway. 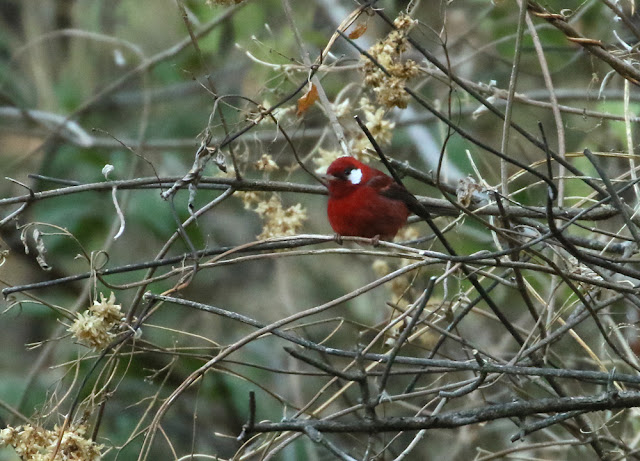 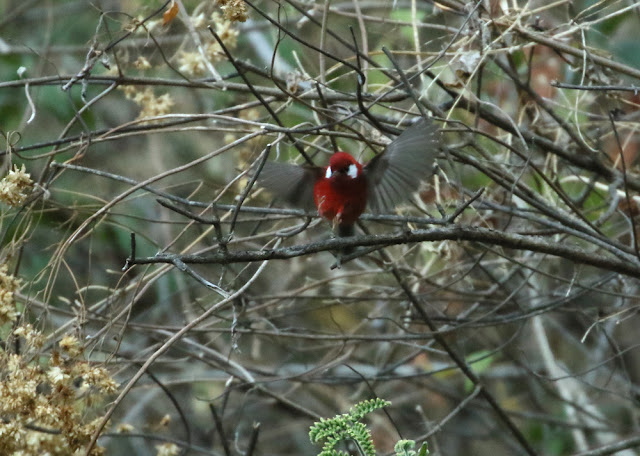 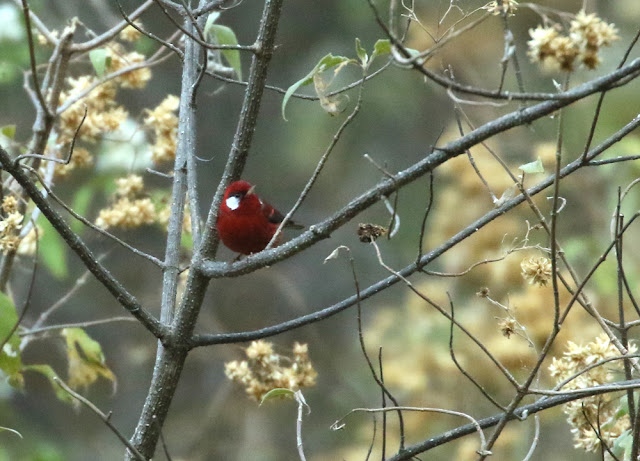 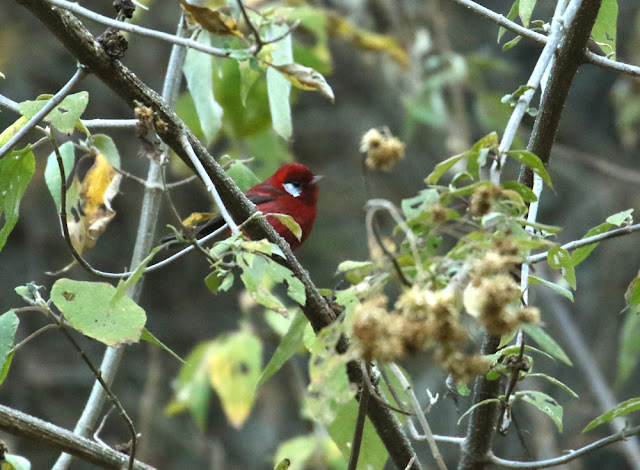 The white cheek on the deeply red bird just popped.  As it turned out, that was our best view of it on the trip so I'm glad I photographed as I could despite the dark!

In reading about Red Warblers, apparently they build domed (ovenbird like?) nests out of pine needles on the ground with the male following, while the female does all the work.  By foraging in the mid-story of the forest they avoid competition with the wintering migrant Audubon's and Wilson's warbs, leaving the treetops for "our" birds.