Earlier in the week I was whistling saw-whet in a pine stand.  The wind bit through my clothes, but low in a needle-y knoll there was some (much welcomed) shelter.  And as I whistled, there started to be a little noise in the trees overhead.  It created an eerie feeling, anticipation mixing with the unknown.  Something was there in the night, but what?  Maybe bill clicking, maybe a small mammal, maybe even the saw-whet.  But then 10 times bigger and 15 feet from my forehead, a Barred Owl belted out, "Hooooo-ahhh!"   I wasn't the only one interested in seeing a Saw-whet!  It was a climactic moment.  Though the Barred, as far as I know, flew away hungry.

So today as I was walking some bottomland forest it was again fun to hear Barred Owls, this time calling in the daytime, and quite close.  One soon flushed, but didn't go far, and teed up nicely. 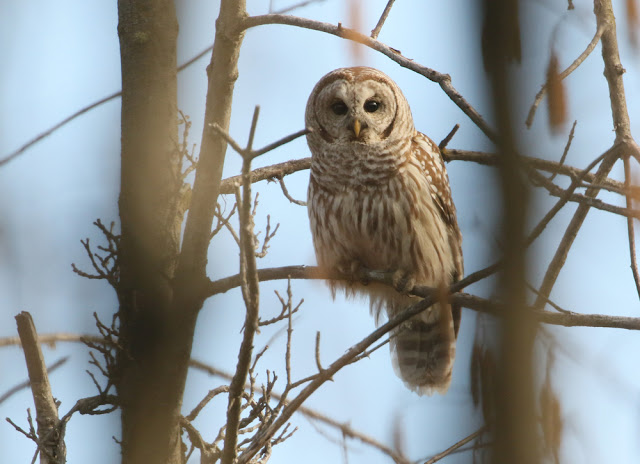 Here it's looking off for the other calling bird. 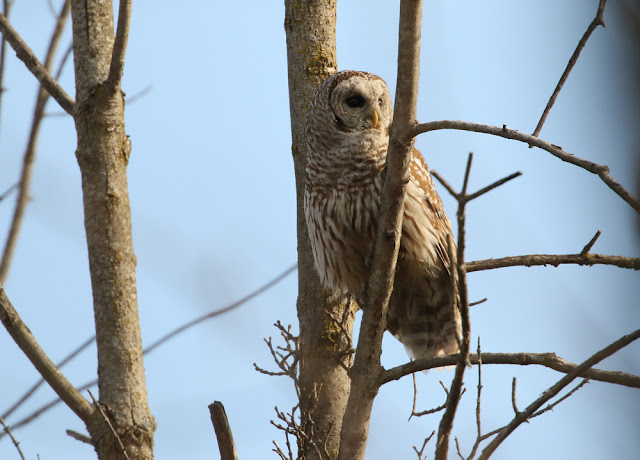 And now leaning forward to answer. 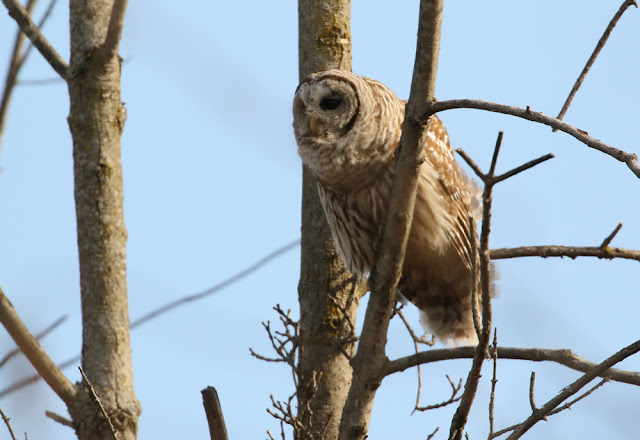 And lest you think I've strayed too far from the Mexican content promised in the header, Barred has a close cousin south of the border ... stay tuned.