After watching Fulvous Owls pre-dawn, sunrise found us in some pine forest at pretty reasonable elevation.  The birds had changed over completely from the desert of the day before and Brown-backed Solitaires serenaded us.  They weren't quite as musical as the Black-faced Solitaires in Costa Rica, but they were a lot easier to find!
They mostly didn't come down low, the only one I found at eyelevel was still in deep unlit gloom 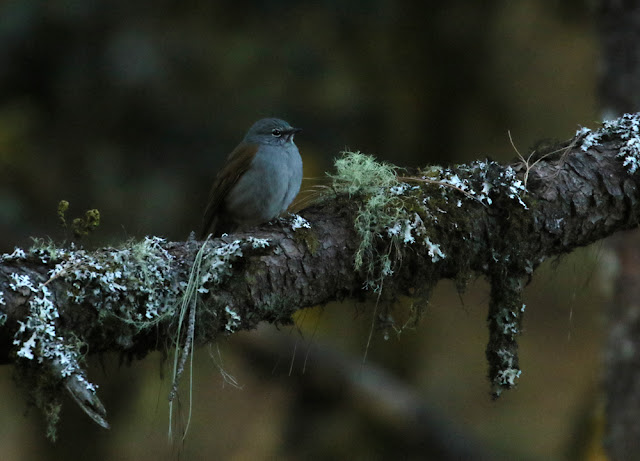 We worked pretty hard for a bit to find Gray-barred Wren, but would see it much better in the afternoon, as well as for one of the jays, but it didn't show at all in the morning.  Warblers instead were the star of the morning.
Crescent-chested is a relative of our Parula 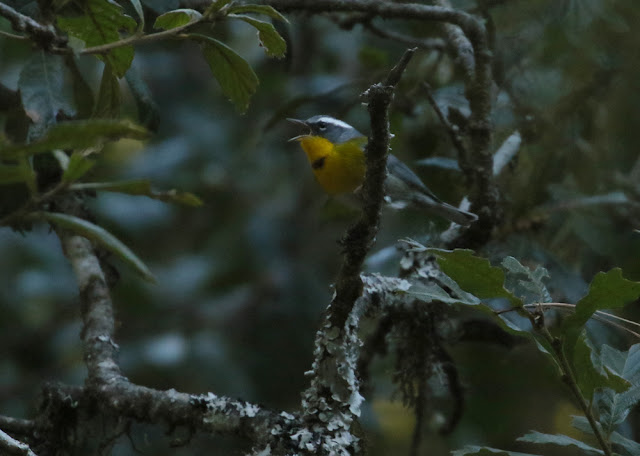 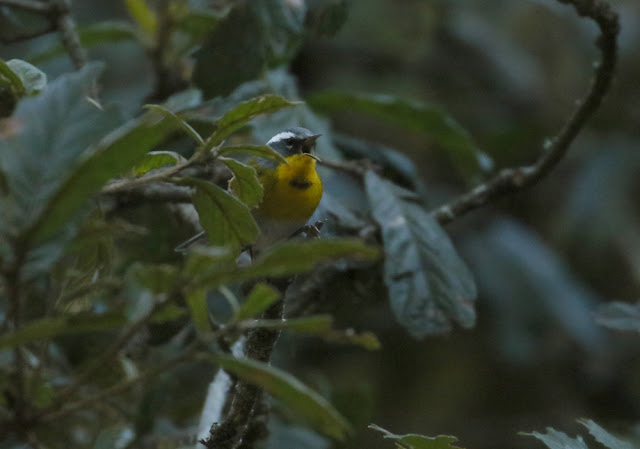 Next up is one of my favorite birds of the trip, Golden-browed Warbler 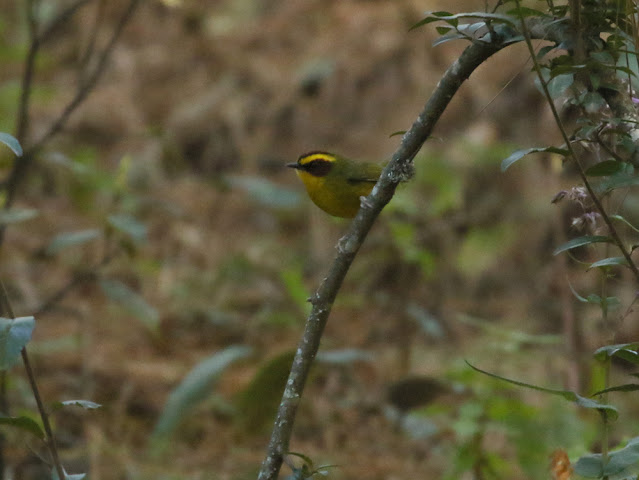 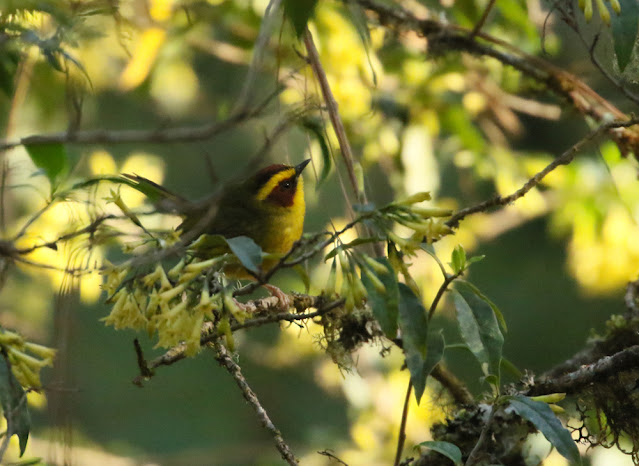 It seemed like an oddly localized bird, a relative of Rufous-capped Warbler.  But unlike Rufous-capped, which ranges from Arizona to Colombia, Golden-browed is limited pretty much just to southern Mexico and northern Central America.
And one more warbler, we had a chance at seeing every member of the Black-throated green group on this trip.  I'd only seen one Hermit Warbler previously, and didn't manage a photo, so I was happy to see this one. 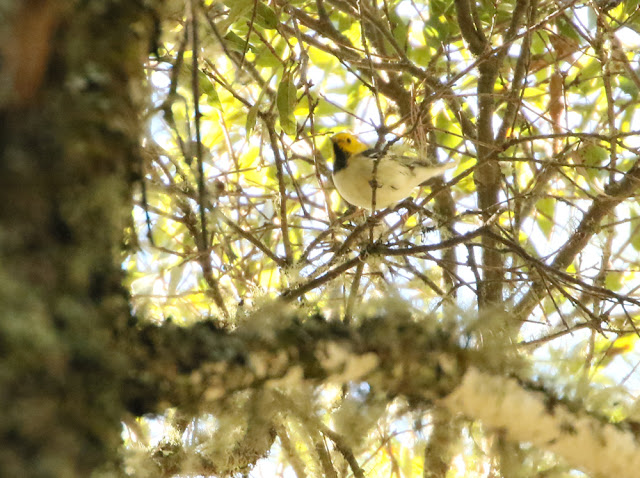 Birds are a lot easier to photograph when they're not halfway up a sequoia!
Would we see the others?  Stay tuned...
Posted by Matt at 6:34 PM