shadows of the ruins

Day three found us at the base of an uphill climb along the entrance road to the ruins at Monte Alban.  It proved to be a popular place for the locals and we were passed by a lot of joggers and bikers out to enjoy some exercise before the heat of the day built up.

It was pretty birdy.  We heard a couple of mimics, but the Blue Mockingbird stayed buried pretty deep (but backlit nonetheless) in the brush. 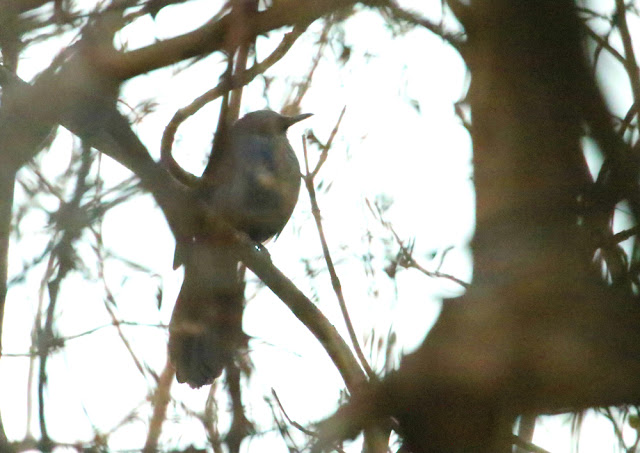 An Ocellated Thrasher started singing well upslope and we enjoyed much closer scope views of the regional specialty than we did on day one ... and then we found another one much closer! 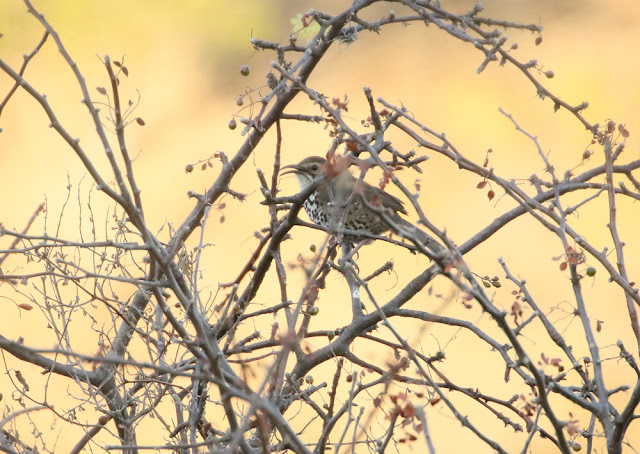 A couple of us heard a vireo singing right at the gate while it was still dark.  I wish I'd recorded it.  It was either Dwarf or this next bird, Slaty Vireo, which (true to theme this morning) stayed deep in the thicket!  It's a white-eyed blue gray bird with olive highlights on the cap, wings and tail in case the pic doesn't really reveal that. 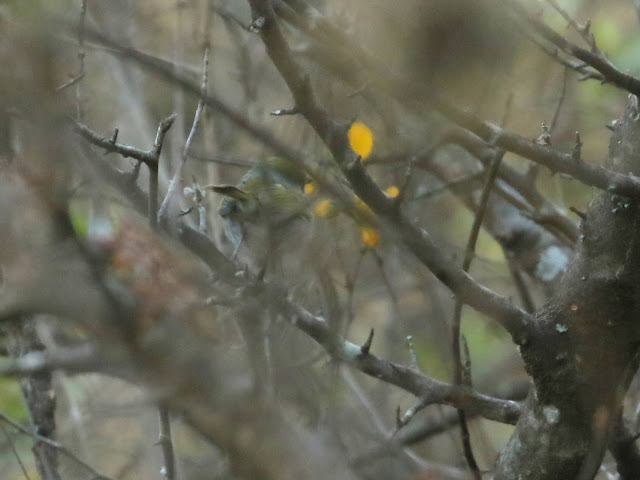 Golden Vireo showed a lot better.  I tried to learn the vireo songs, but I didn't recognize this one at all when it started singing. 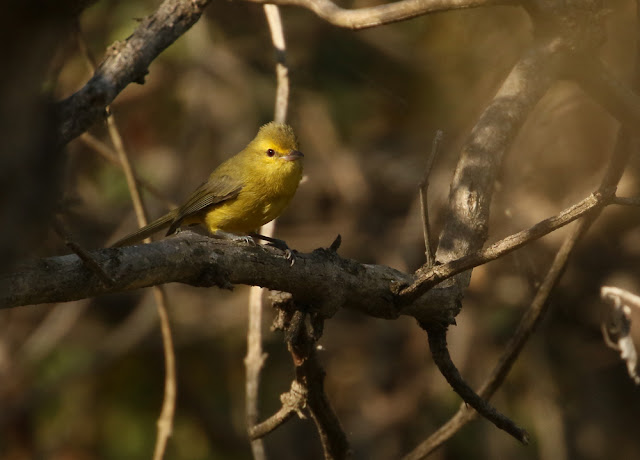 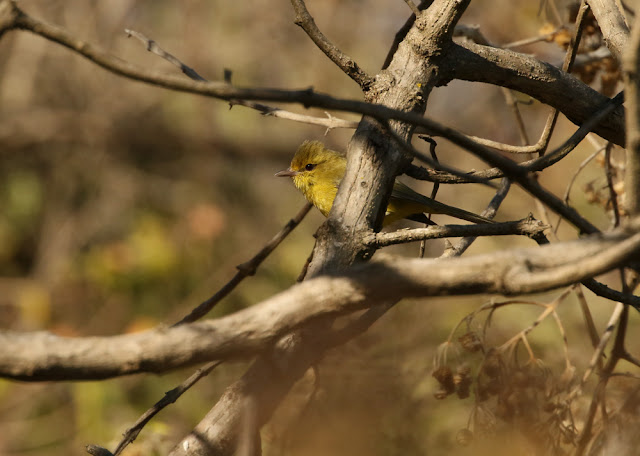 Even Dusky Hummingbird kept sticks in the way! 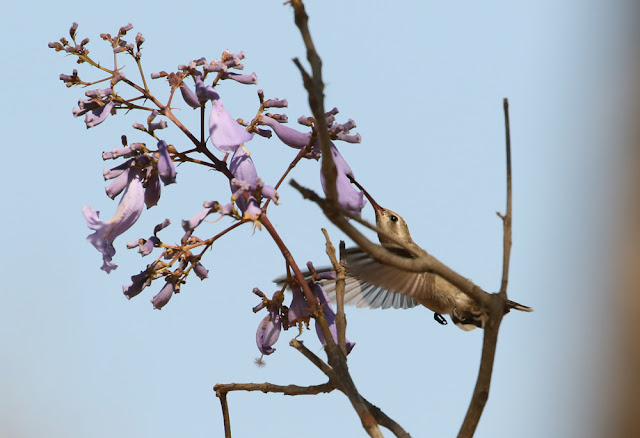 I expected these birds to be very widespread; I think this morning was the only time we saw one!
This Rock Wren in the ruins themselves was one of my favorite pics from the trip. 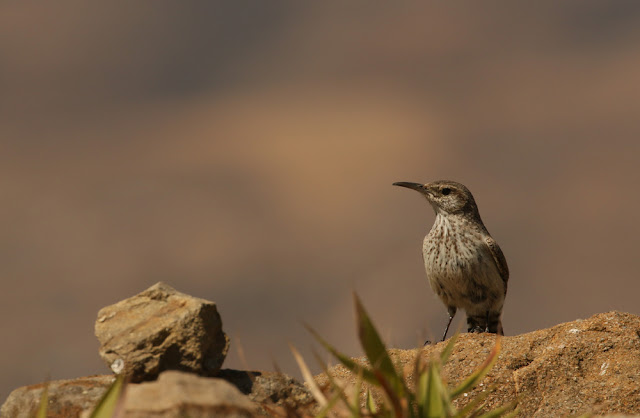 And a sample view of the ruins.  I've always been surprised how much freedom people are given to walk about these sort of sites in Central American, but I wasn't complaining. 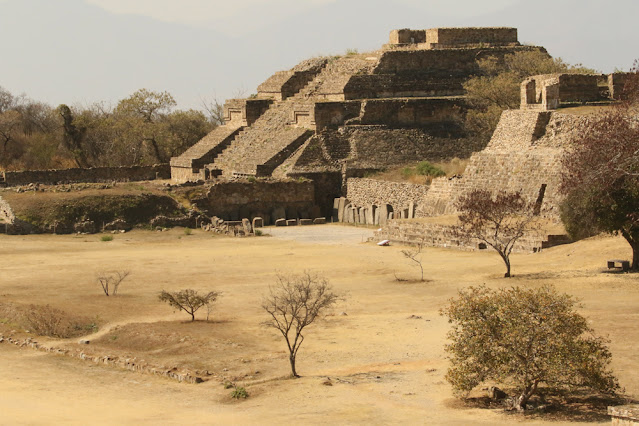 We were short on time so I didn't really put the effort into attempting to translate the signs explaining the limited amounts known about this location believed to have been constructed and inhabited by the Zapotecs 1500-2000 years ago.  Even the original name of the site has been lost...