I suppose I could have titled the post My Most Frustrating Great Look at a bird ever.
Evening of Day 3 found us in some dry forest scrub after spending the afternoon driving east towards the border of Oaxaca and Chiapas.  Alex found a couple of Cinnamon-tailed Sparrows, a bird I just could not get a decent look at.  I kept getting an elbow, branch, or head in the way every time I sort of saw the bird.  It didn't help that the little double malar mark, the field mark I'd learned for the bird, was quite a bit harder to see than I expected.
A western type Redtail soared out 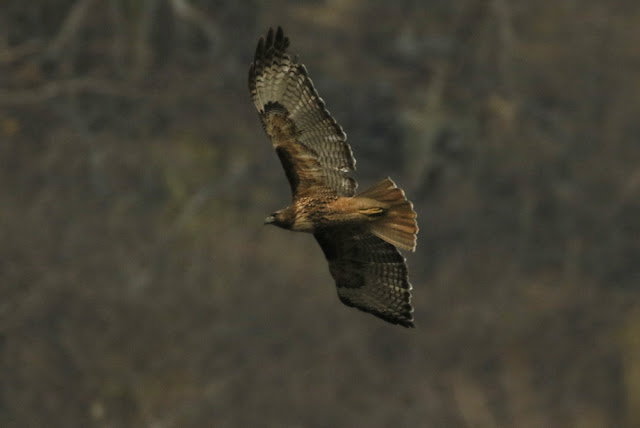 I managed to spot a White-tailed Hawk, a bird I thought might be more common than it was.  This individual was the only one we saw. 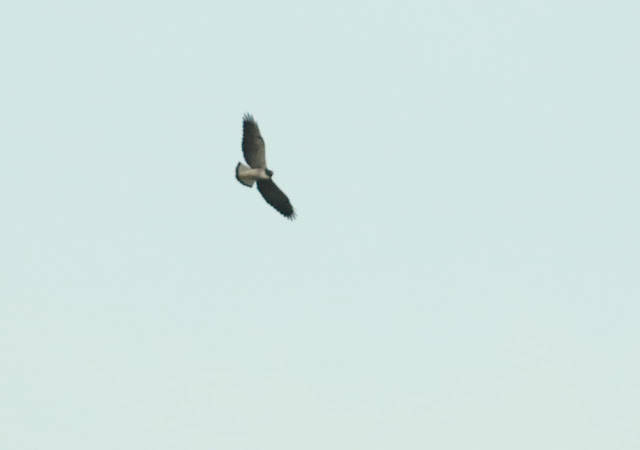 I don't remember how I managed to lag behind the group a little, I think Alex started playing a tape at a Ferruginous Pygmy Owl that was really far away and I was distracted by something that seemed closer, but when I caught up they were looking at something.  They said it was the pygmy-owl.  It took forever to find the bird, it was quite close but the same color as the dusk lit surroundings and a bit higher than I thought.  Usually I'm pretty good at looking at the angle of people's bins and gauging where to look, but I was failing utterly.  When I eventually found the bird it looked way different that I expected.  Because it wasn't Ferruginous, it was Colima Pygmy-Owl!  Whoops.  Keep up with the group. 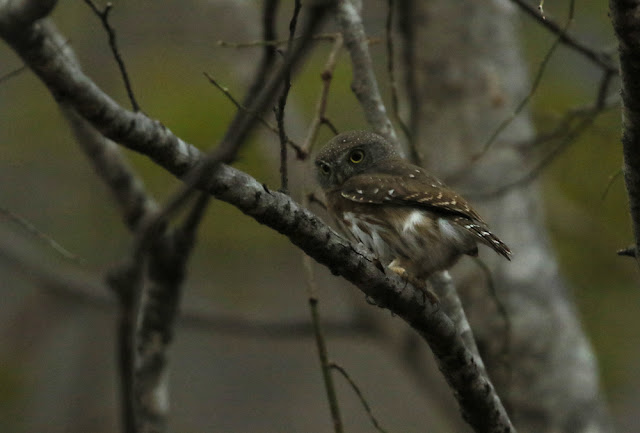 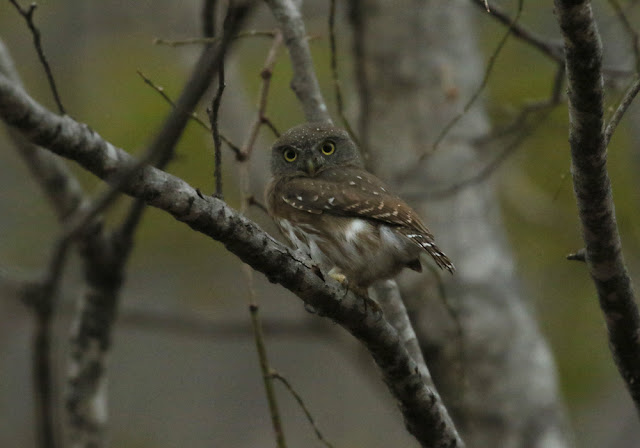 We stayed past dark hoping to hear Buff-collared Nightjar, which maybe Alex heard.  Finally a view of one of the Mottled Owls that came in to the Black-and-White track he was playing. 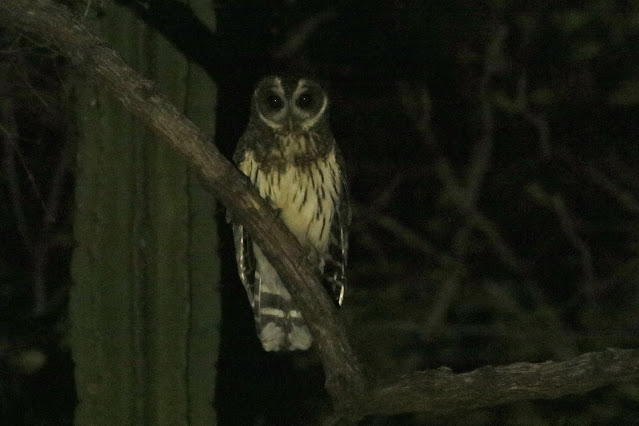