I'm always surprised by how common Western Sandpiper is in Florida when it's a decidedly uncommon bird in Michigan.

I suppose I could have titled this post The Early Sandpiper Gets the Worm... 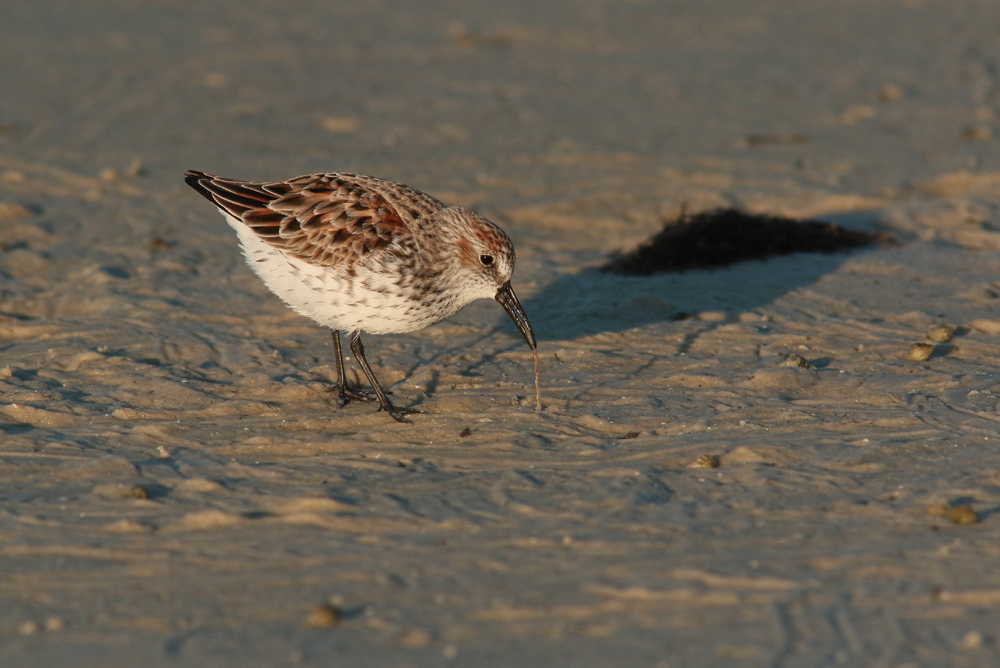 The Westerns were kind enough to be most of the way to breeding plumage, complete with the arrow chevrons going down their flanks. 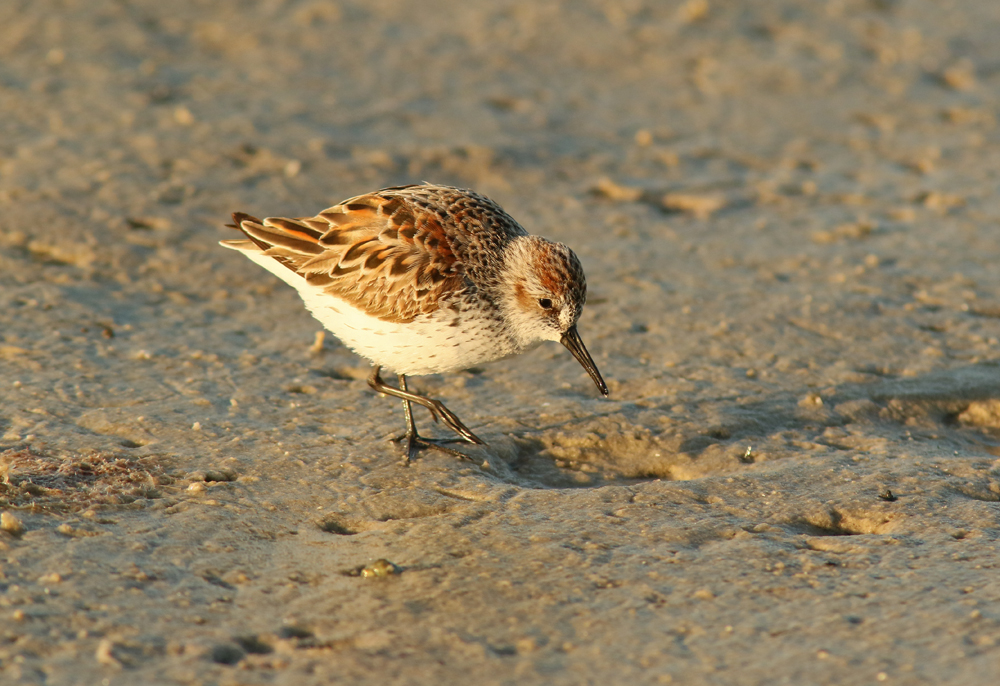 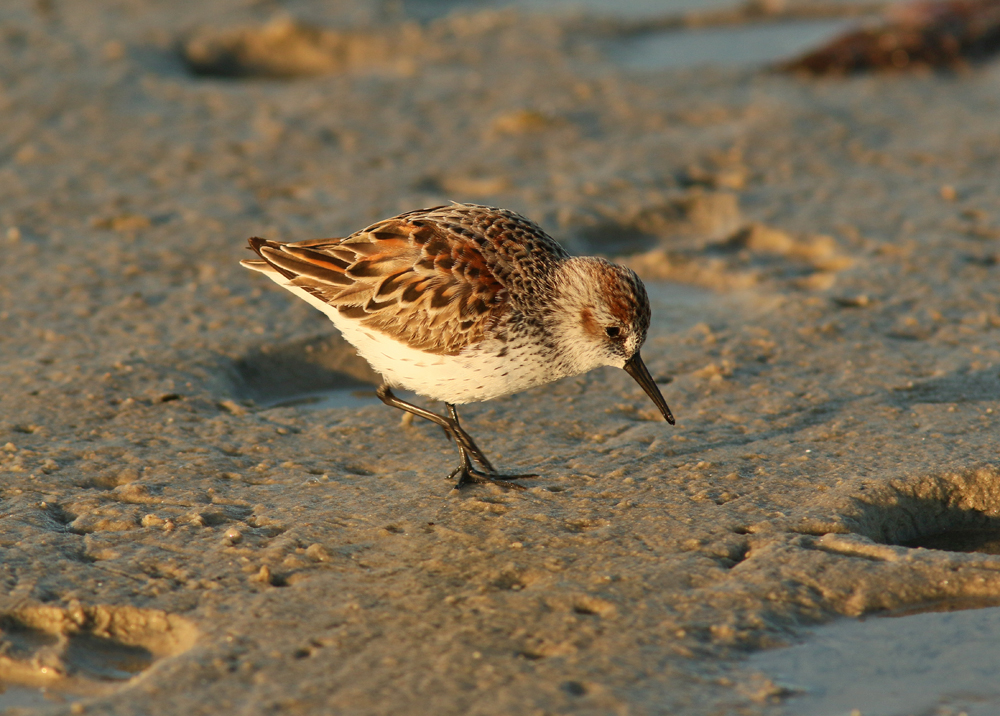 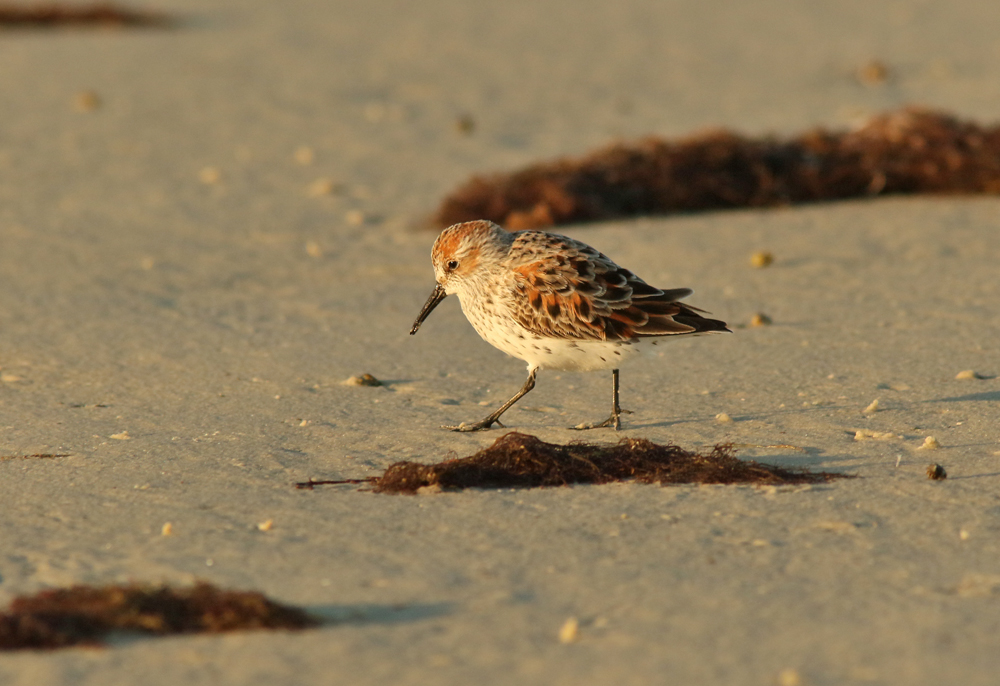 They honestly were smaller billed than I remembered them.  I'm not sure if that's a regional difference or if the bills grow over the course of the summer season, or if the birds we've had in Berrien happened to be longer billed because as I look back both the Tiscornia Western Sandpipers of Oct 2013 and of Sept 2012 had longer bills.

This one was still in winter plumage. 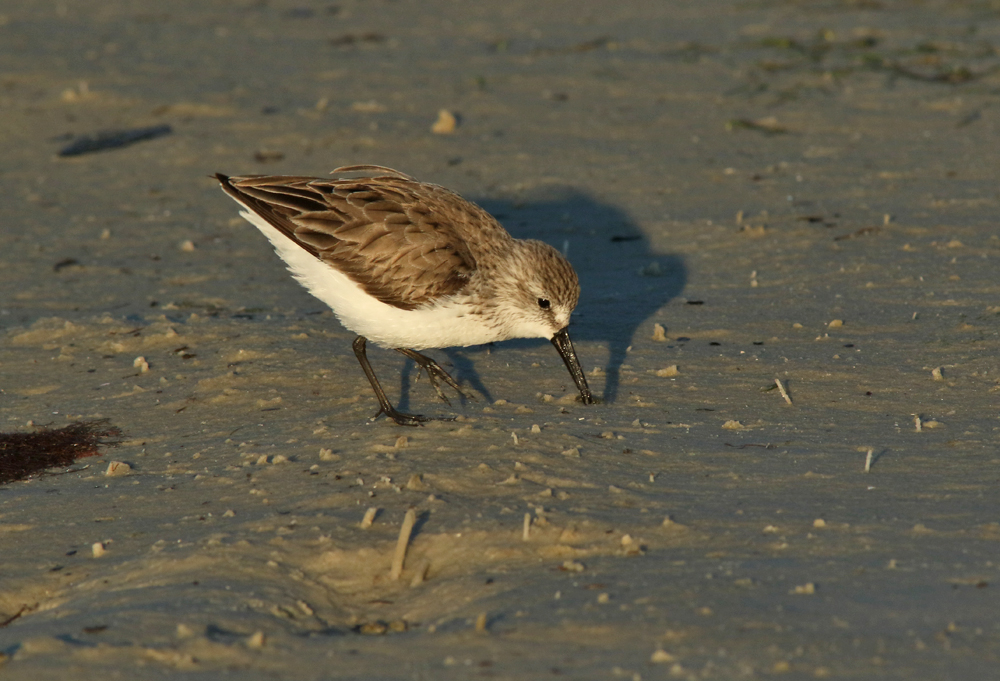 I can't tell if it's just the angle making the bill look less tapered and drooped or if this is actually a semi-palmated.
Leasts on the other hand certainly had thin tapered bills. 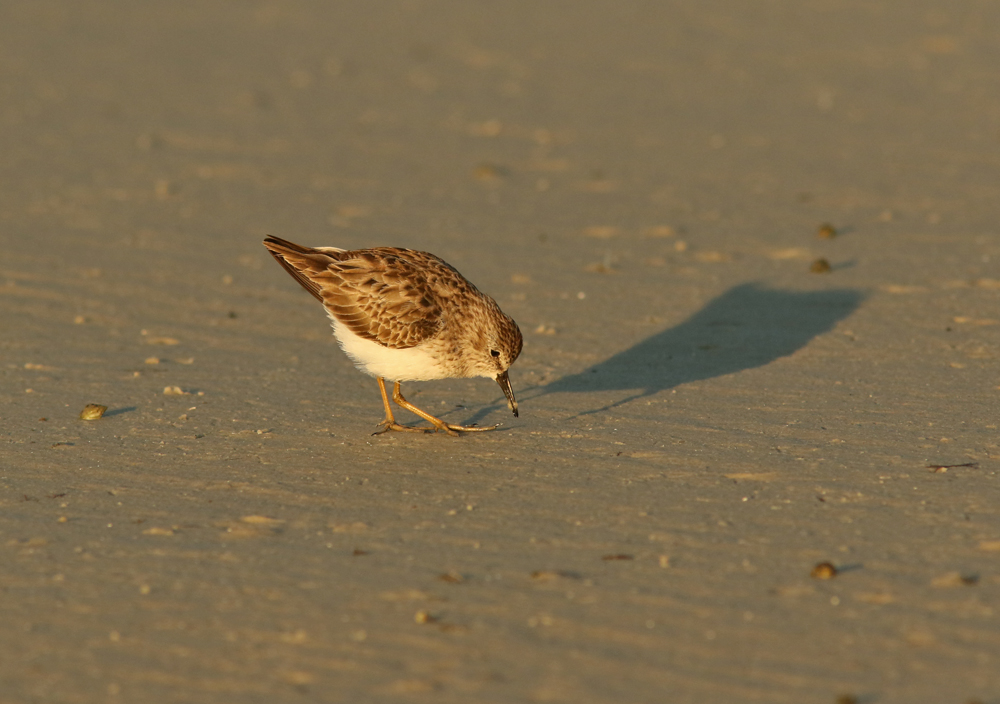 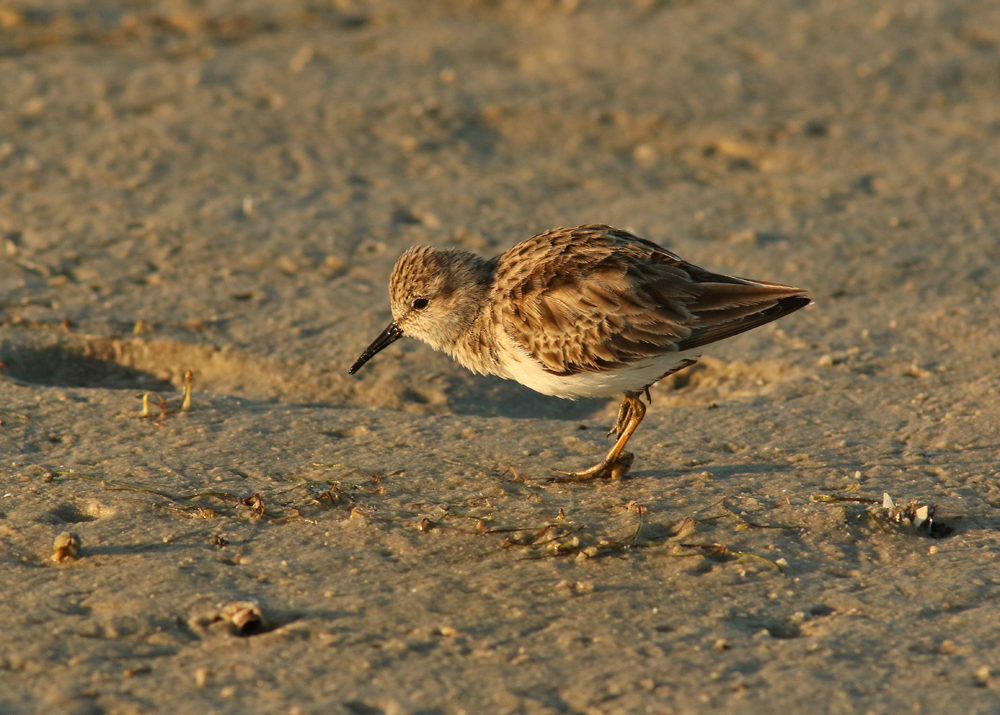 I think my memory of Western Sandpiper gets influenced by the much heavier curved bills of Dunlins as well. 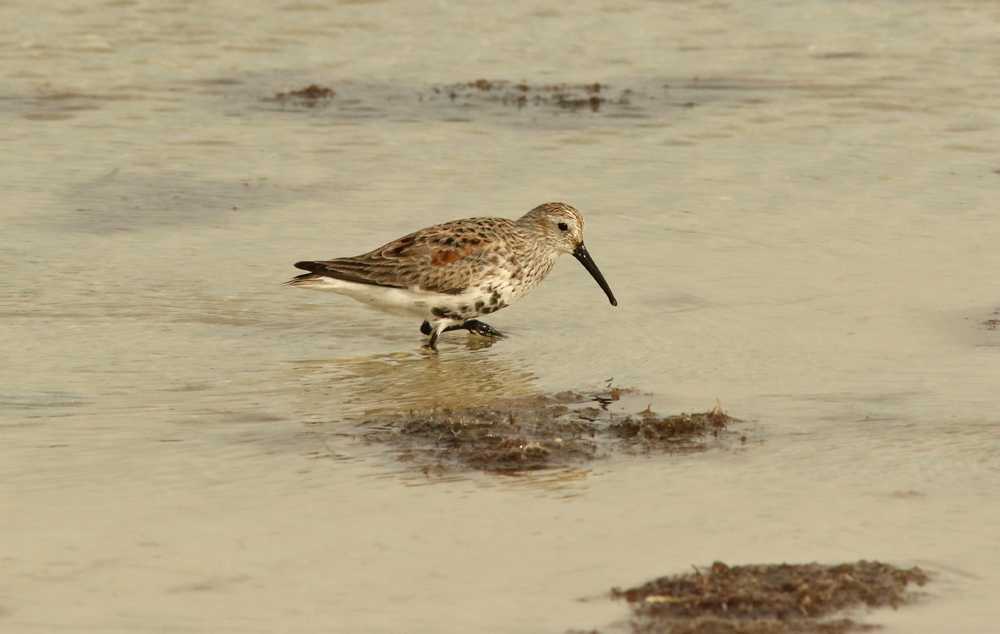 Most of the dunlins weren't even this far along in their moult and I didn't take a ton of pics of them.
Posted by Matt at 1:03 PM