A pair of eagles settled on the beach one of the mornings.  One of the local ospreys took exception and made repeated passes at the eagles who would jump up and extend their talons to ward off the smaller bird. 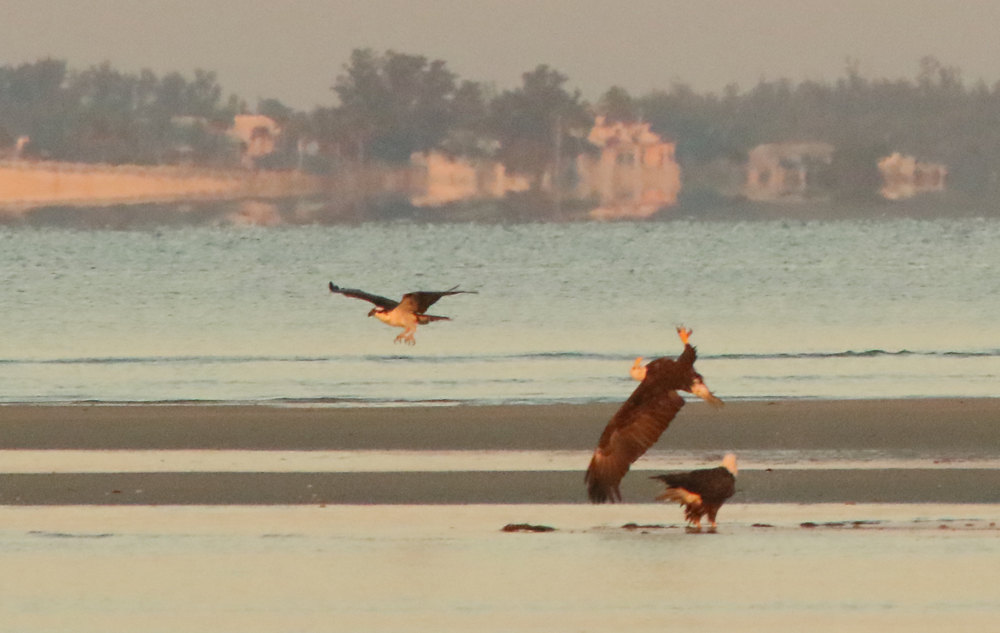 I thought about titling this post "Because I was inverted," but didn't know how many people would get the 30 year old movie reference.

The eagles flushed eventually, to the consternation of the long-legged waders. 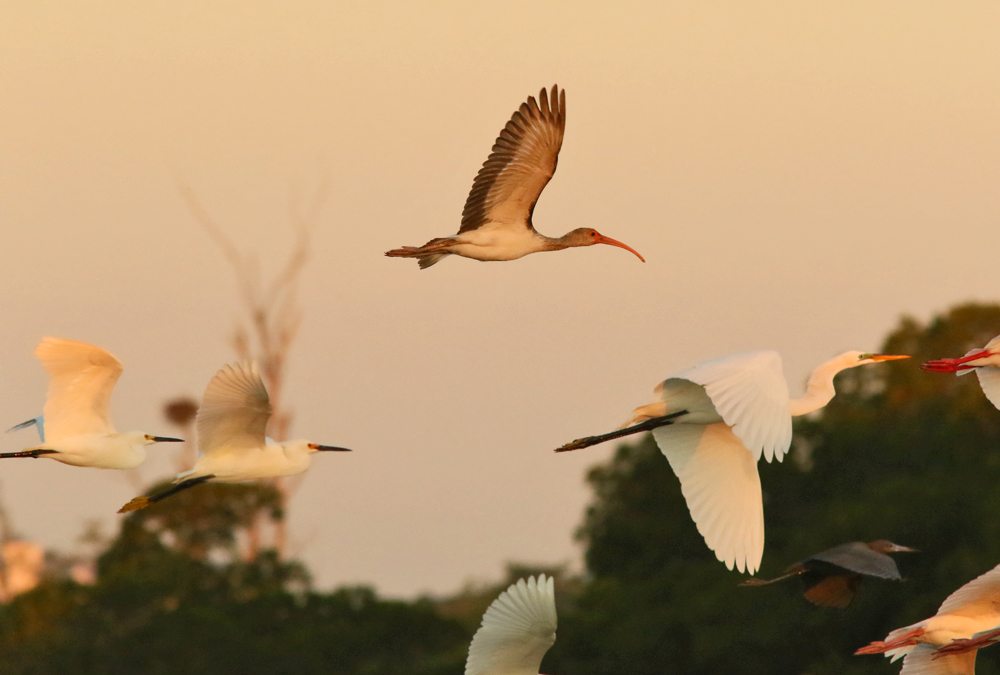 They needn't have worried, the osprey kept the eagles well occupied. 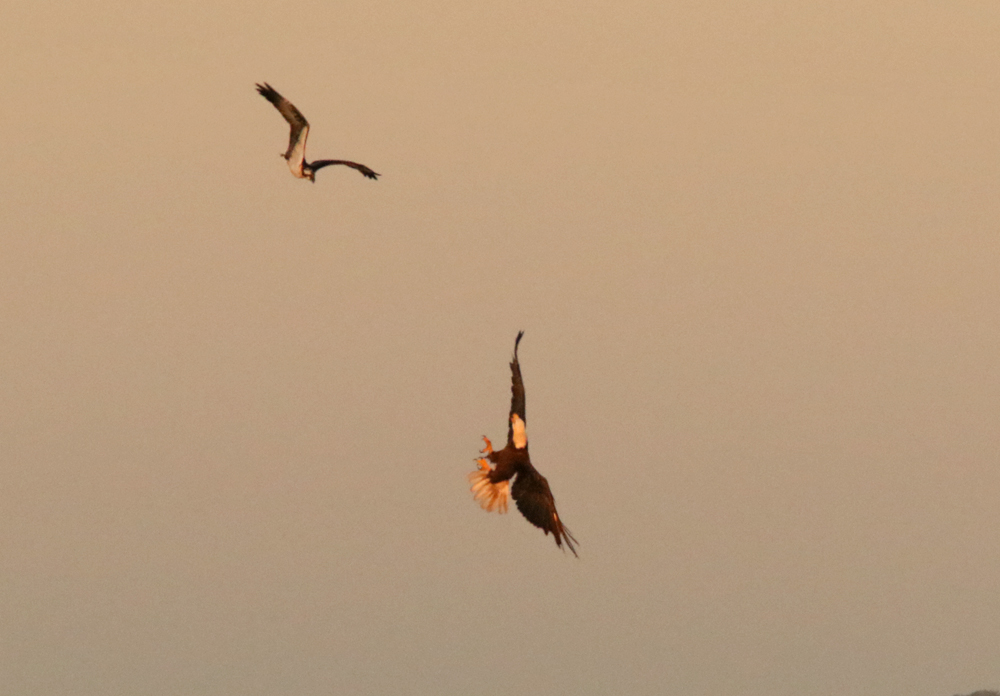 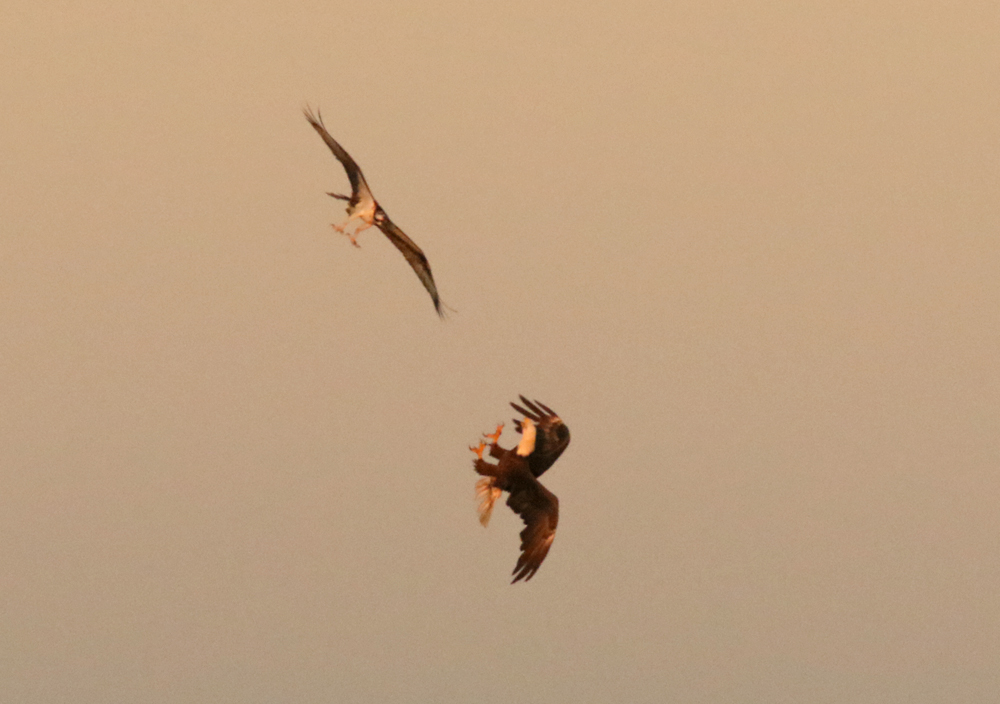 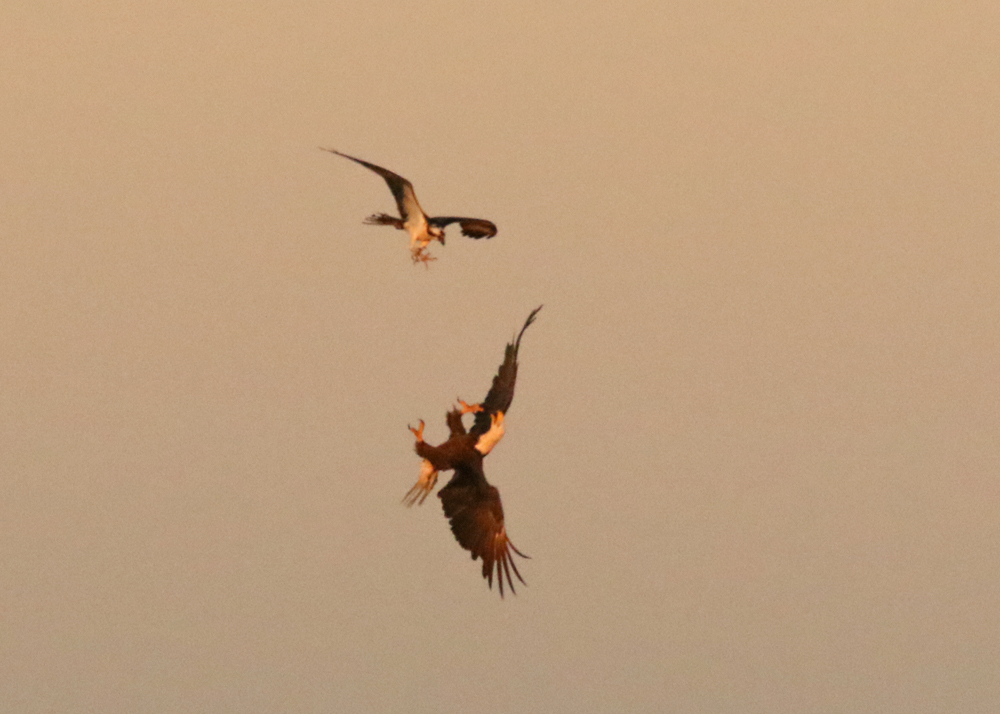 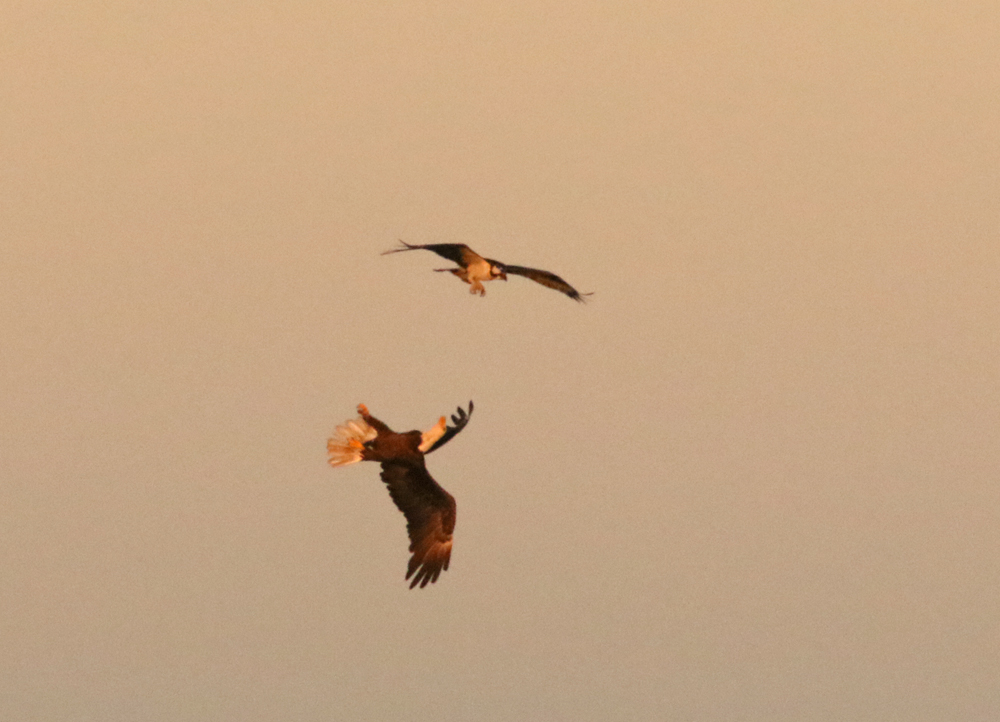 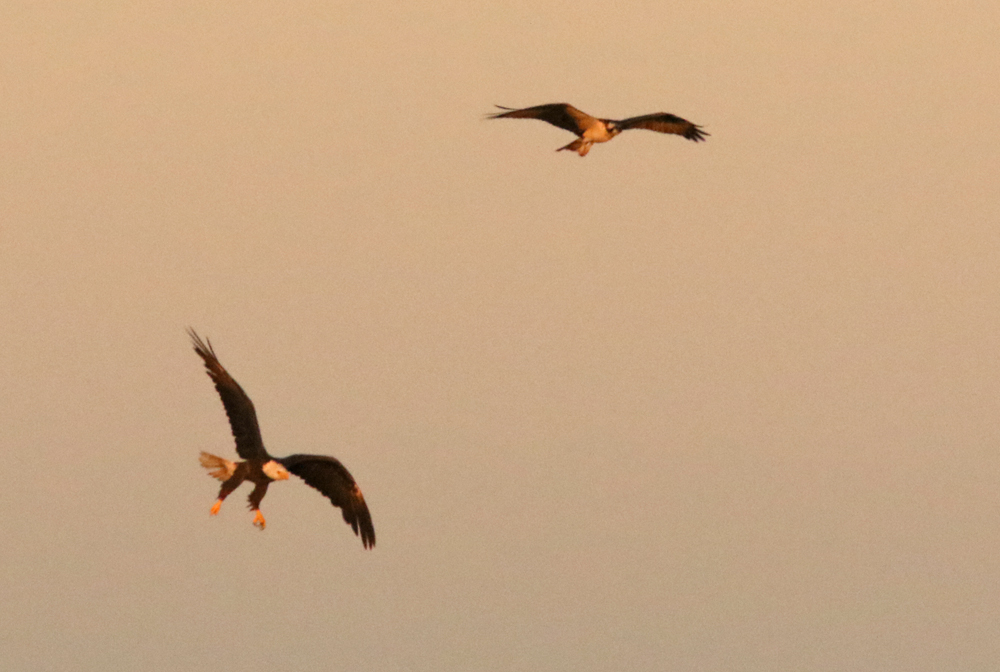 The osprey went right past after driving off the eagles. 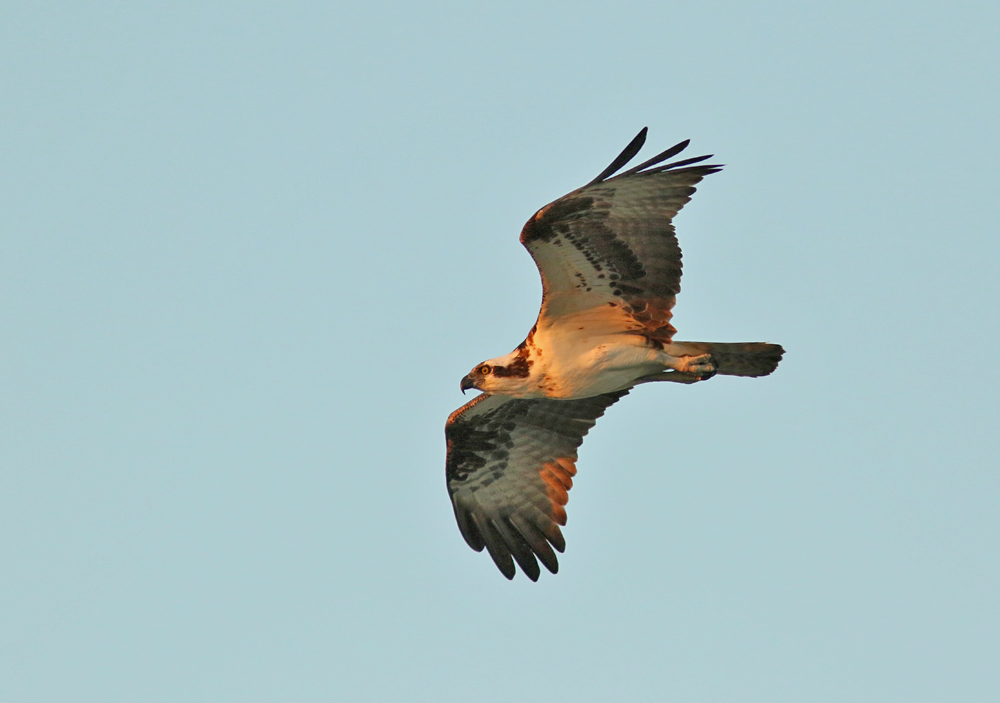 Its mate looked on with pride. 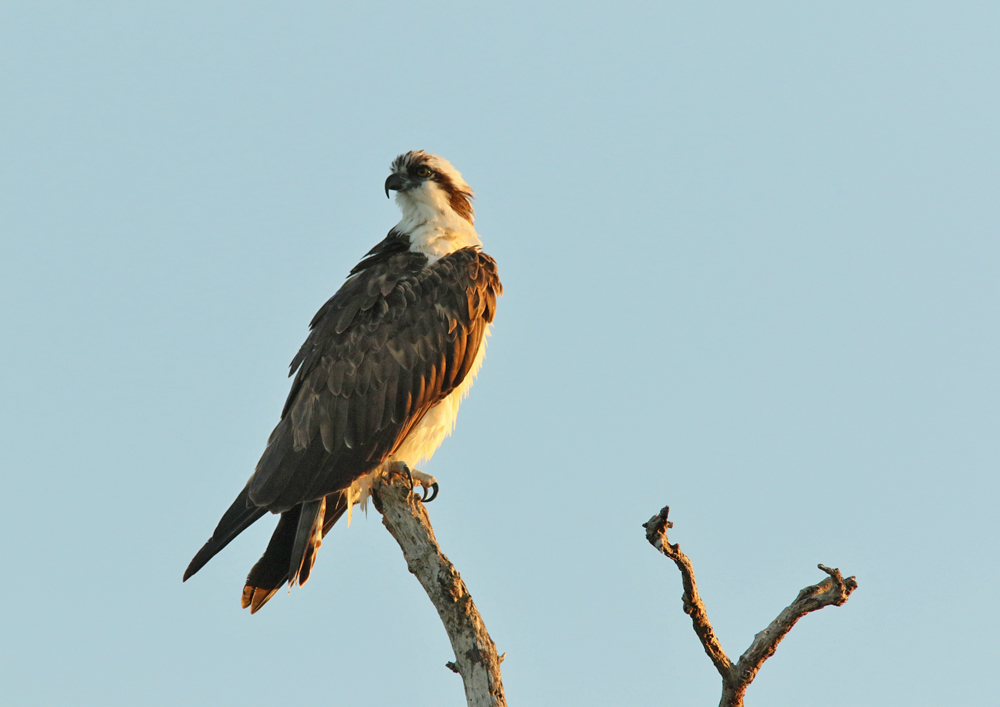