Don't get me wrong, I like April migrants as well as the next person.  Birds like Fox Sparrow, Hermit Thrush, and Yellow-bellied Sapsucker all herald the May migration that is to come.  That being said, they're the appetizer that leaves you hungry for the main course - the bulk of the passerine migrants, especially the warblers to most birders.  (We'll leave dessert, the vagrants, for another few weeks).

We took the kids to Florida for spring break for a little less than a week allowing me to skip right to the warblers.  The really fun thing was that while the 1st, 2nd, and 3rd most common warbler here at the end of the month will be Yellow-rumped  (followed by Nashville and Black-throated Green and their ilk), the warblers (with the exception of the wintering Palms) were fairly different along the Gulf coast.

The most common migrant I found was Hooded Warbler. 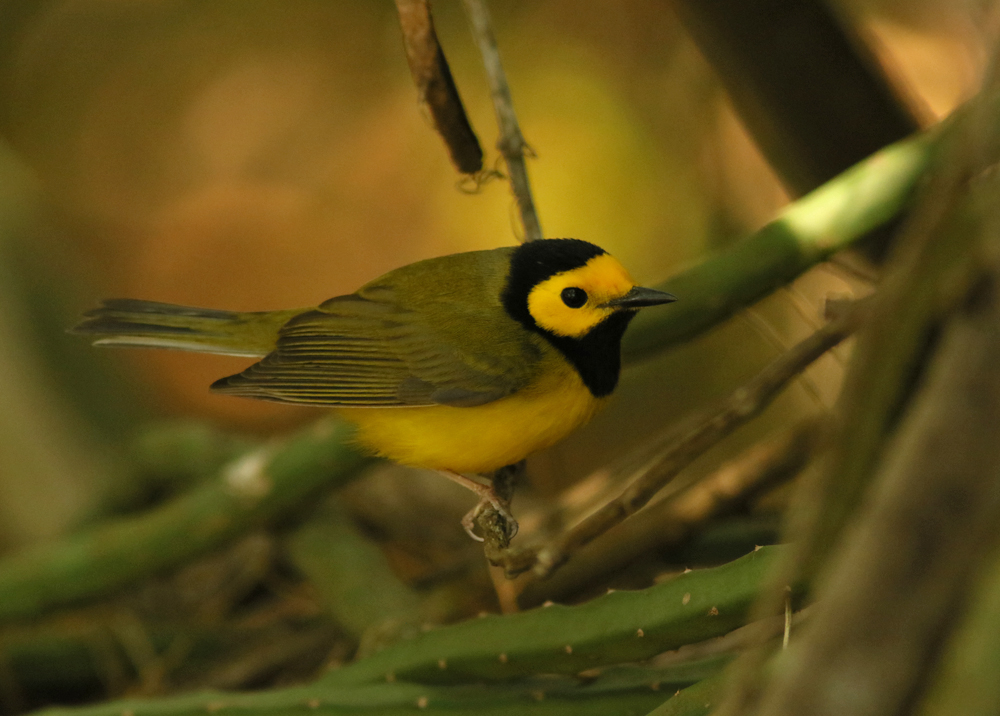 They seemed to forage much lower than they usually sing on territory around here. 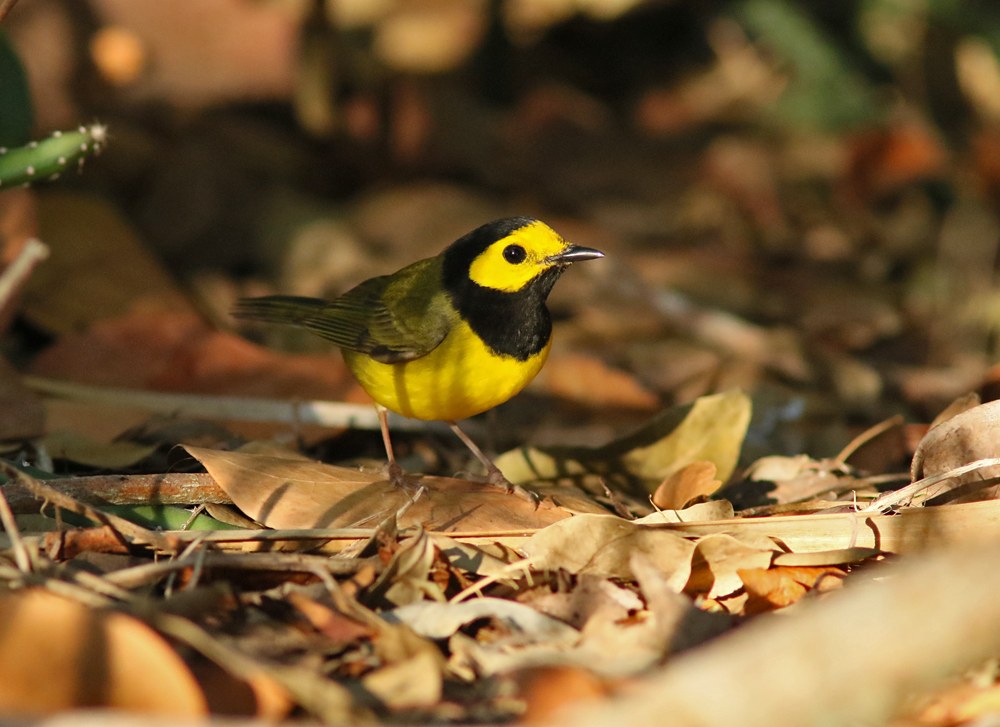 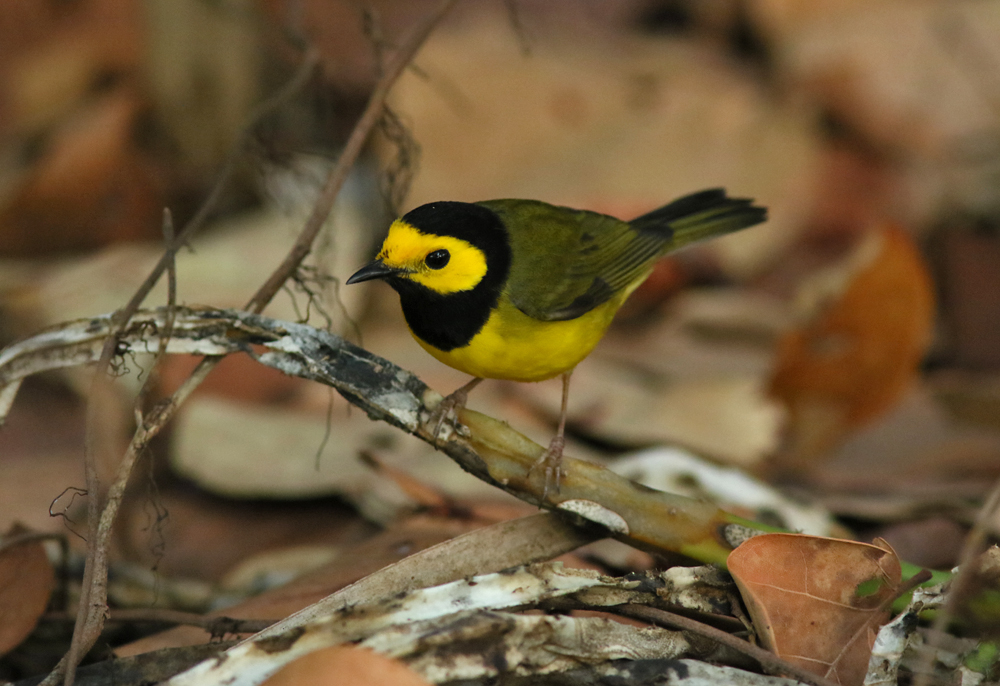 The next most common was Northern Parula of all things. 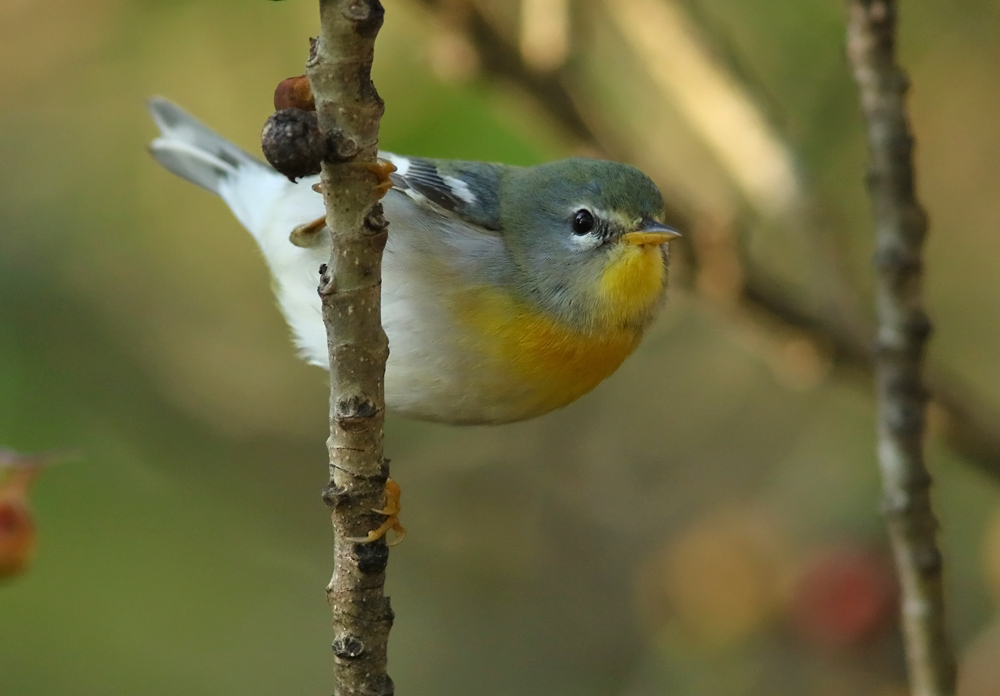 The females especially seemed to like foraging in an unfamiliar fruiting tree that was attracting a lot of small insects. 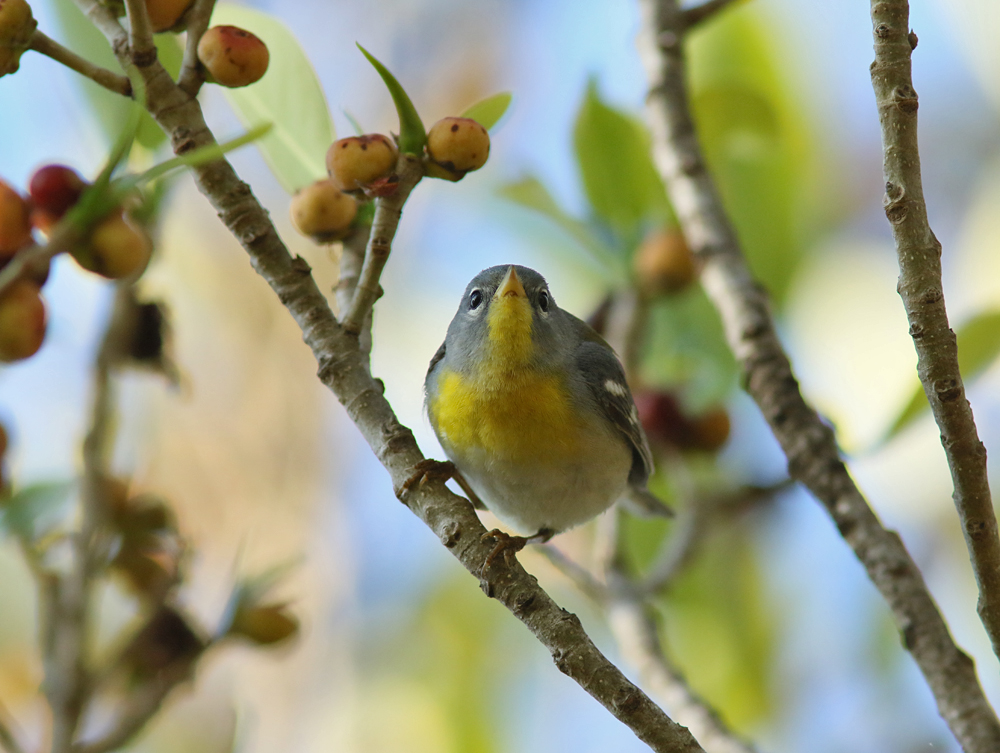 I'd never heard the bill snap of a warbler capturing a gnat, but it was a sound a person could get used to.  When we hiked at inland spots (most of these pics are taking by the Ybel lighthouse on Sanibel) the male parulas seemed to be on territory.  This next bird was the only one I actually saw. 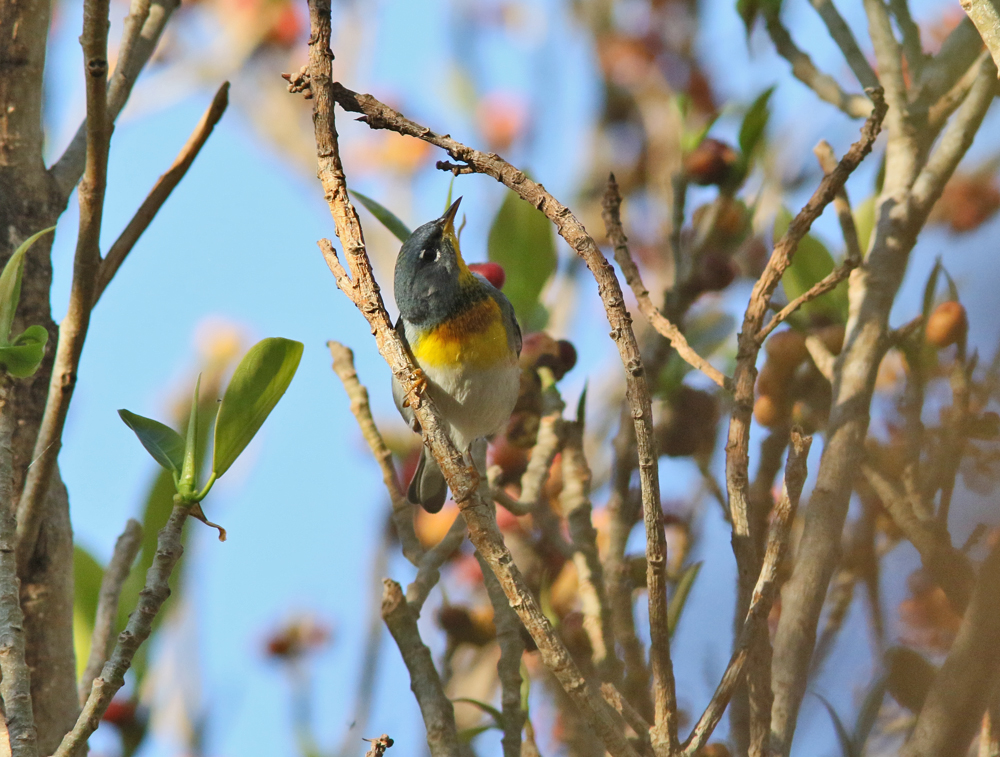 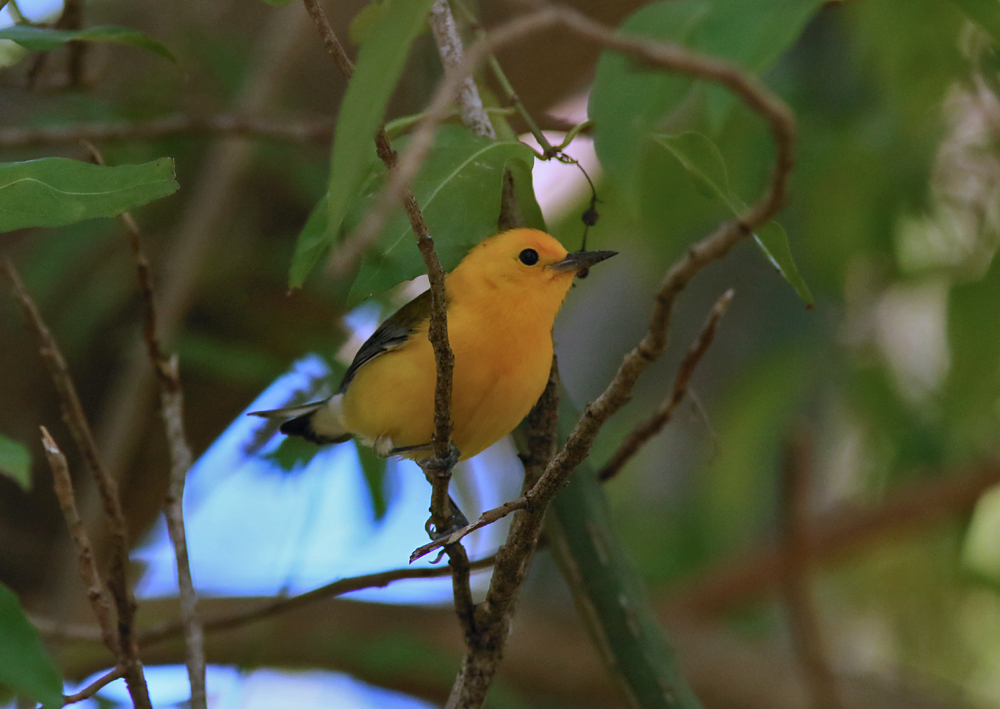 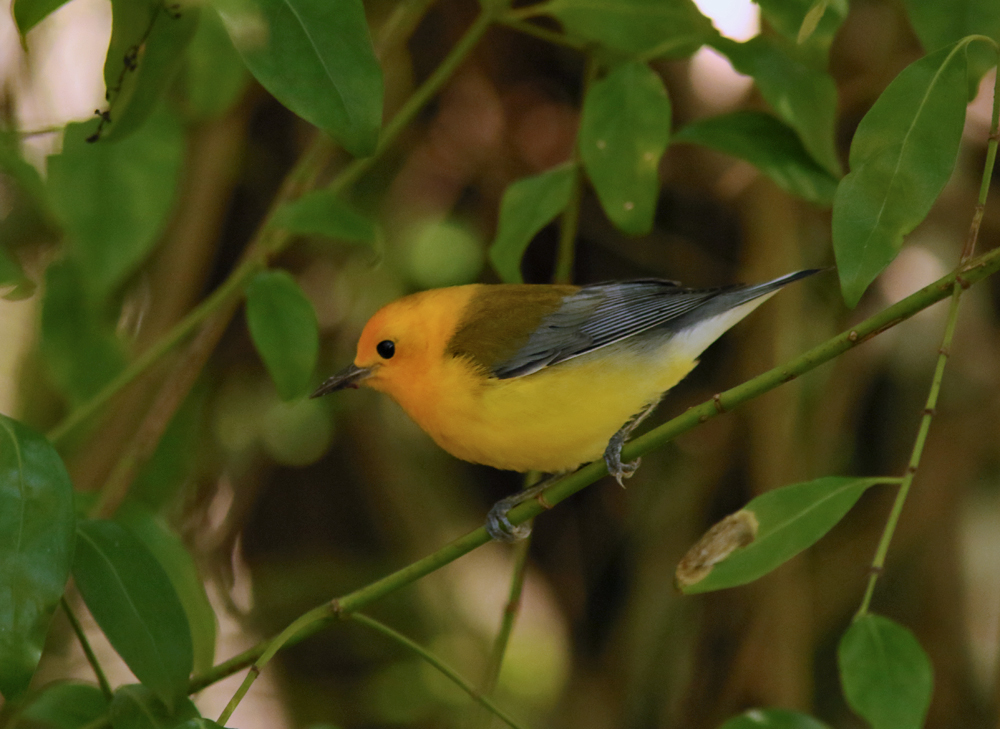 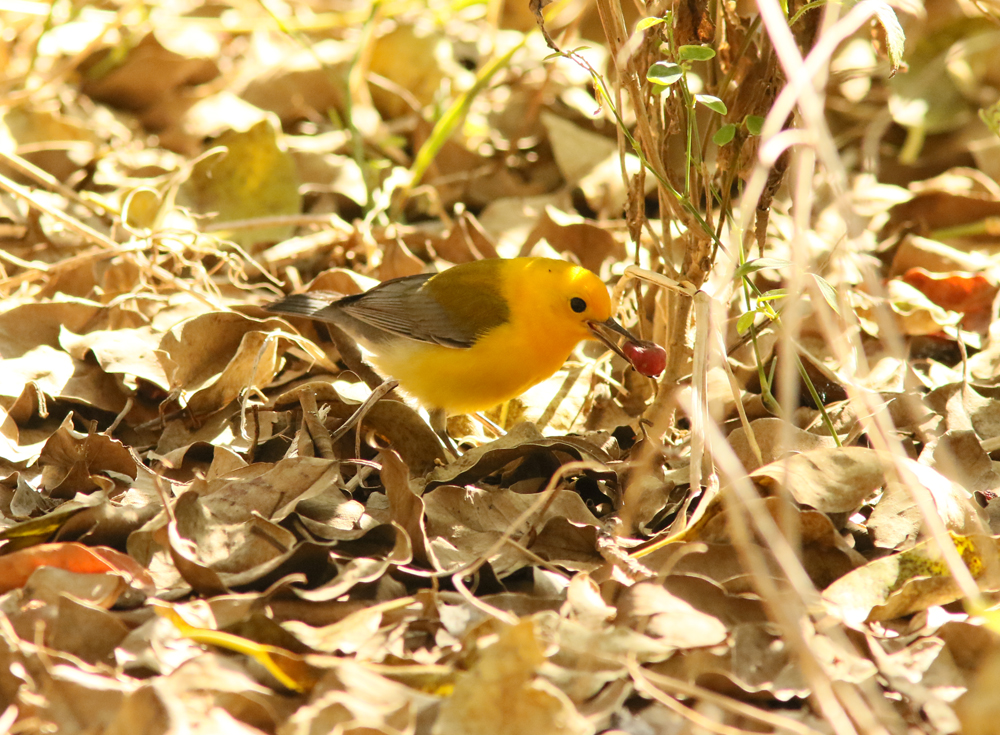 I think this last one has a piece of fruit that dropped off the tree in its bill.  It dropped it after a few seconds.

I've never spent a lot of time at true migrant traps, but this one 5 miles and a tollbridge away from the motel was well worth it.  While the above 3 species accounted for the majority of species there were a few others about.  I glimpsed Worm-eating twice, missed Swainson's by an hour, but did get nice pics of what appeared to be a migrant Yellow-throated. 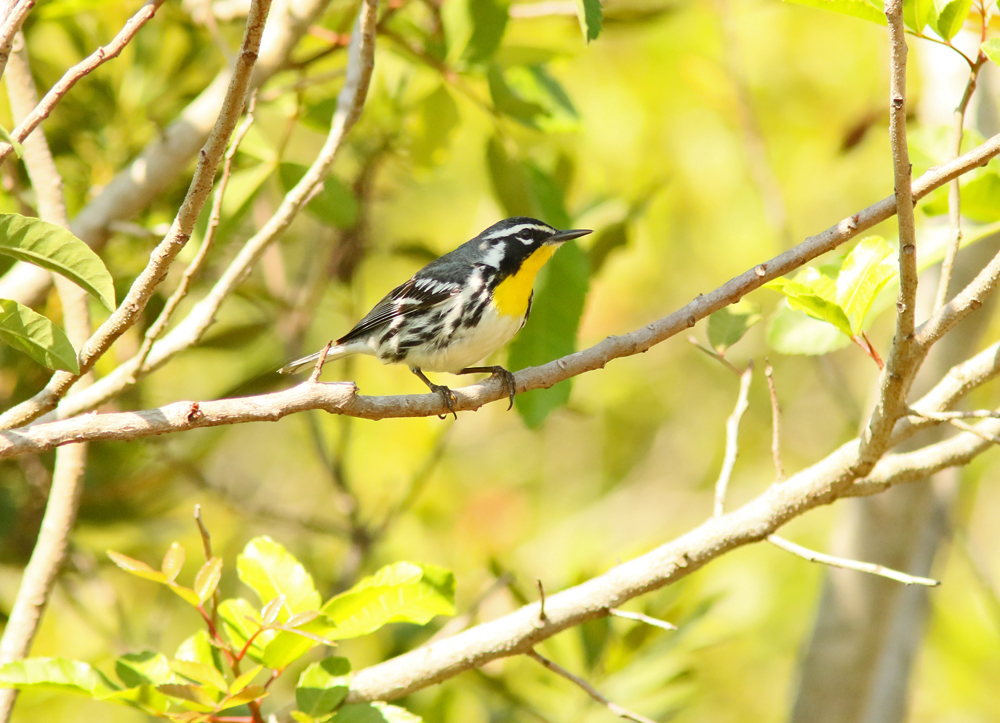 I maneuvered a little closer but was shooting through some leaves. 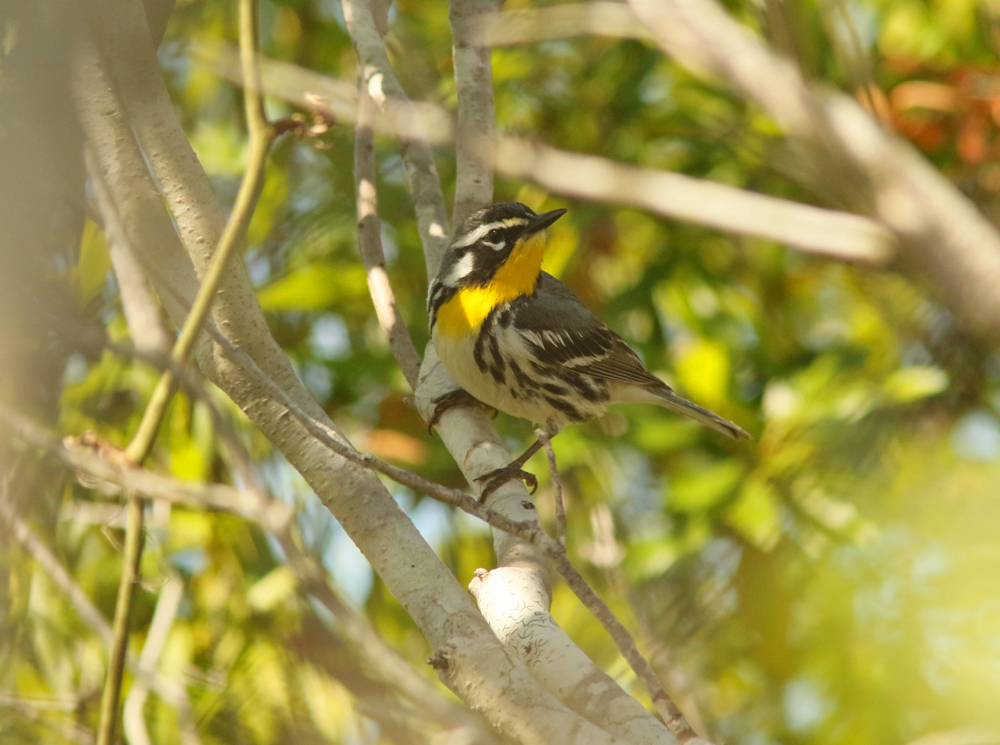 White-eyed Vireo wasn't really a migrant; they were singing on territory in a lot of spots. 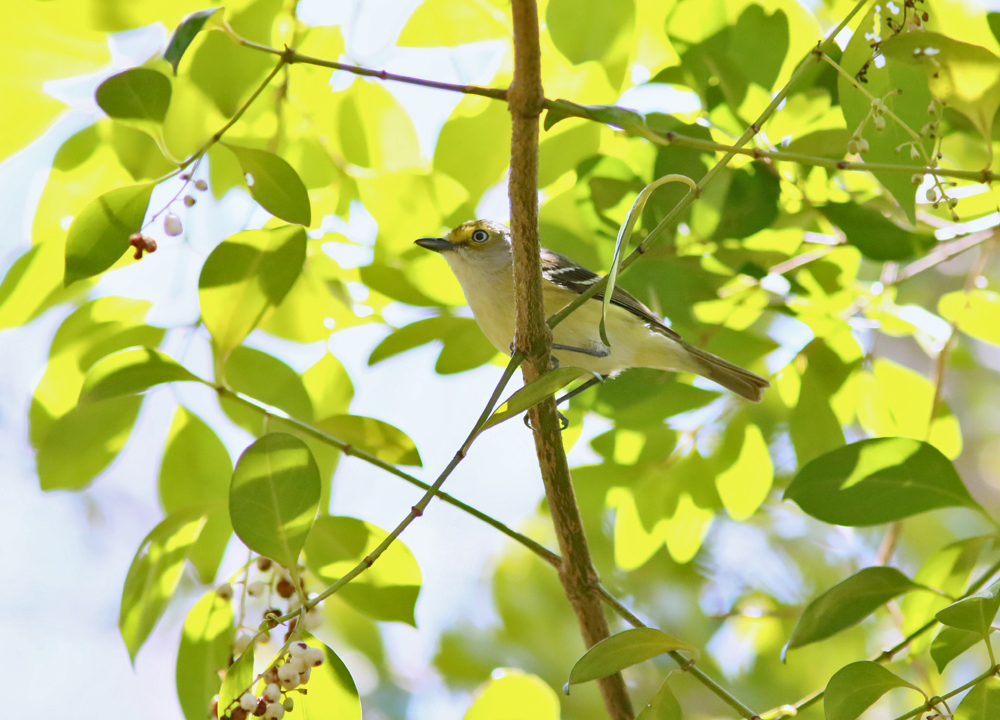