I'm used to seeing the dowitchers in near breeding plumage in the spring and then the still-bright adults and fresh juveniles in the fall.  It took a little getting used to the late winter birds along the Florida coast.  Almost all were just starting to get some breeding plumage. 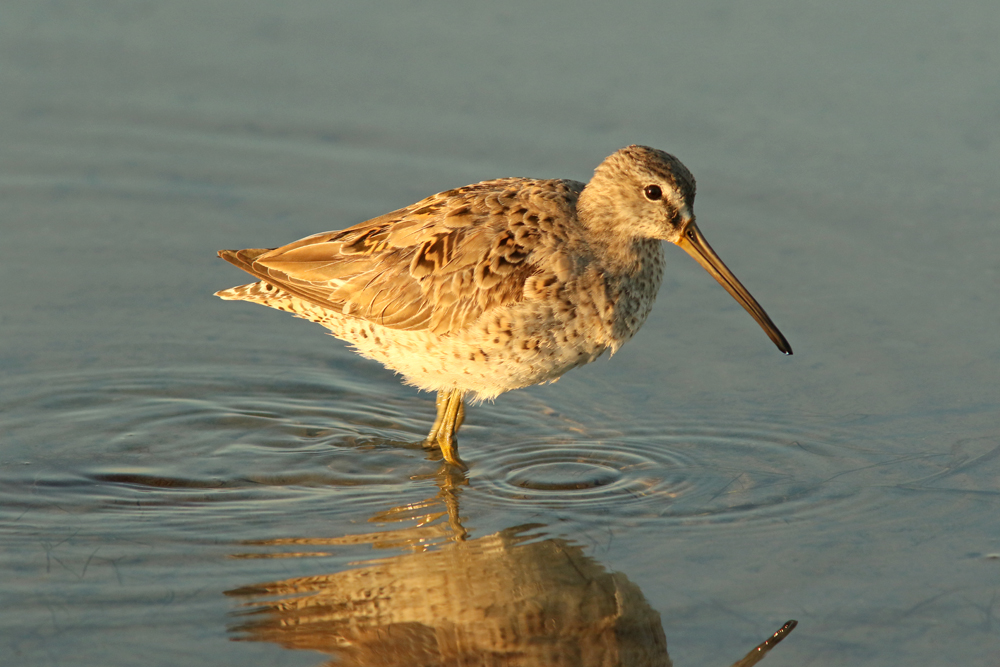 Most of the birds (and I believe all of the birds in flight in the next 2 pics) are Short-billed, as would be expected on the salty beach. 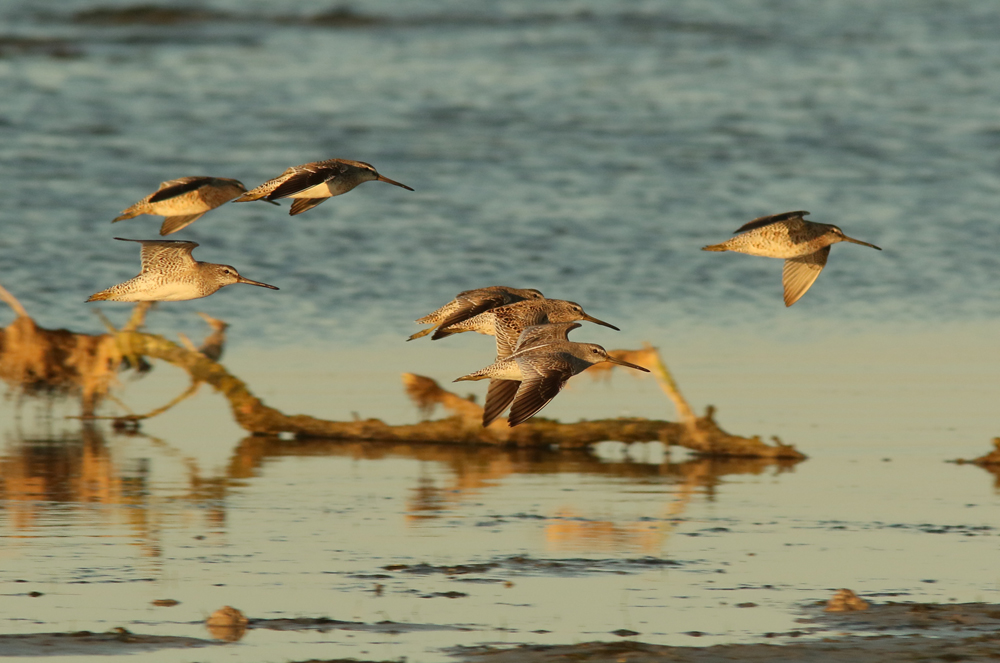 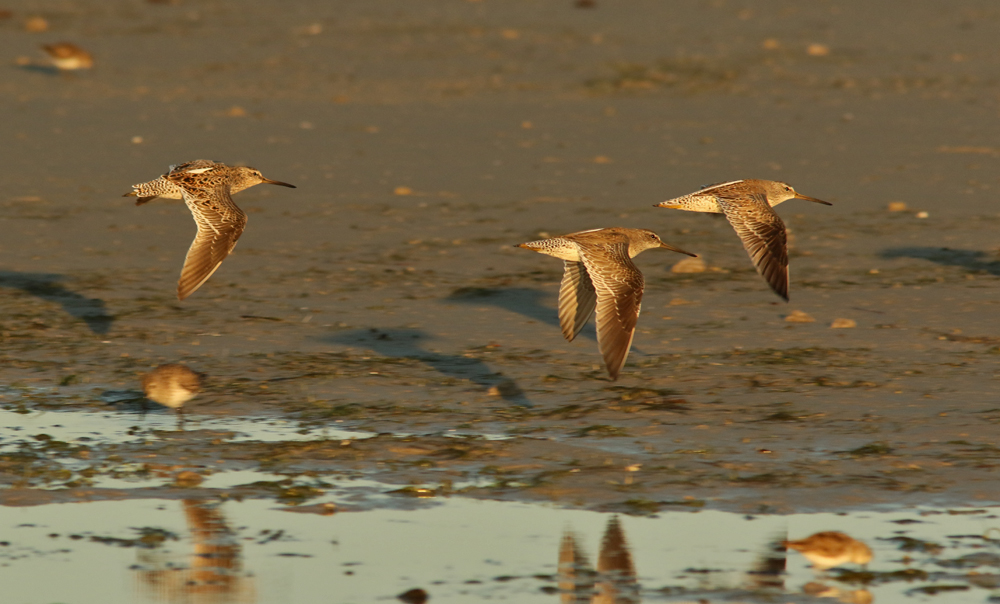 This second flight shot is one of my favorite pics from the trip, but it loses a lot at the smaller file size used on the blog.

Some however were Long-billed's, I think this bird's tail is certainly predominantly black enough to for the less common species (though per the orange O'Brien shorebird book the Atlantic subspecies of Short-billed has a darker tail on average than the central Hendersoni that I'm more used to). 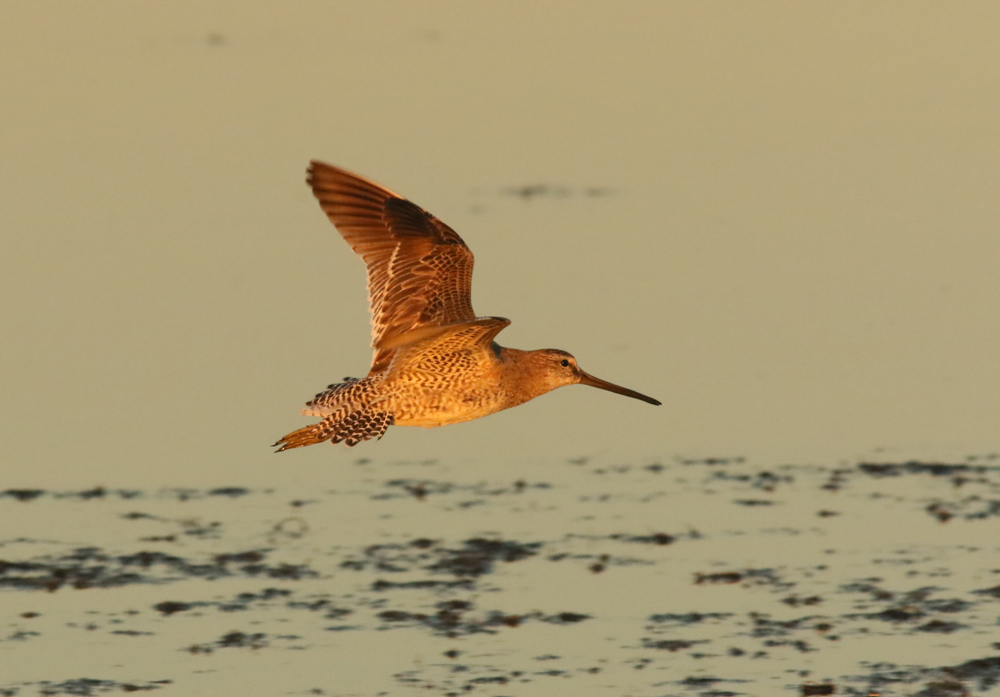 The round body and flattish eye stripe of this next bird definitely gave me a Long-billed sense in the field though I don't know that this single frame is definitive. 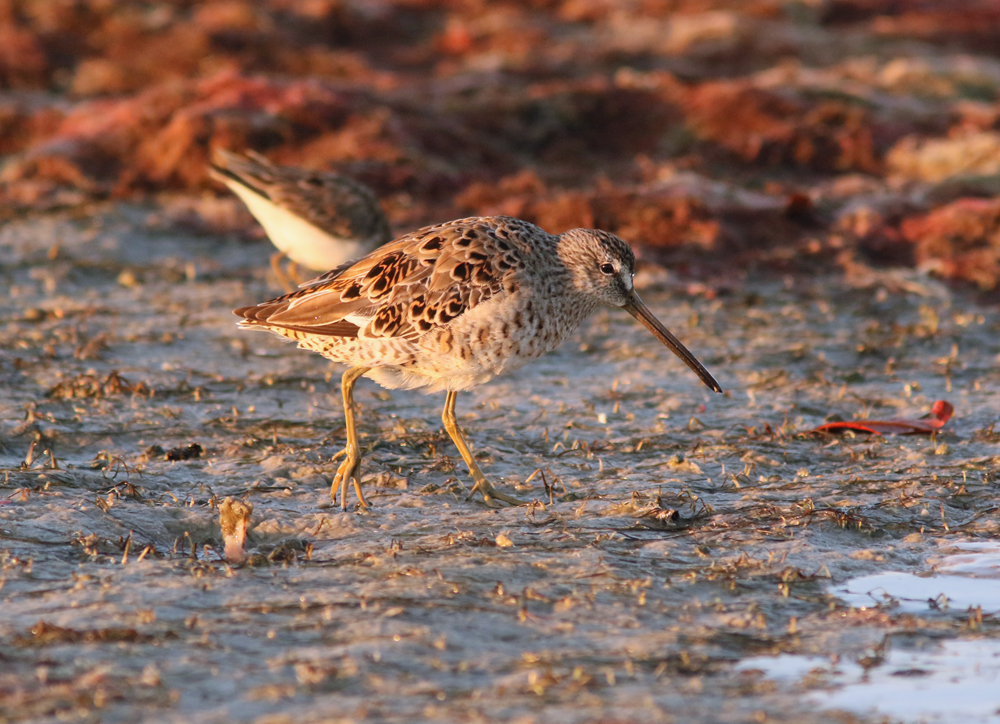 I'm pretty sure this next one is Long-billed as well, but its tail is not as dark as the earlier bird's. 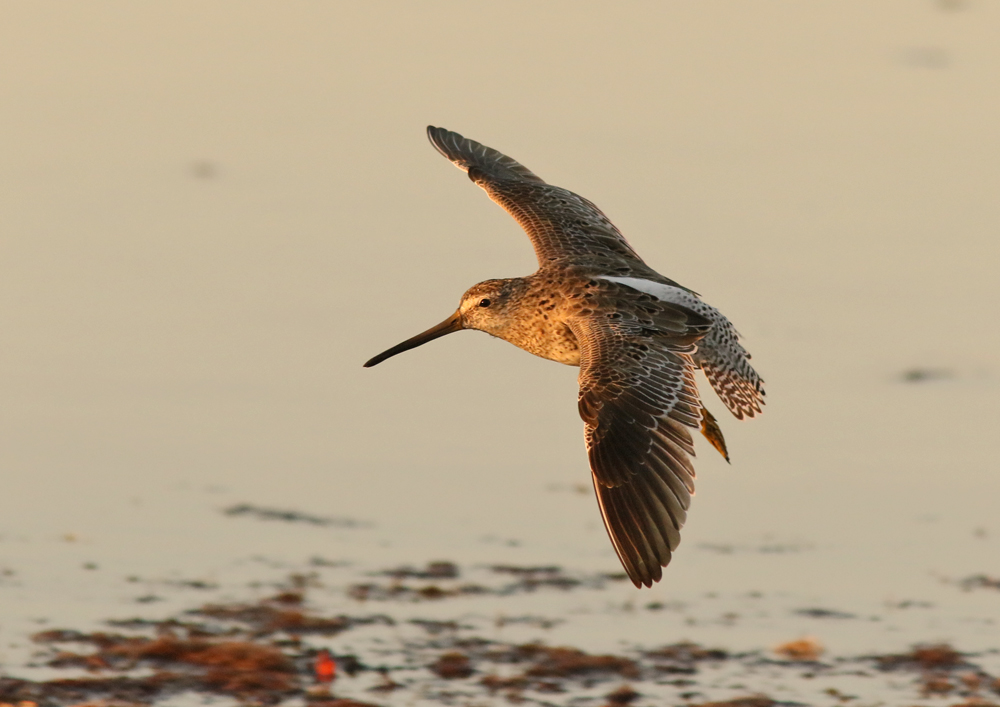