I wasn't the only one attracted to the concentrations of birds following the tides.  There were good numbers of eagles slowly cruising along (more on them later) as well as a merlin that would strafe the shorebirds.  The merlin would push the sandpipers up to a quarter mile up or down the beach as prey tried to keep their distance from predator.  I accidentally walked right up to a couple Wilson's Plovers after this happened moving at normal speed thinking the beach was empty. 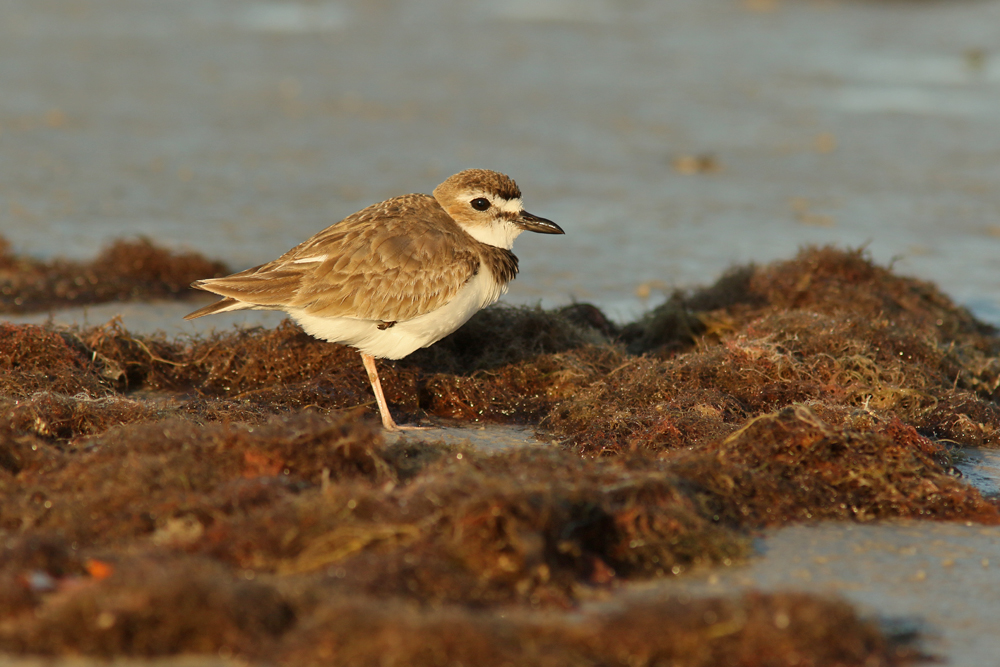 Instead of flying the Wilson's had hunkered down on the drying mats of seaweed and blended in amazingly well. 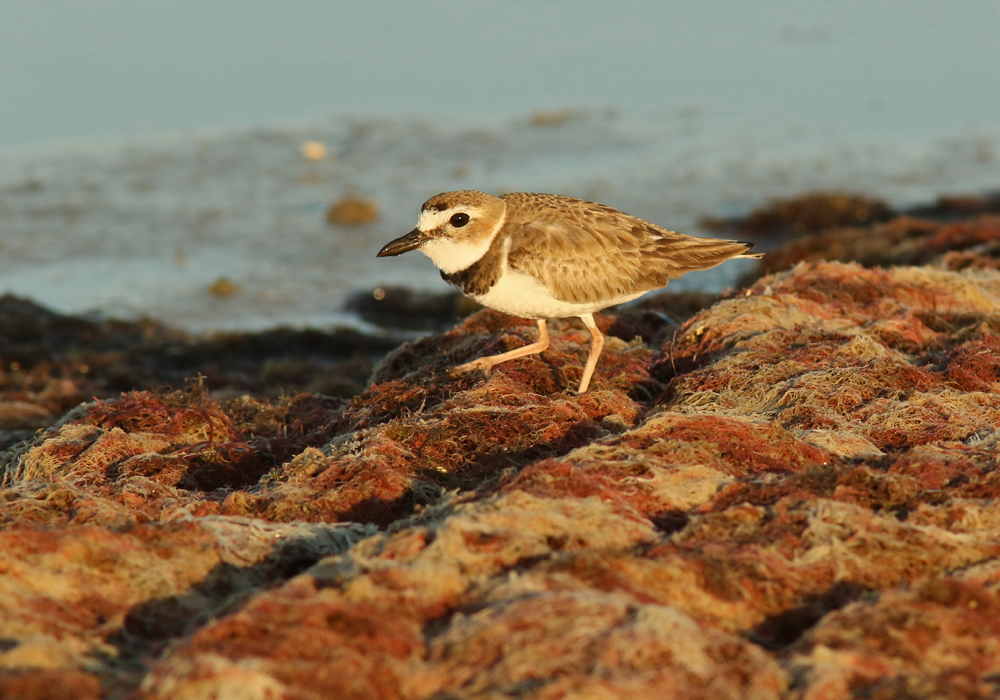 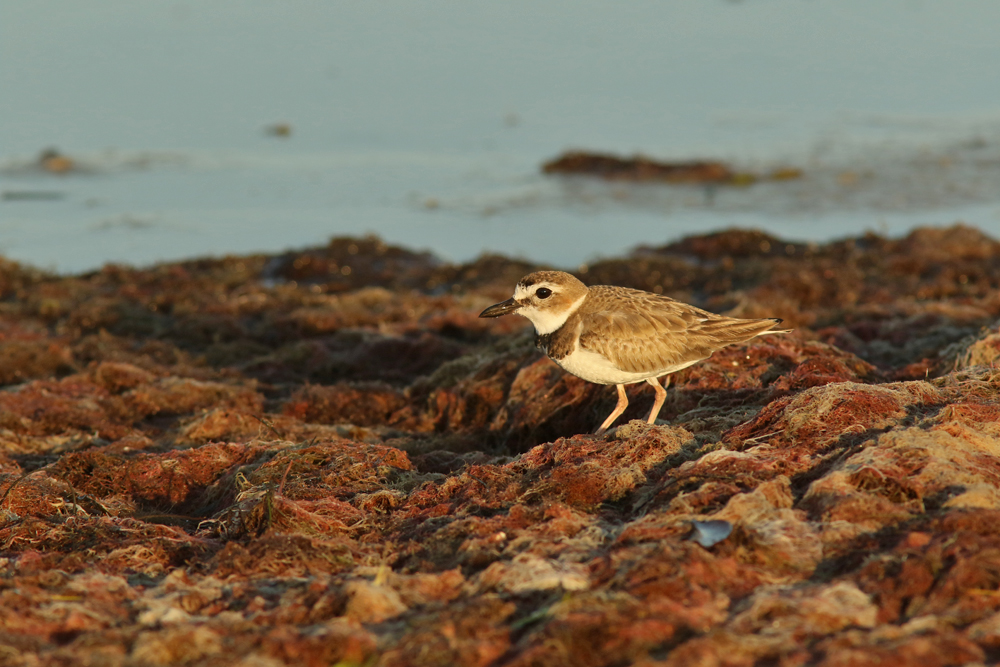 This is presumably a first spring bird. 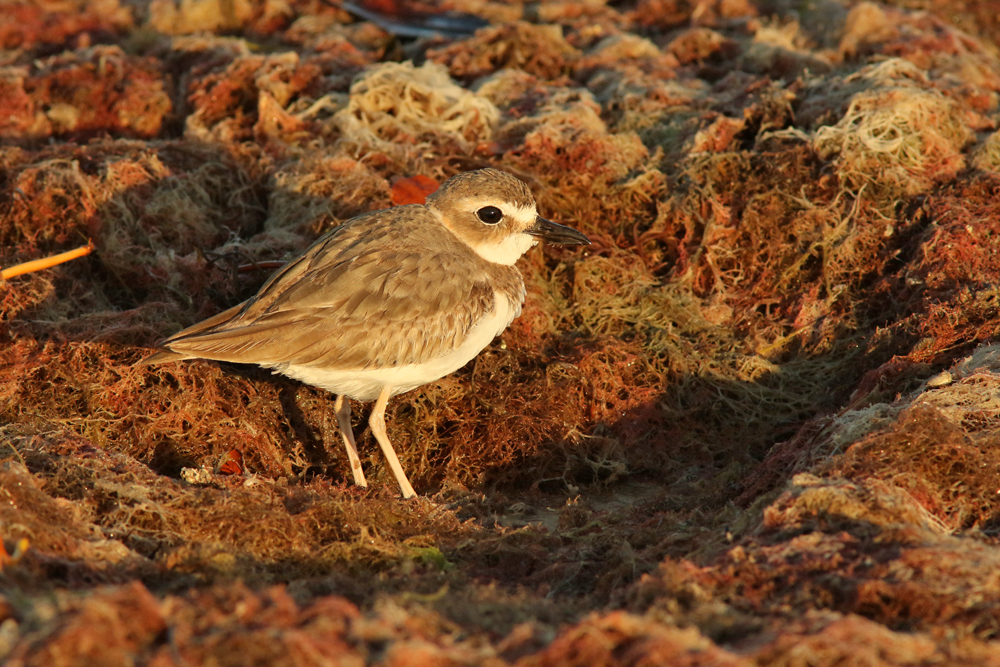 I heard this one calling the day before and tracked it down since I wasn't familiar with the call. 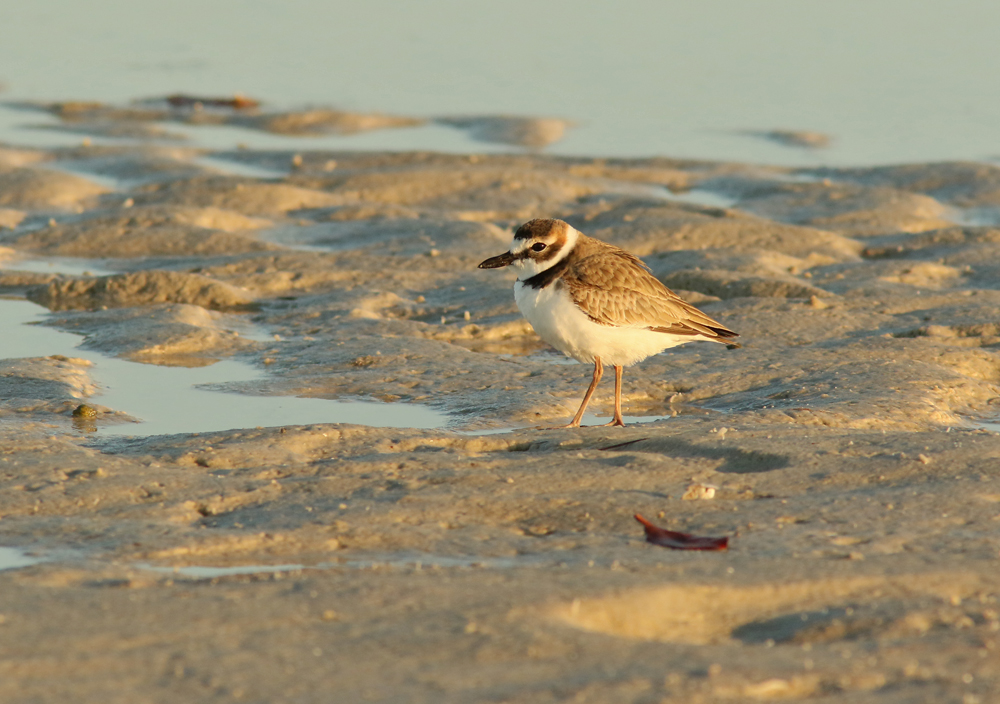 There were also a few Piping Plovers around.  I haven't yet tried to track down the bands on these two birds. 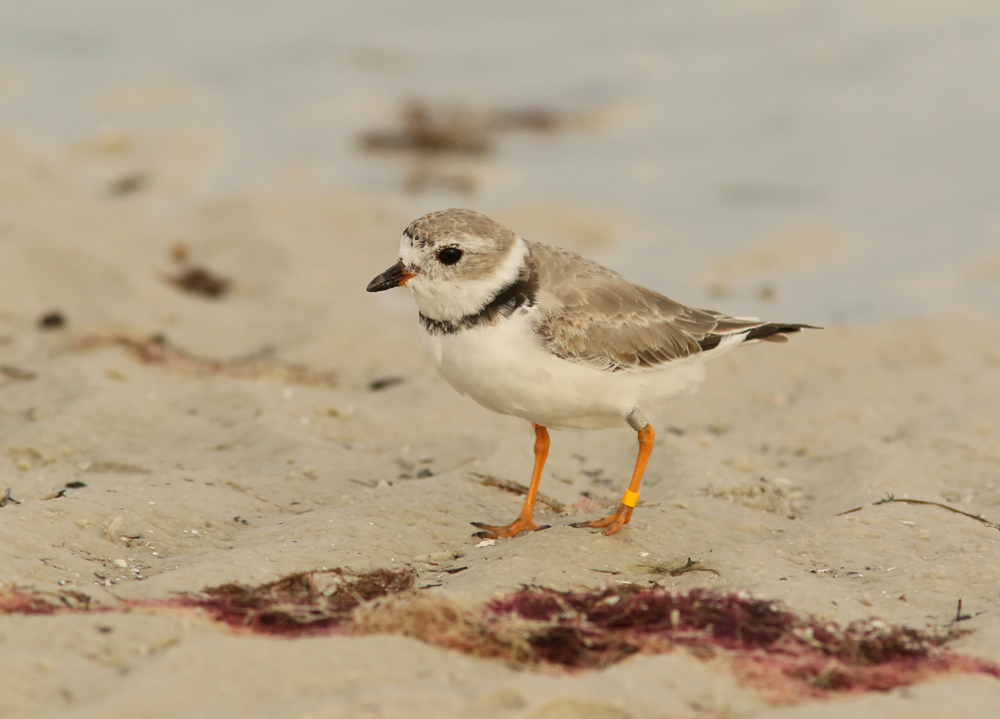 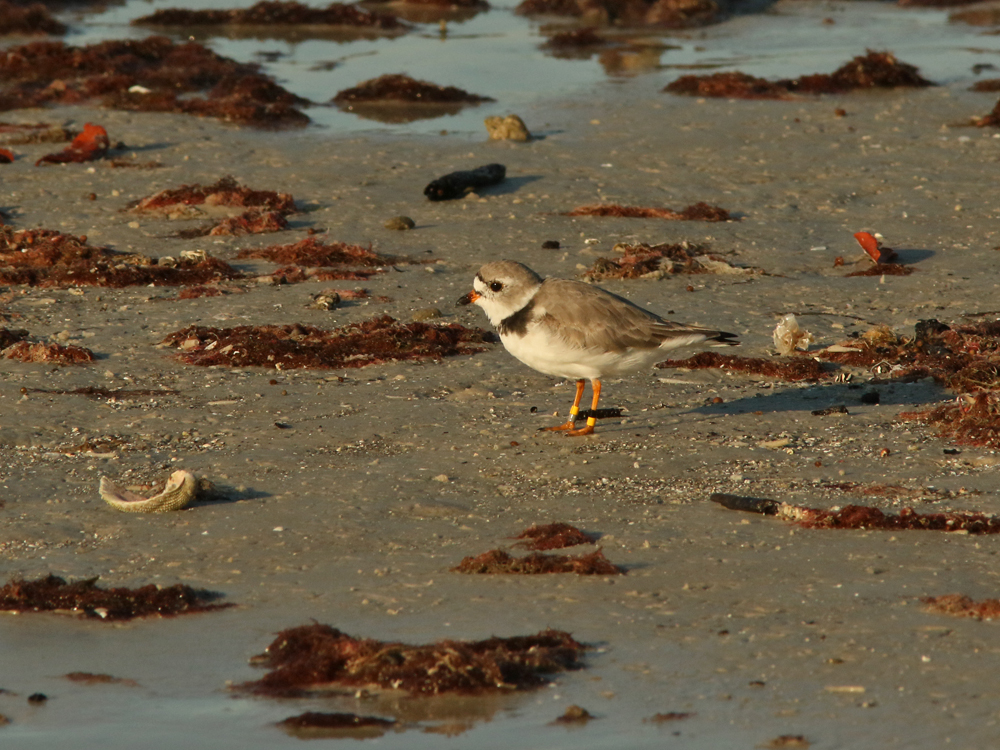 This first spring bird had escaped detection in the nest. 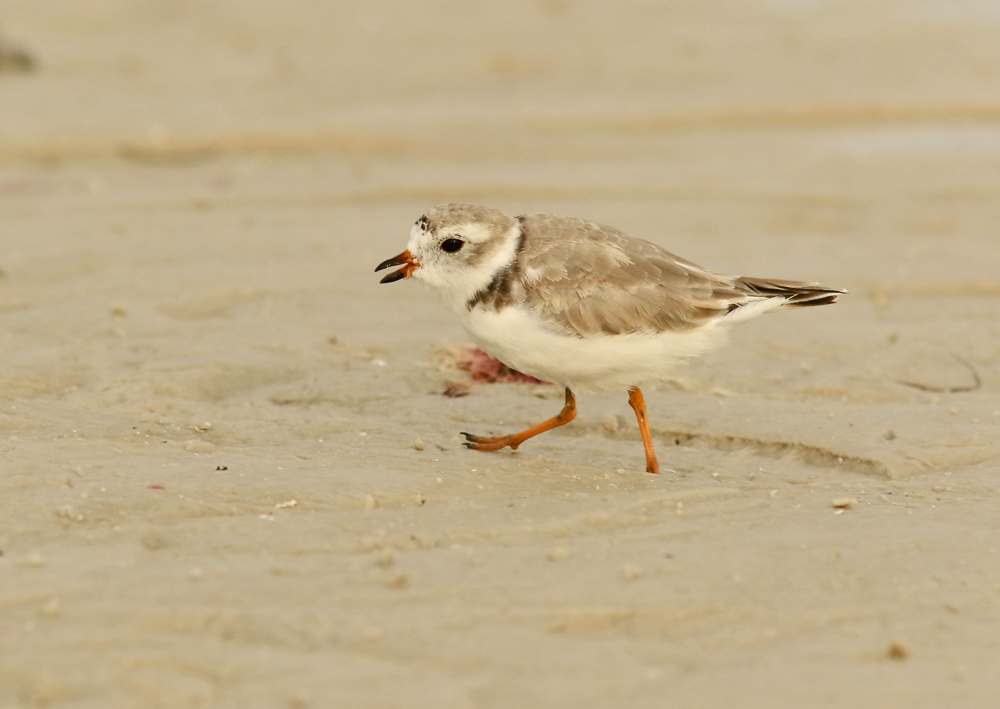 Finally a Black-bellied still in full winter plumage.  They were definitely a bird to be aware given their hair-trigger proclivities for alarm calls. 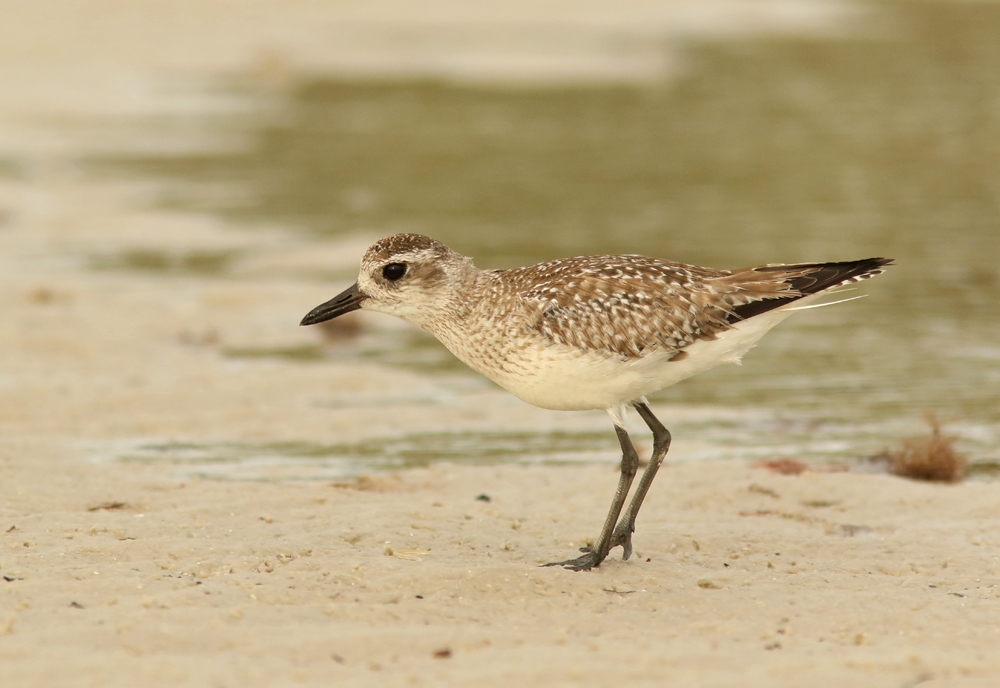 I saw a few Semi-palmateds around but made very little effort to photograph them.  Almost 13 years ago I found my lifer Snowy Plover across the bay on Sanibel (yes, on my honeymoon), I didn't see a Snowy at all on this trip.
Posted by Matt at 10:50 PM

Matt did you ever send this in? The first one is a Great Lakes brood combo. The second one is likely from the Great Plains. If you send the Great Lakes one in to plover@umn.edu, Alice might be able to tell you a little more about it.