The parrot licks along the river were just the beginning of gorgeous birds eating dirt.  After the amazons departed for the forest we continued upriver a little farther to where a large blind had been built at another site that parrots used to lick clay, this one fairly deep in the forest.

It was dark, which added another layer of incredulity that we were going to see one of the gaudiest birds in the Western Hemisphere, Scarlet Macaws.  It took at least an hour for the birds to start filtering in, but filter in they did. 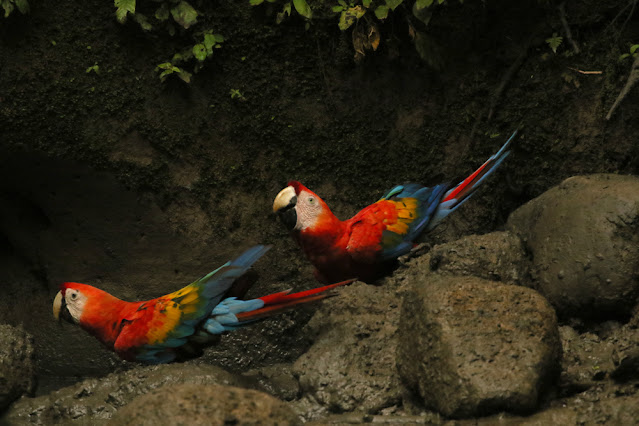 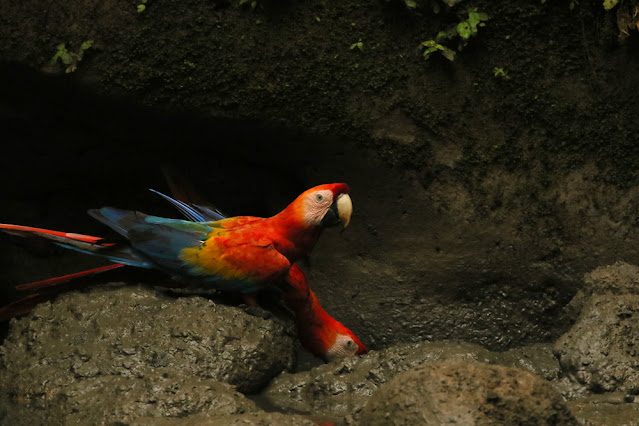 For the most part they would come and go in pairs; clearly the birds weren't on eggs right now. 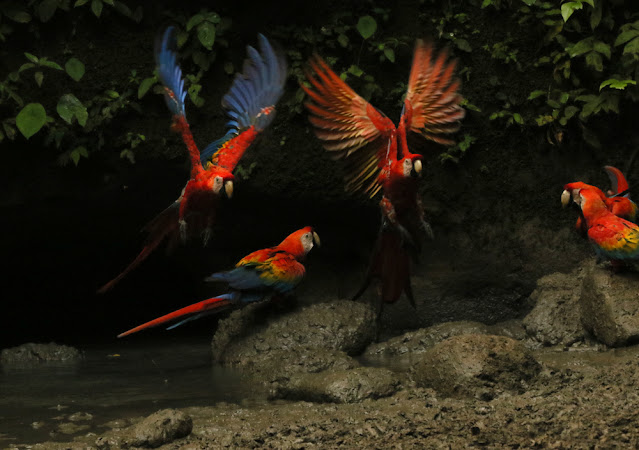 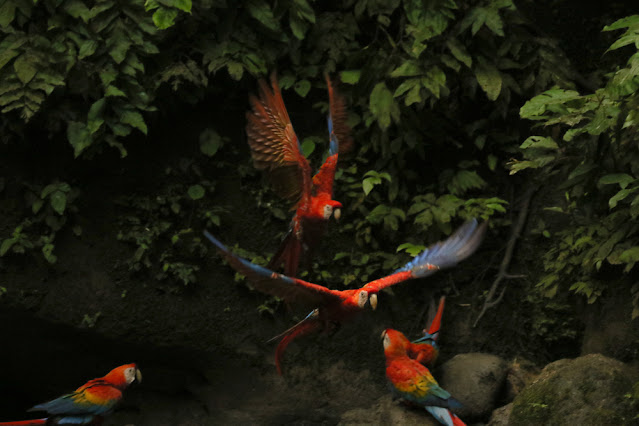 I spent a lot of time trying to get a decent flight pic of the birds.  It was challenging, but this frame is one of the better ones that I think I've taken. 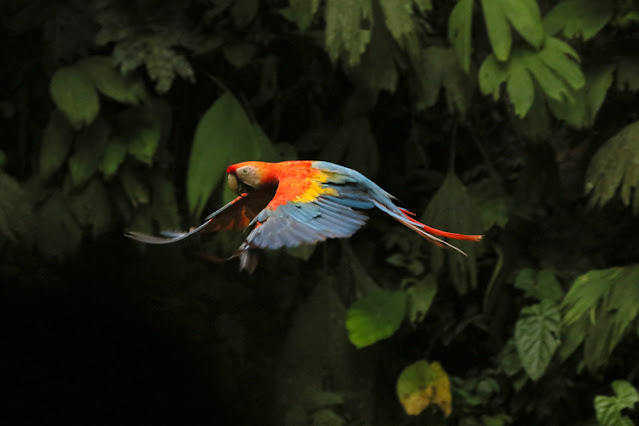 Finally a backed off view to give a better sense of the place. 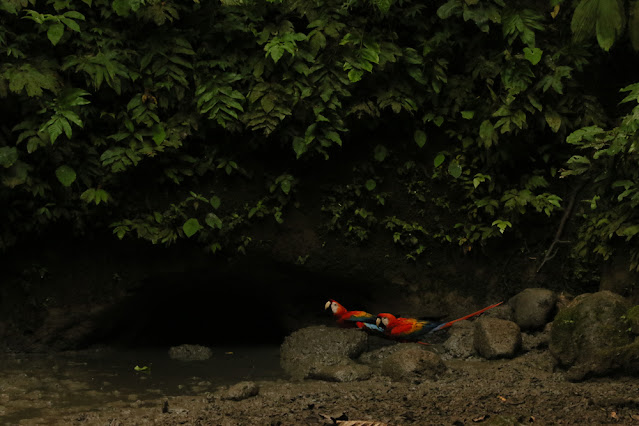