Can you get tired of Scarlet Macaws?  The answer should be no, but as long as the macaws were about there wouldn't be any other birds.  And since after a while you either have the pic or you don't, I honestly didn't mind when they started filtering away.  Now the problem was that they had to go ALL the way away for the smaller species to appear and it felt like we stared at the muddy rocks for about an hour after they departed before activity recommenced.

Cobalt-winged Parakeets are on the opposite side of the size spectrum, probably smaller than the macaws' heads. 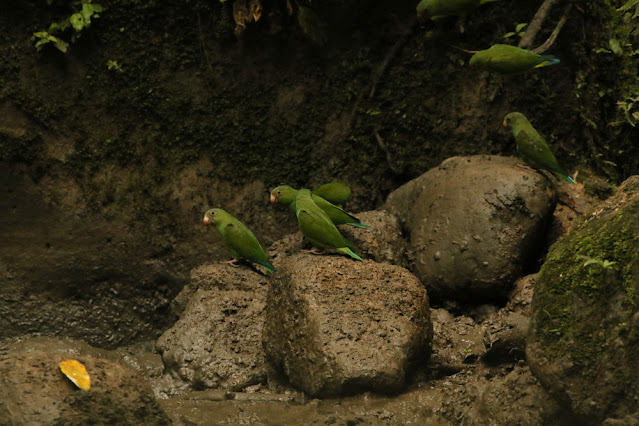 But what they lacked in size they attempted to make up in volume... 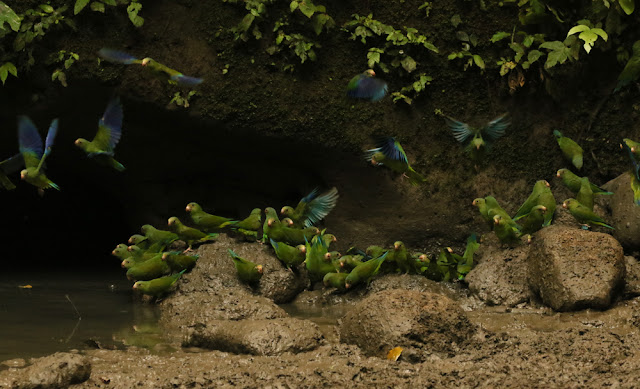 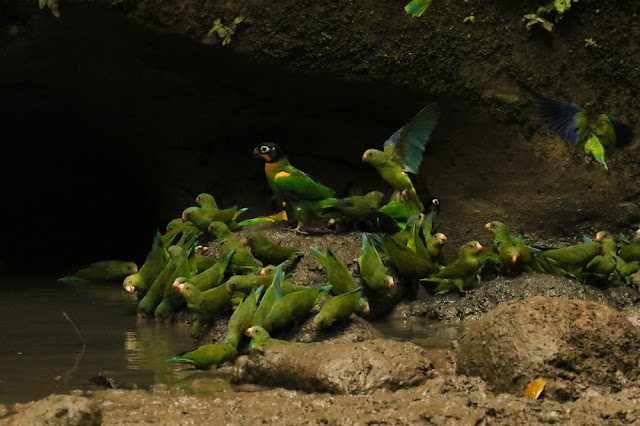 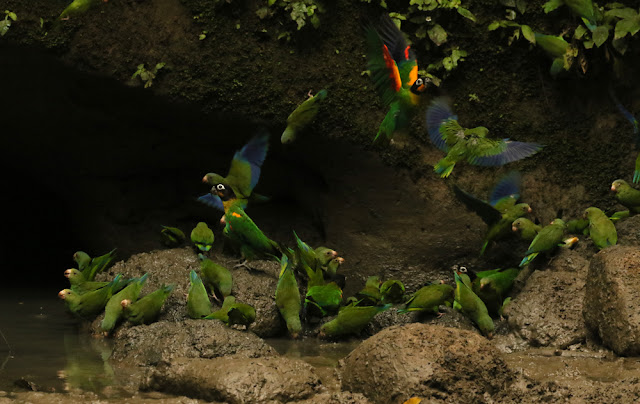 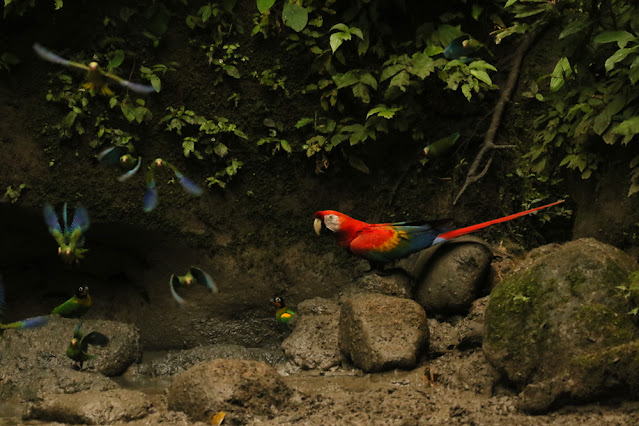