It's been a few years since I've had a chance to really bird January 1.  But I had the chance this year (at least until a sputtering ice storm sent me home midday).

Tiscornia was pretty quiet, though there were a lot of Red-throated Loons.  A kestrel at the nearby Paw Paw canoe launch was the first raptor of the year. 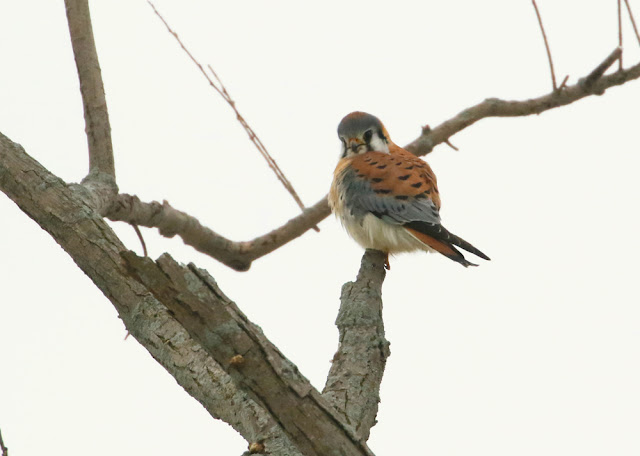 A flicker on an opposite snag was the first woodpecker of the year, and then a group of Common Redpolls beat Junco onto the year list! 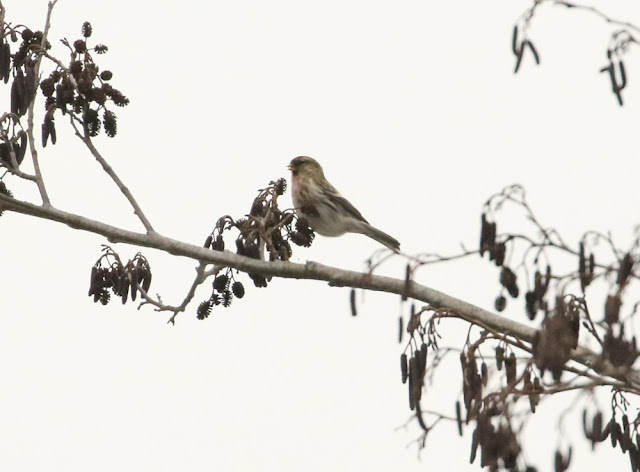 Paw Paw Lake was as birdy as I've seen it with both black-backed gulls and good numbers of ducks.  Most of the swans were Mute, but eventually a group of Trumpeters appeared.  There were 2 young birds and 3 adults.  One of the adults had possibly a radio collar? 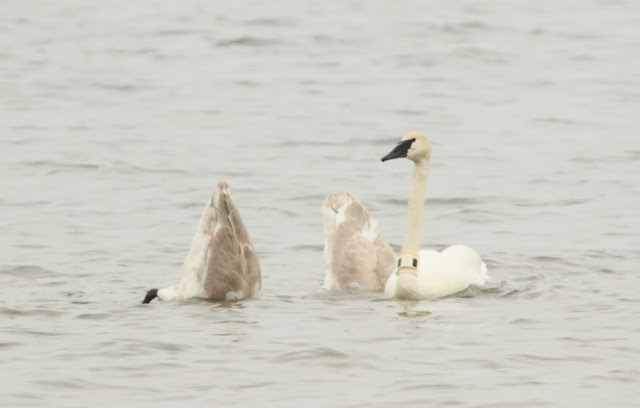 The other two adults were unbanded.  This is one of them.  I find it difficult to separate Trumpeter from Tundra based on the cheek feathering, and this bird even has a hint of the yellow pip that Tundra shows prominently.  Its bill is too long for Tundra though, and all the birds were the same size. 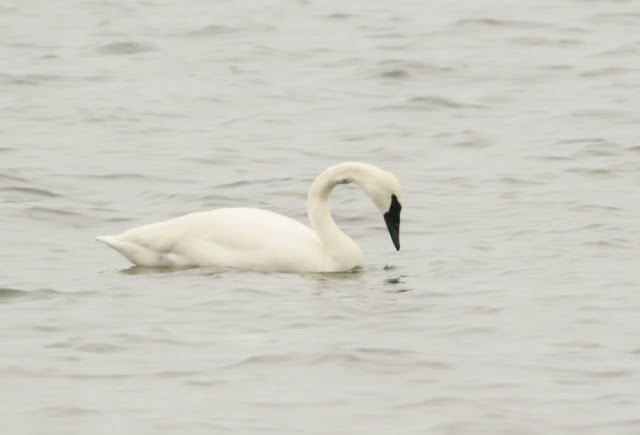 The forehead feathering works better for me (if you're relatively close to it); Trumpeter has a pointy forehead if it's looking at you (like the bird on the left).  To the naked eye I thought the juvies were mutes initially.  I'd forgotten (or never knew?) that they can have some pale mosaic color to the bill. 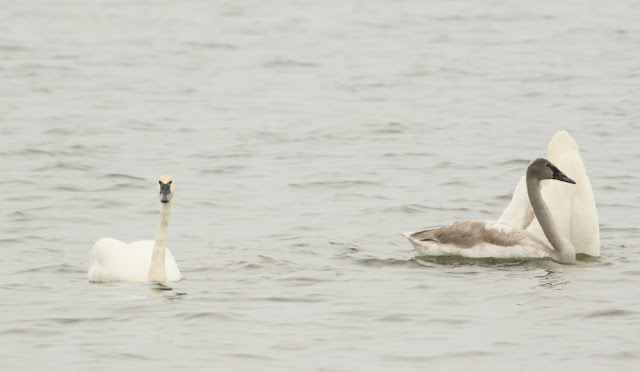 Finally the odd redhead that the title refers to.  Eider crossed my mind for half a second to the naked eye.  You can see how the trailing hen has the usual slight frostiness to the foreface.  The lead hen practically has a white head, I don't think I've ever seen this effect. 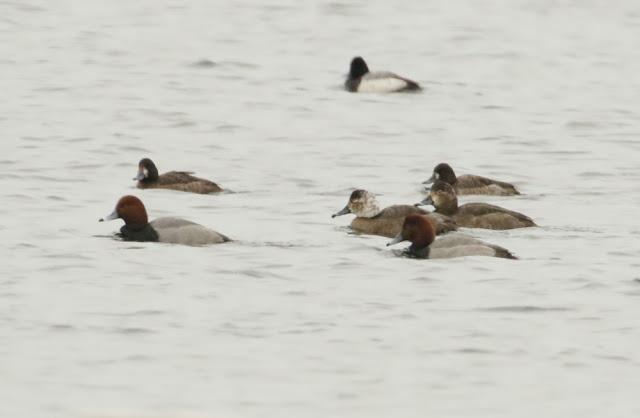