It's been a few years since I've seen an Iceland Gull so I was pretty excited to see that the 1st winter whitewing on the south pier had a dark bill.  It played hide and seek for a while as it rested offshore, but eventually headed in to the beach. 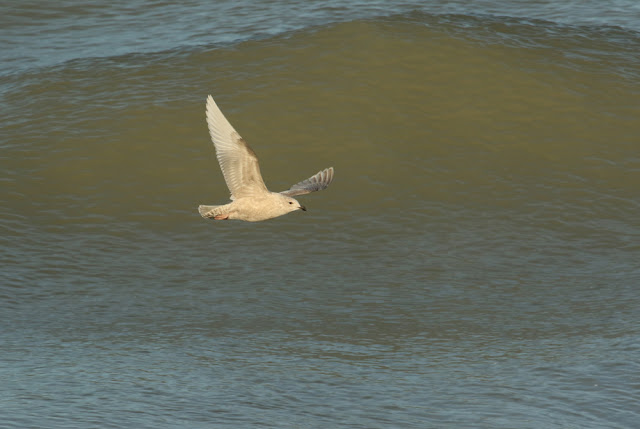 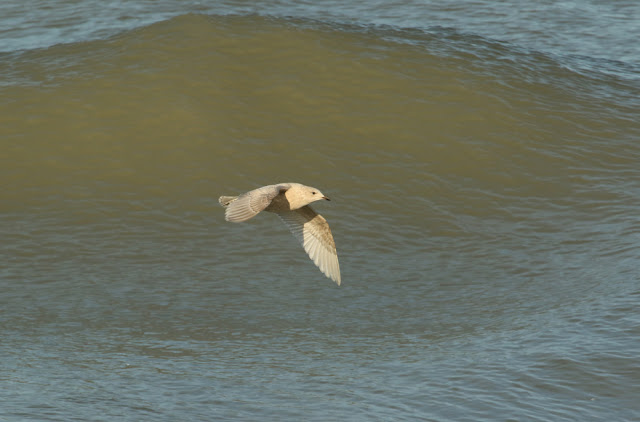 Where he displayed some manners that, well, I'm not sure I want to go to Iceland... 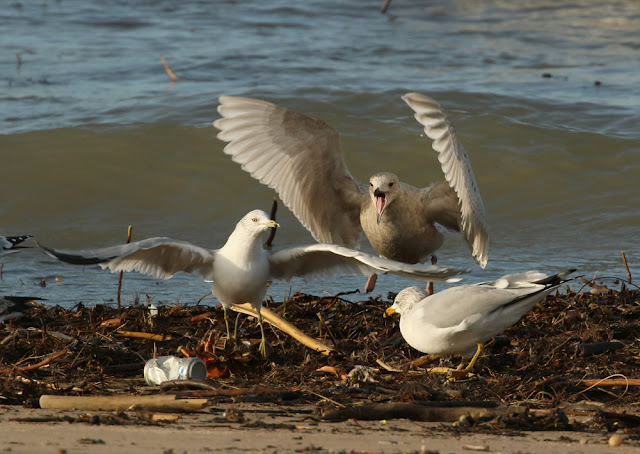 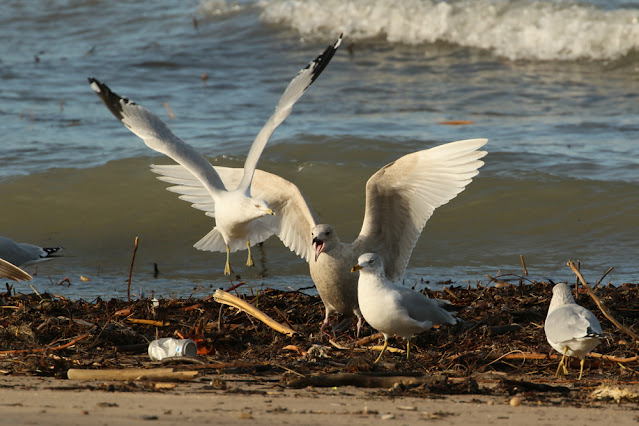 Is everyone from Iceland that mean?
Pretty enough though as it cycled around off the beach. 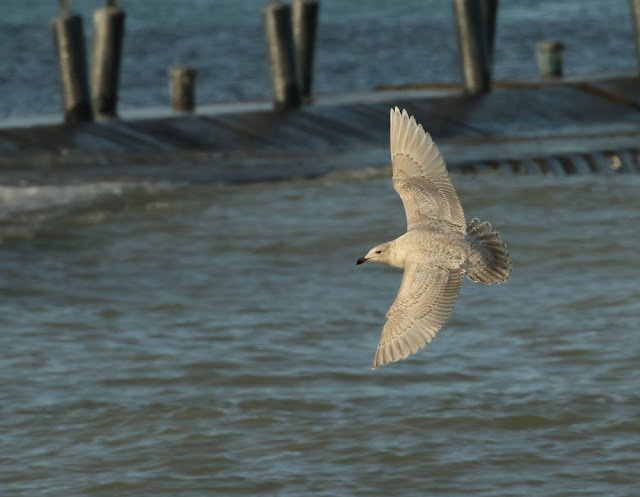 The bird overall was pretty pale, in life it looked lighter than these pics, but there's a little bit of dark pigment on the dorsal secondaries. 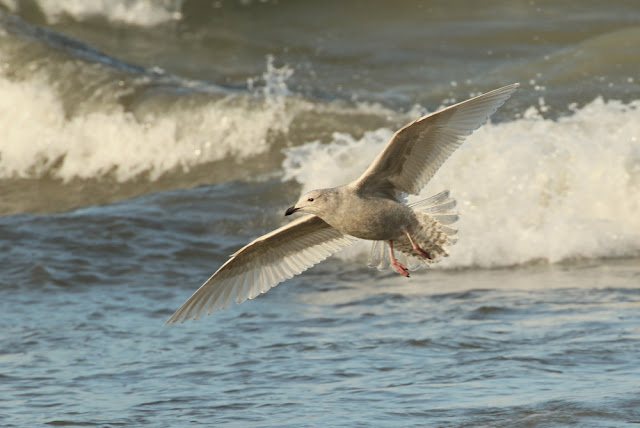 I'm glad we don't have to separate them from Thayer's anymore since this one certainly isn't the lightest Kumlien's.  I don't know how much variation there is on the east coast or if this one would get thrown in the intermediate zone based on the darkness in the secondaries. 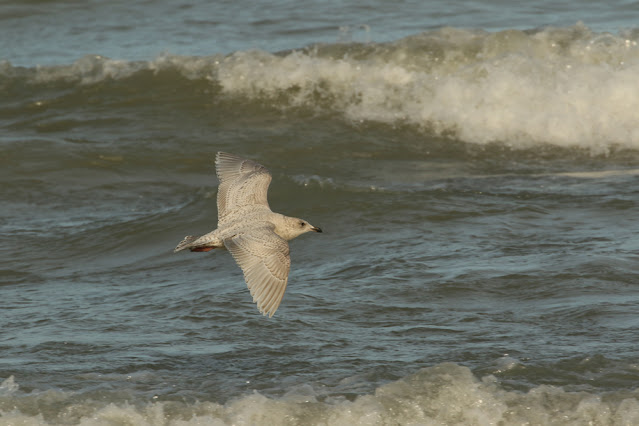