Or green on orange, either one.

Our second to last morning in Ecuador found us initially jockeying for position amidst a flotilla of tourist boats along the Sani River.  The target?  A bare stretch of clay along the river that would attract parrots from probably miles around as they attempted to detoxify some of the chemicals from the pits or seeds of jungle fruit. 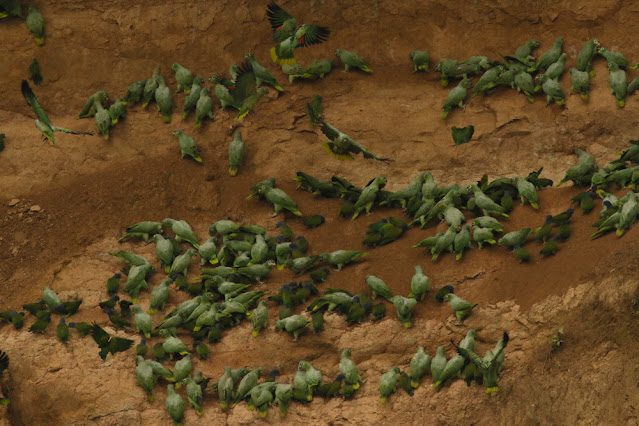 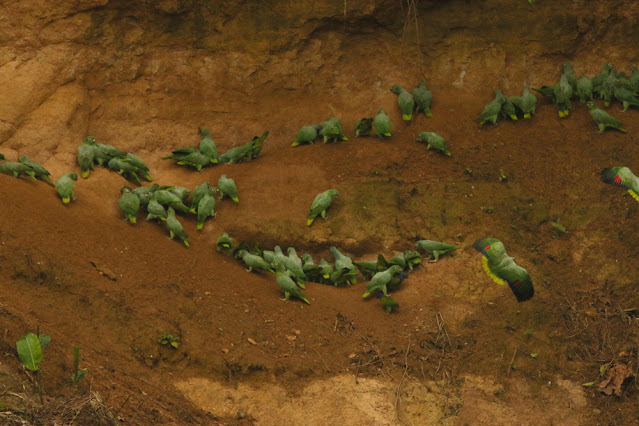 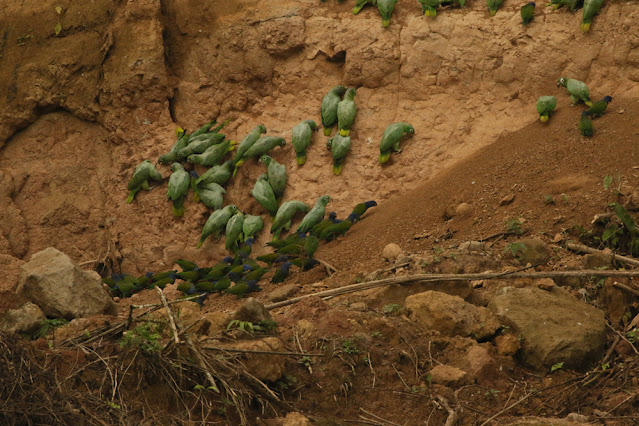 The smaller birds are Blue-headed Parrots.

Close study produced another Amazon, this one a Yellow-crowned. 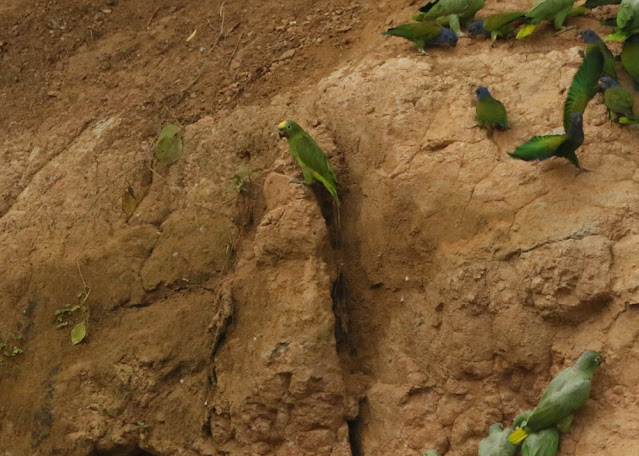 As the Sun started to rise (presumably at least.  it was overcast) the birds started to take off and stage in the forest.
Mealies again. 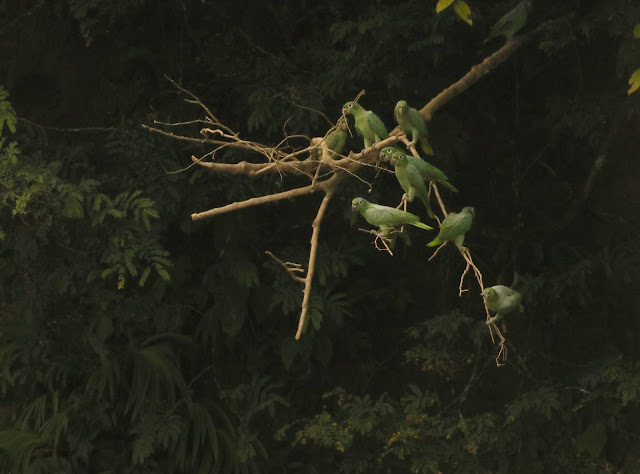 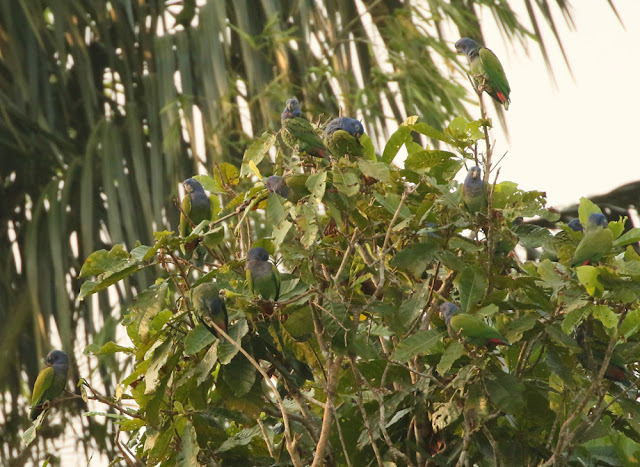 Before at last a screeching cloud of green birds flew off into the green forest. 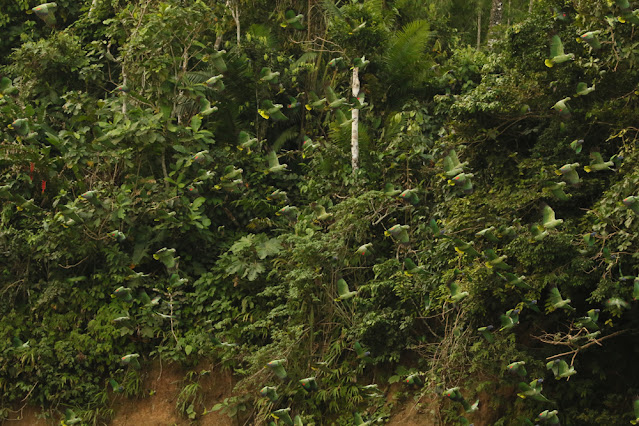 I think there's somewhere between 75 and 100 parrots in this pic, but I haven't gotten up the courage to count them.