Want to get ahead on your Christmas shopping?  Because if you're in the market for a present for someone who will go (or honestly has gone) to Central America I've got your answer (in the latest of offerings from Princeton Press who kindly provided me a free review copy): 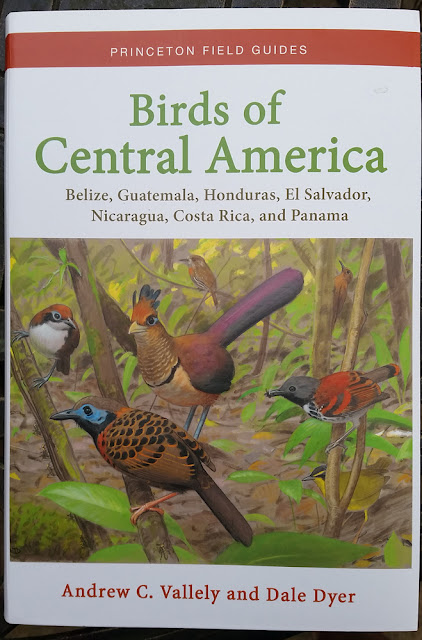 The book, about the size and weight of big Sibley is in my opinion the best book I've ever seen for Neotropic birds, in this case Central America (which for this book excludes Mexico).  But while I've never been to Guatamala or Nicaragua (and may never get to those places), it's really nice to have those birds in this book. 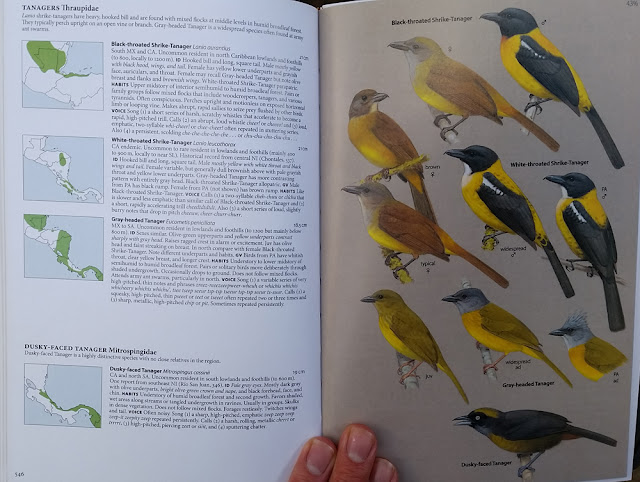 The illustrations are really well done.  It's not easy to capture the gestault of a bird, but this illustrator (I assume Dale Dyer) succeeds, which is no easy task with some of the weird neotropic flycatchers that just don't look like anything else.  But since not everyone here has had the joys of seeing flatbills and elaenias I included a plate here that shows one of our spring heralds that every knows well. 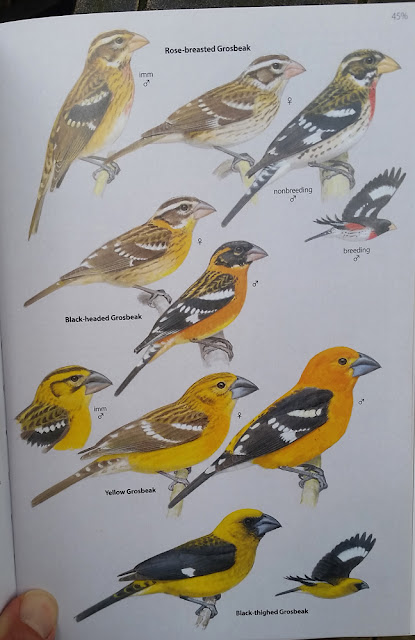 My photos aren't as sharp as replications of these plates deserve, and apologies for the glare. 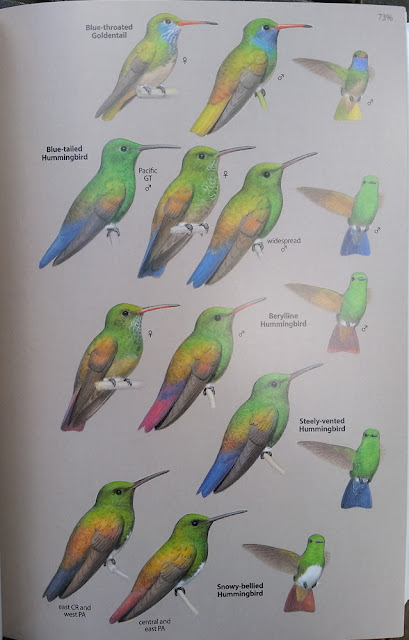 I've immensely enjoyed just flipping through the book because the illustrations are really accurate, and bring back memories of seeing these species whose names start to run together after a while.

I did have a couple of quibbling points with the book:
Those minor points aside, this is probably my favorite book that I've reviewed for Princeton Press and one that I would unequivocally recommend.  It will be interesting to see if this book can become the new standard for guides treating South America to reach for.  I would love to have a book like this one to prep for this winter's return to Ecuador.
Posted by Matt at 1:58 PM