Tim and I had this odd gull at Tiscornia while checking the flock for Mew Gulls yesterday.  At first glance I thought it was the first Glaucous of the year, but it was actually too white ... but had some dark primaries.  Ultimately we settled on it likely being a Herring Gull missing some pigment 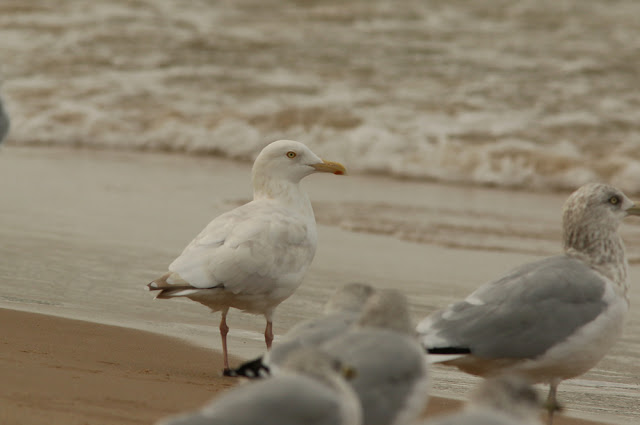 It has an adult bill, and an adult Glaucous (or Iceland) would have a light gray mantle.  It also has the triangular head of a Herring rather than the heavy-jawed rounder head of a Glaucous.  The eyering is orange.

As it takes off it looks like the secondaries are fairly normal, but the primaries have markedly reduced both gray and black pigment, and there's some rows of secondary coverts that are basically white 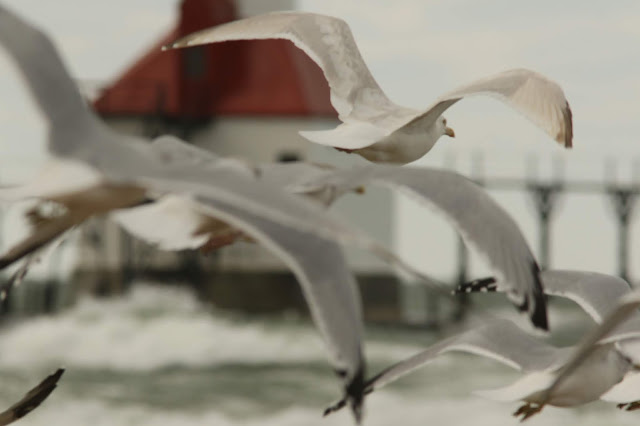 A view of the underwing shows it's molting its primaries; P10 probably isn't visible from above. 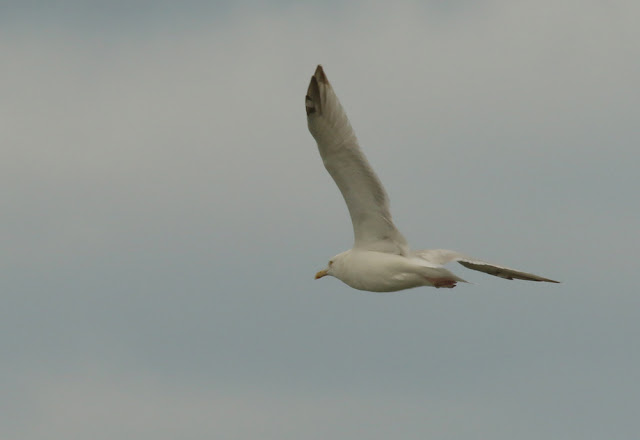 P9, P8, and P7 look therefore to have dark pigmentation.  I'm assuming the piebald mantle and wing coverts argue for a pigmentation rather than a hybridization cause, though the markedly reduced number of primaries with dark ends might be a point in the hybrid column. 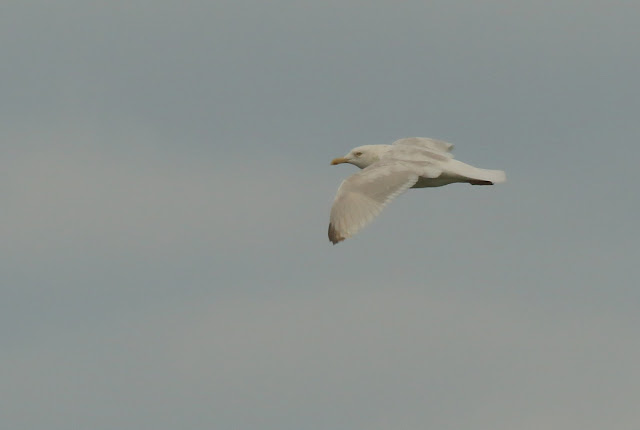