A straight west to east jet stream didn't help the waterbird flight today as it pushed a long front a county or two to the north that walled off any southbound birds.  It probably did contribute to an influx of Franklin's Gulls with multiple birds seen in the last day or so in the county.  Before today it'd been 3 years since I'd seen Franklin's in the county. 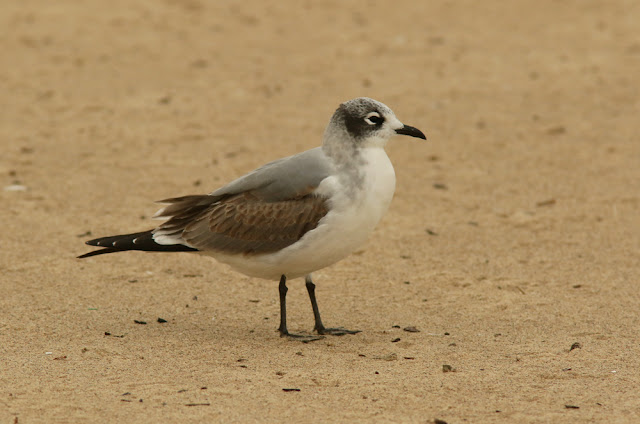 The brown wing coverts would indicate this is a first fall bird.

Here's a montage of it taking flight. 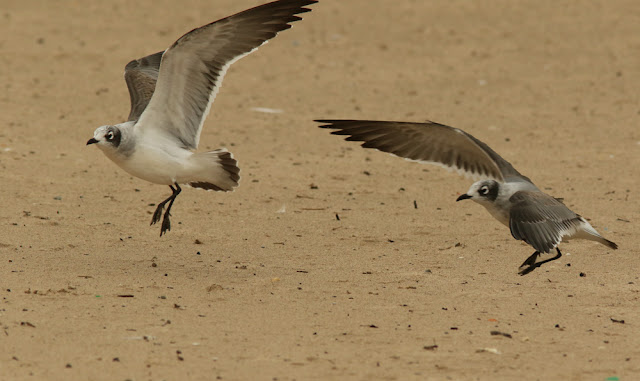 We actually had 6 species of gull on the St Joe lakefront with flyby Bonaparte's at Tiscornia, the Franklin's at Jean Klock, and both species of Black-backed gull at Silver... 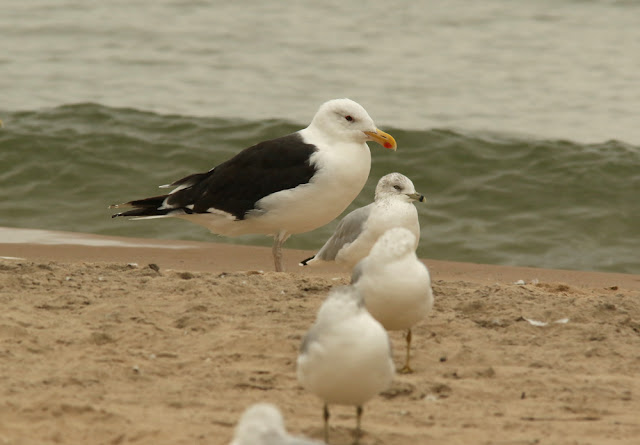 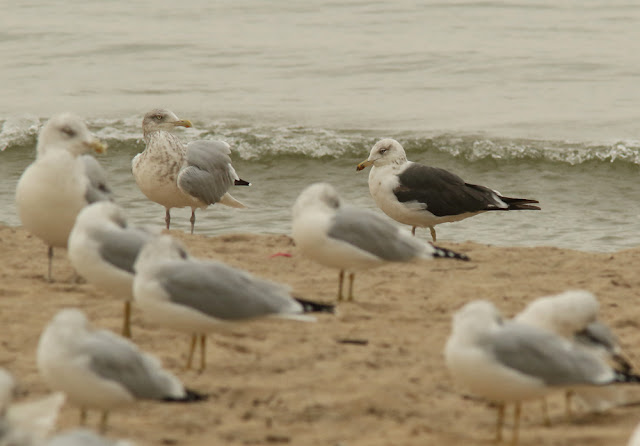