After spending a few hours at the large feeder set-up in Mashpi we took in a much smaller one that was tucked into the woods for a few other species, first among them Moss-backed Tanager.  But before the Moss-backed's came in there were other birds to look at. 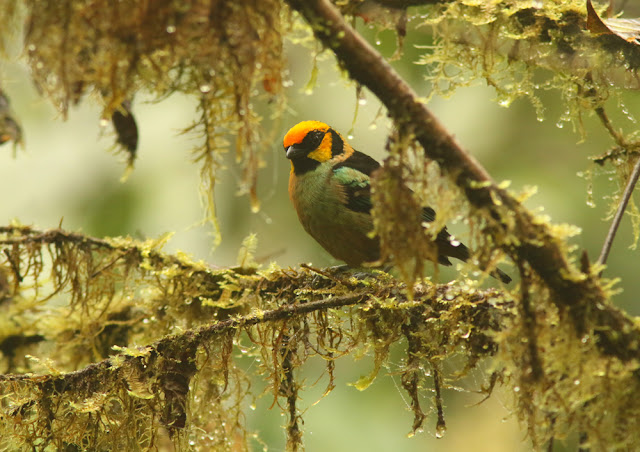 There were certainly other birds about, White-throated Quail-dove here. 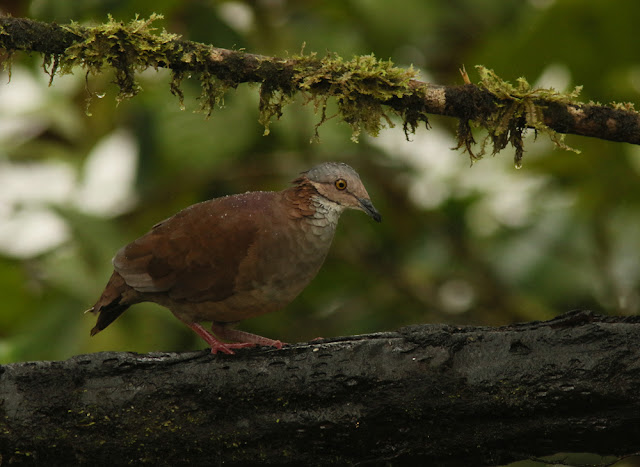 As well as Crimson-rumped Toucanet 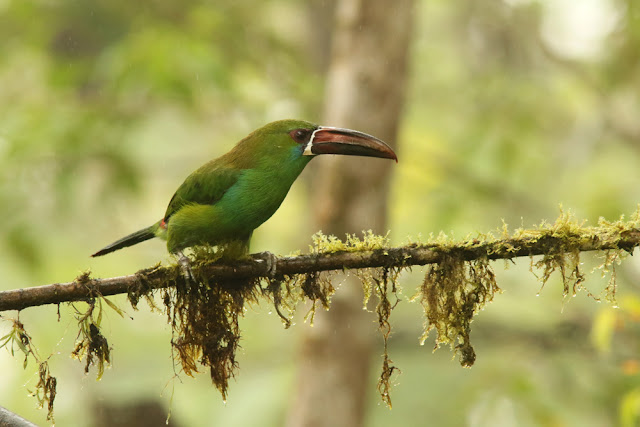 Black-winged Saltator (one of the individuals in the header pic) 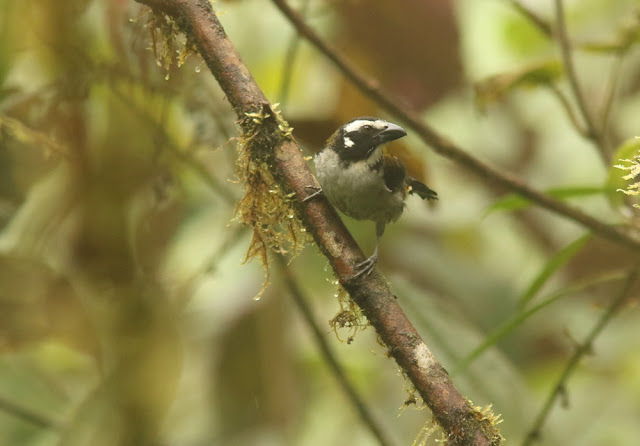 As well as Thick-billed (I think) Euphonia. 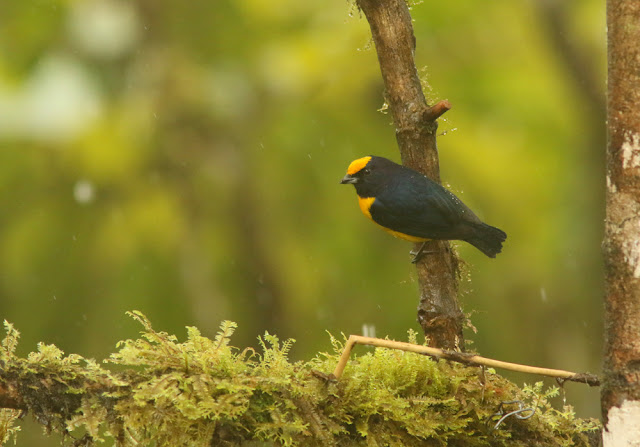 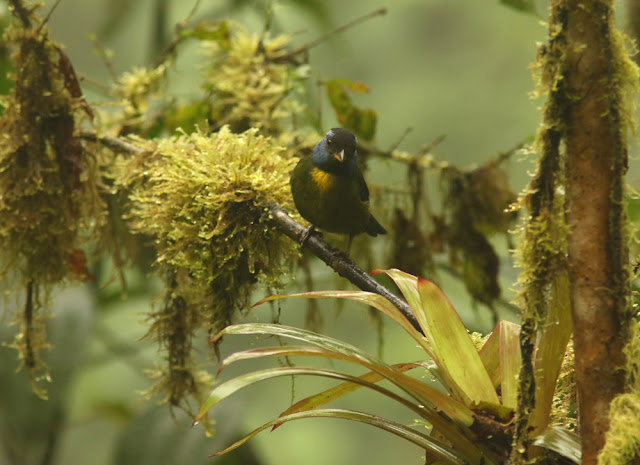 These were small chunky tanagers with fairly unique blue faces.
Posted by Matt at 4:47 PM