As we left the main site at Mashpi, Jose took us to the entrance of a very expensive rainforest resort (whose name escapes me but apparently has appeared in National Geographic).  Amazingly, atop one of the buttresses of the main gate (and they definitely weren't going to let us inside) was a nesting female Lyre-tailed Nightjar. 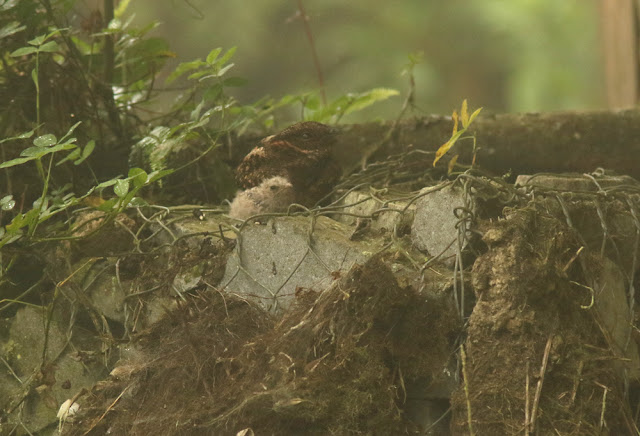 A female Lyre-tailed Nightjar with a baby no less.   The chick snuggled back out of sight underneath the parent's feathers fairly quickly though.

We continued on to another smaller feeder set-up that was tucked more into the forest and actually had a nice little flock of insectivores work its way through.

I don't think I've seen a Red-faced Spinetail without rain. 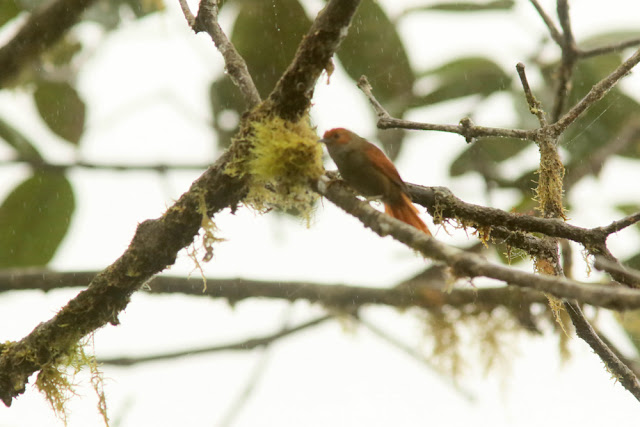 Same for Scaly-throated Foliage-gleaner (though maybe that doesn't really count since I've only seen that species on this trip). 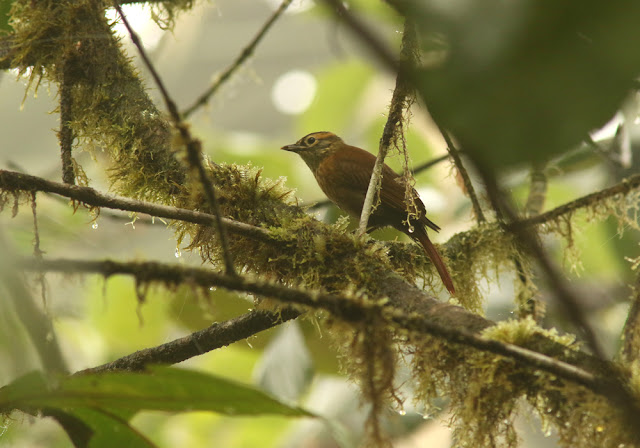 Here's a Wedge-billed Woodcreeper disappearing up a tree. 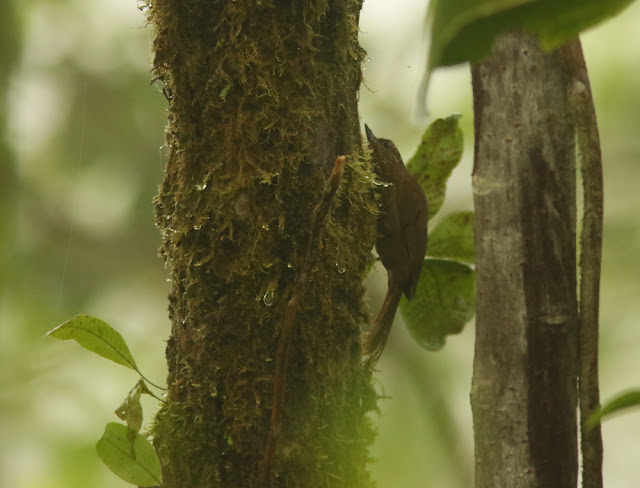 This was a bird that was quite common on our very first trip to Costa Rica several years ago but that I've seen only infrequently since.

Finally a Black-and-white Becard.  I'd seen the (not black-and-white) female in Costa Rica; the namesake plumage was a first for me. 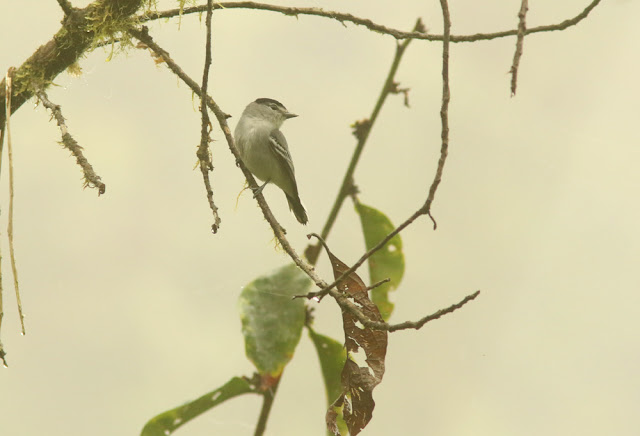