We spent our last day at the Angel de Paz refuge, a location where a farmer (Angel) started tossing worms to some birds he saw in the underbrush of his farm.  He mentioned this to someone who told someone who somehow flagged onto a guide's radar that he was feeding antpittas.  One group led to another group led to entire tour buses dropping off groups at his farm.  I would guess his main revenue stream is birders at this point.  There were a lot of birders.

We started at daybreak at a Cock-of-the-Rock lek.  The sounds were somewhat intermediate between a manakin lek and displaying oropendolas.  It was pretty dark and the birds were mostly quite distant.  Group after group of birders filtered into the blind and you couldn't really move without losing your ability to see much of anything.  There were cock-of-the-rocks though. 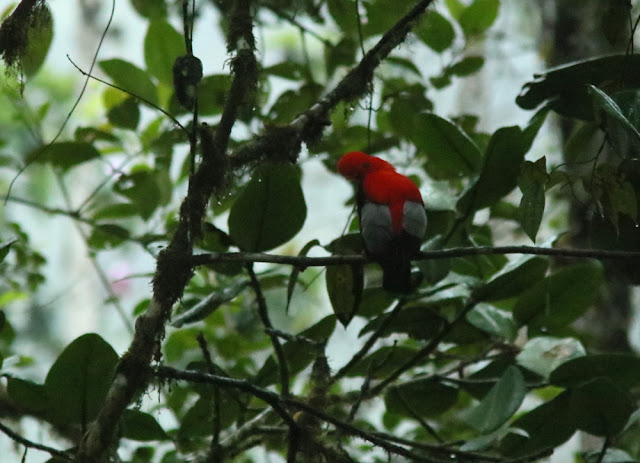 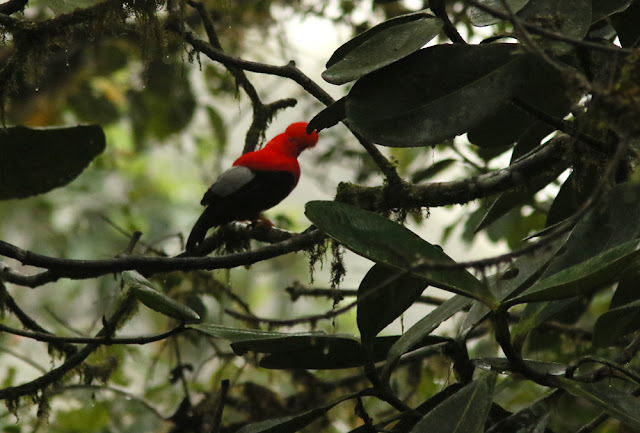 We spent probably 30 minutes as an overcast day slowly broke.  Just about the time when there was getting to be enough light to not be really pushing settings farther than is ideal we had to move on to the next birds.

Which were some perched nightjars viewed briefly through a scope, and then a family of Rufous-breasted Wood-quail enticed out of a gloomy thicket with a plantain. 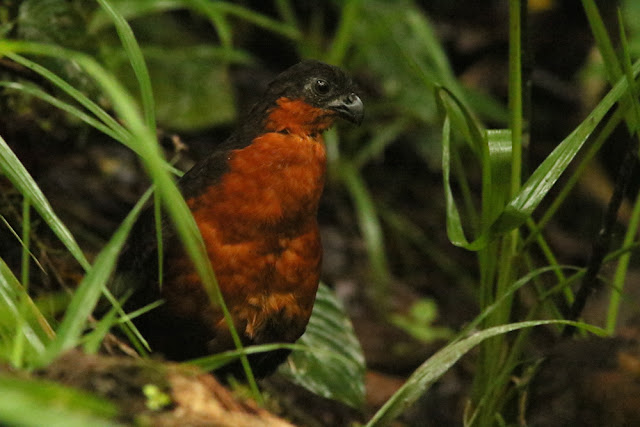 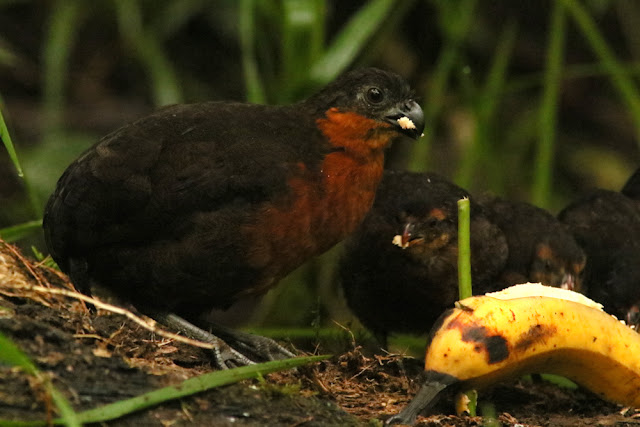 I think the chicks mowing into the plaintain in the next pic are pretty funny. 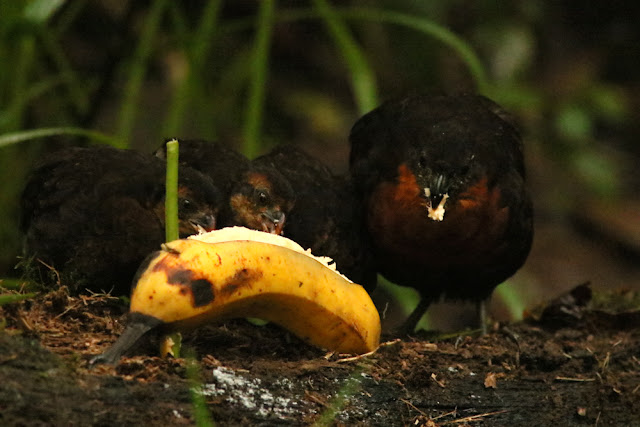 There was a spontaneous Beryl-spangled Tanager seen distantly as we walked back out to the road. 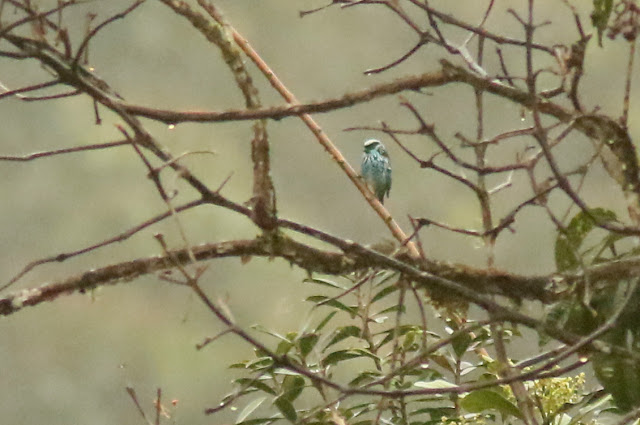 The pic is pretty rough.

On the way out we grabbed a couple more minutes with the Cock-of-the-Rocks with a little better light, but we didn't have time to linger long. 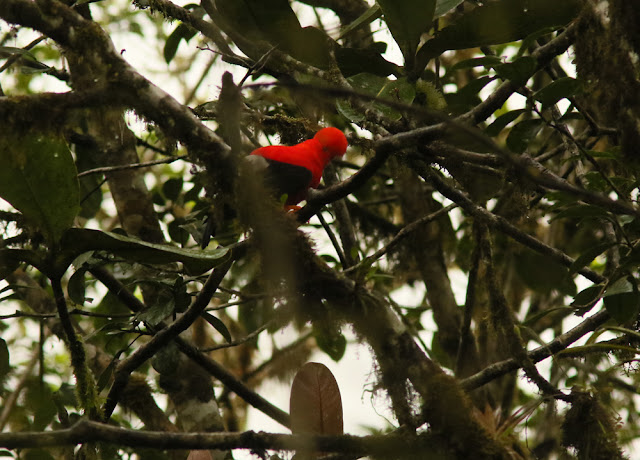