What are you lookin at? 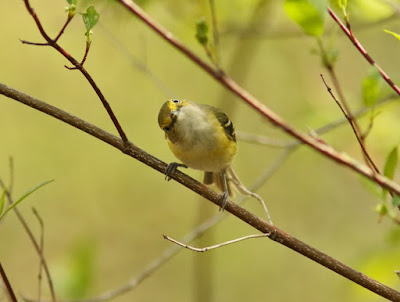 Shutter clicks are close enough to a White-eyed Vireo's chick call that they sometimes show a decent amount of interest in the camera.  The unrelenting north winds of late April and early May really put a crimp on the mainly southern passerines.  Outside of this bird and the Kesling Yellow-throated's I struck out entirely on the rarer southern warblers and tanager.
I didn't have much more luck with the common migrants in terms of close birds.  This female Black-and-White was an exception. 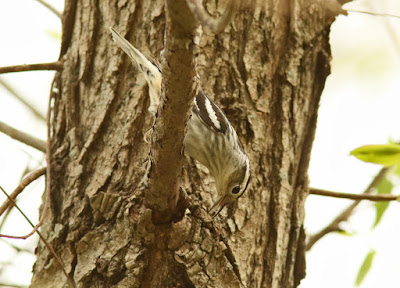 I did a little better with some of the local breeders.  Hooded will forage very low down on their first couple days back before they're setting up territories. 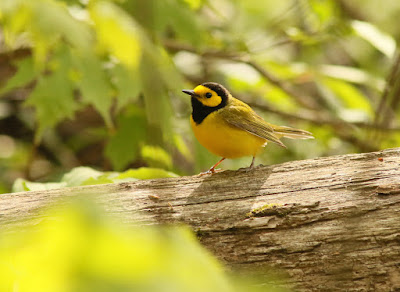 This Blue-winged seemed territorial on a day with bright overcast, useful light for midday. 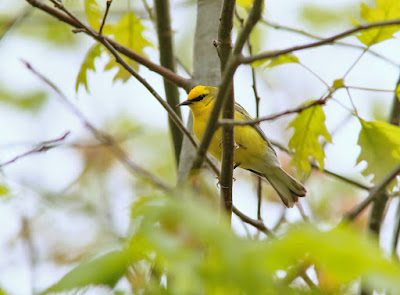 This is a Warbling Vireo 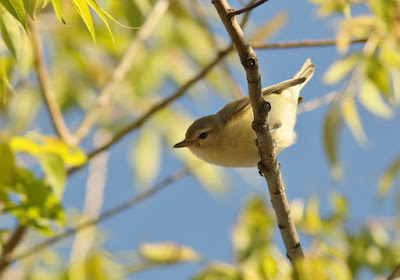 The posture that the camera froze it in gives it somewhat Philadelphia gestault.  The face isn't really contrasty enough though and the yellow is brighter along the side of the breast than it is where the throat meets the breast (plus we watched it singing).
No ID doubts with Scarlet Tanager 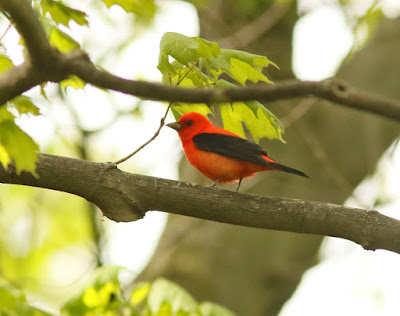 This bird was along one of the ridge trails above Floral, there seemed to be more migrants up there than along the low trail a lot of days.
This female BT Blue was along the main trail. 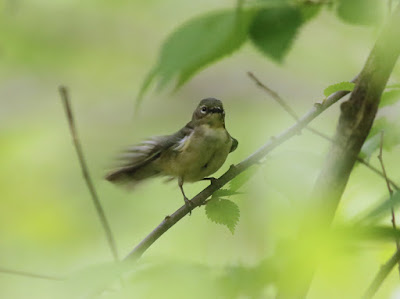 She was shaking her plumage out after bathing, fluttering wings and tail.  It was super dark that morning and shot at a pretty slow shutter speed.  I'm going to say that it's an artistic blur.

A (somewhat late) Blue-headed Vireo we had on Birdathon. 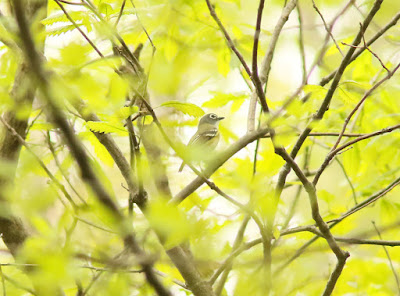 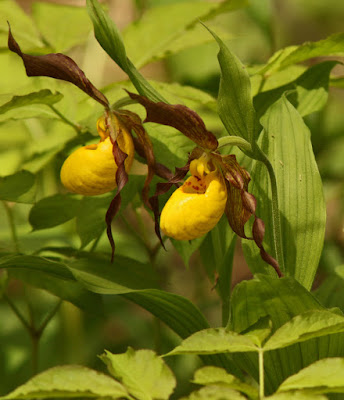 I'll be interested to see if they're back next year, I'd never seen them in Berrien before.﻿
﻿
﻿
Posted by Matt at 7:10 PM