A couple days ago rain pretty much socked in much of southern Michigan just as south winds had started to kick in for a few days.  I walked from Tiscornia to Jean Klock (in the rain) hoping to find shorebirds that had decided to wait out the rain.  There were none.

So I was a little surprised when Rhoda found 20 Willets sitting in the New Buffalo Harbor. 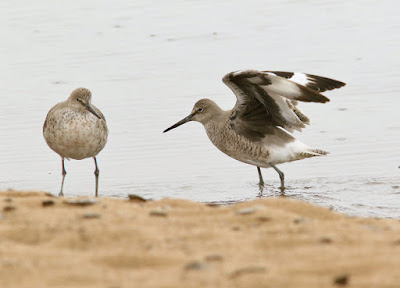 They were a mix of winter and breeding feathers. 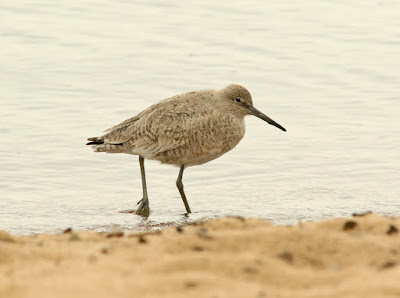 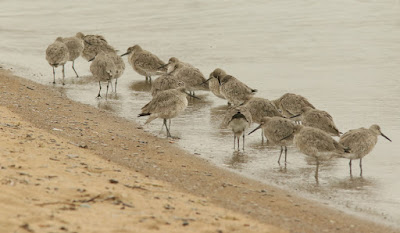 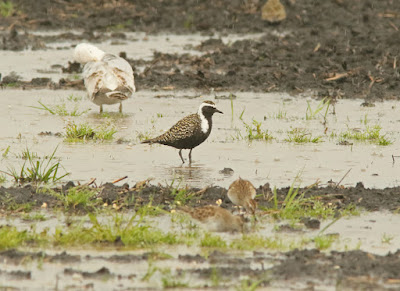 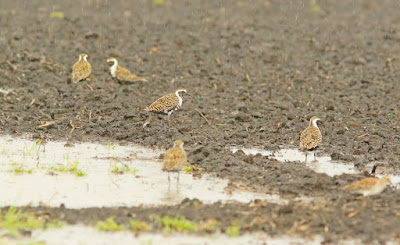 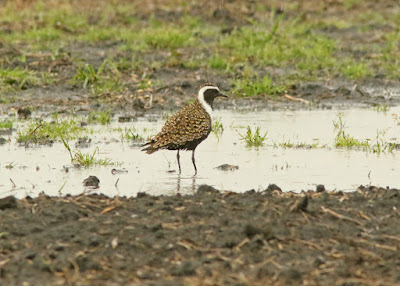 It was the closest that I've been to breeding plumage birds though steady rain made photography somewhat limited.

A couple other shorebird pics from today, a nice comparison of the 2 yellowlegs at Three Oaks (though chain link fences limit photography even more than rain). 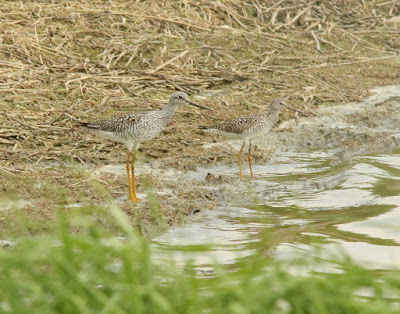 And a couple White-rumped Sandpipers. 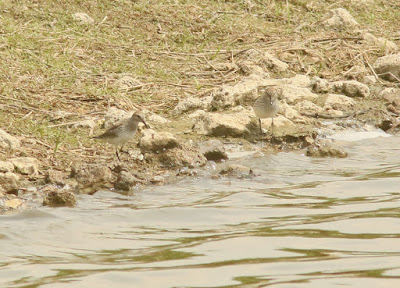 Through the scope the tertials that extended past the tail and the reddish base to the lower mandible were easy to see.  The birds were pretty distant for the camera though.