this time a Franklin's 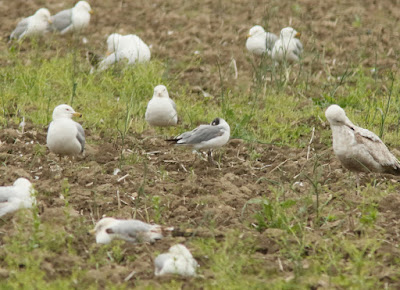 Even with its head in its scaps the prominent eye arcs give it away (once you actually see it.  It took me an embarrassingly long time to get on the bird even with knowing there was a hooded bird in the flock)

This bird had the classic half-hood and slender bill of a young Franklin's Gull. 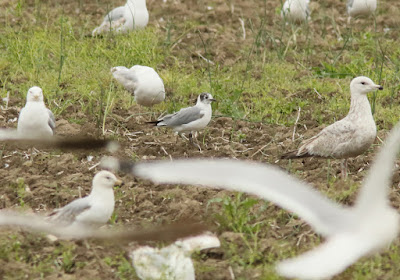 The moult of the primaries was somewhat less classic. 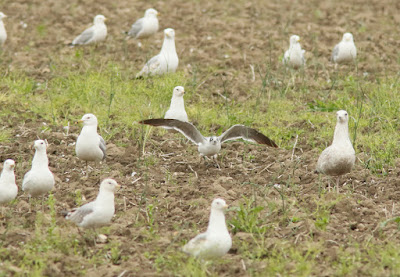 Franklin's is supposed to undergo two complete wing moults each year, unique among gulls.  This bird retains most of its primaries from last fall, though the inner three are pale gray with broad white edging, evidence that it at least started the spring wing moult. 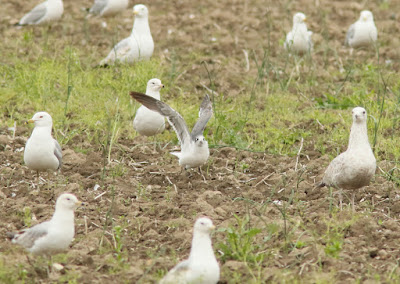 Another (blurry) view of the primaries.  I didn't trust the auto-focus to choose the right gull with the birds constantly crossing in front and behind each other (or it could have bailed on the gulls altogether and chosen the ground) and was manually focusing here.  The secondaries also appear to be entirely dark based first-fall feathers. 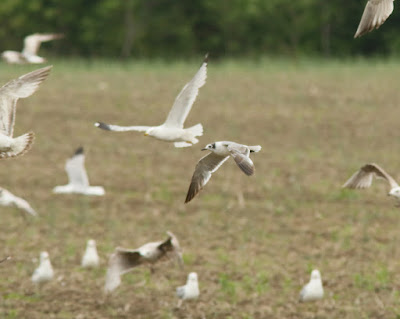 It has completely moulted its tail. 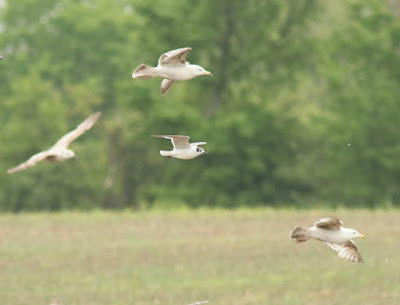 First fall Franklin's have a broad black tailband; this bird's tail is fully white.
Posted by Matt at 6:06 PM