Prelude to a Little Gull?

It's that time of year when Little Gulls can start showing up at Tiscornia though the first decent north winds of the year yesterday failed to produce one (or much else either). There were a couple terns and a few more Bonapartes today. These Bonaparte's are from a few days ago.

As pointed out to me by Phil Chu, some Bonaparte's gulls can have really slender bills

Here it shows off the white wing flash that's visible in flight probably a mile away. It's moulting its inner primaries. 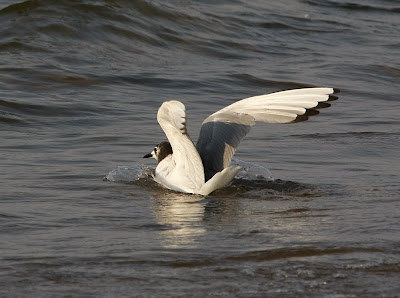 In the juveniles (though some are starting to trend towards first winter) the white patch is effaced by dark markings in the outer primaries. 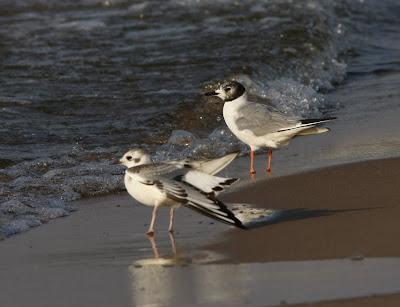 Though the first year birds are still pretty inexperienced, the left-most bird bounced its landing and is face planting in the water, not really the accepted landing method... 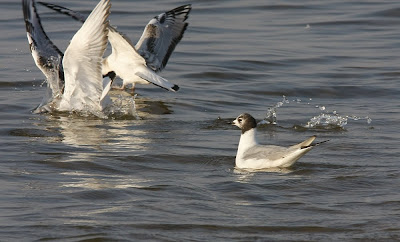 Note the lost outer tail feathers are being replaced in this bird by feathers that are more advanced; 2nd winter Bonaparte's have a lot less black in the tail than juveniles.

and they fly off into the sunset. 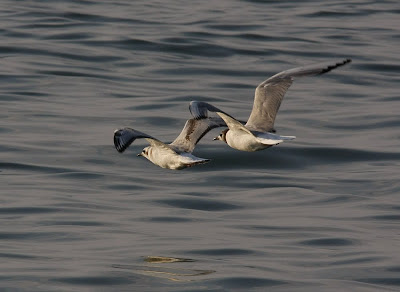 8/24 addendum: It was a short prelude. This morning at Tiscornia Tim and I had an adult or near-adult Little Gull fly by. No pics as I was sans camera (though Tim managed a few), hopefully it will stick around.