Common Eiders are, well, pretty common here. The males are all in non-breeding plumage, but are fairly striking all the same. This is an adult male based on the solidly dark breast. 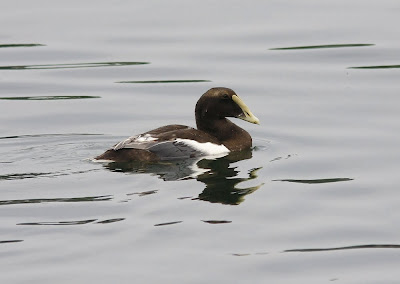 The first year males are similar, though have white mottling in the breast, and some in the back as well. Note that this bird is utterly lacking primaries as it undergoes pre-basic-, or formative-, or whatever the currently in vogue description is for a first year bird moulting out of juvenile plumage and into winter plumage. (Incidentally this is the 9,999th photo taken with my camera, assuming that the odometer wasn't rolled back by the previous owner...) 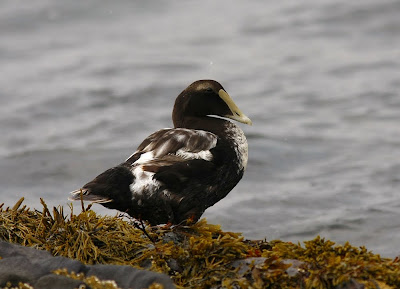 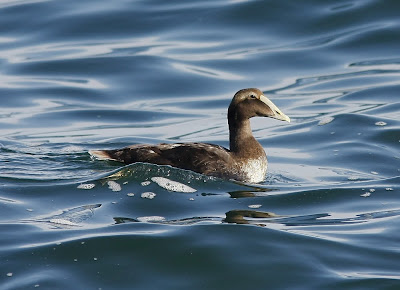 I didn't know that the male Common Eiders have bright white shoulders in flight. This isn't shown in Sibley since the flight depiction of the basic plumaged bird has its wings raised. We can only hope that when an eider flies by Tiscornia it's a male since documenting a plain brown duck flying low over the water is going to be difficult.

Here's females in sunlight. All the eiders I saw in flight were low over the water. Even at close range the horn colored bill disappears into the waves. They're stocky short-winged birds who fly from the shoulder with stiff shallow wingbeats.

The females are a lot more variable than the dabblers I'm used to looking at. I'll have to wait until I get access to my Pyle to see if this is age related, or just random... 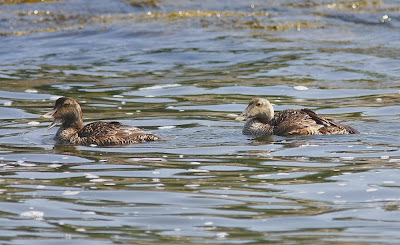 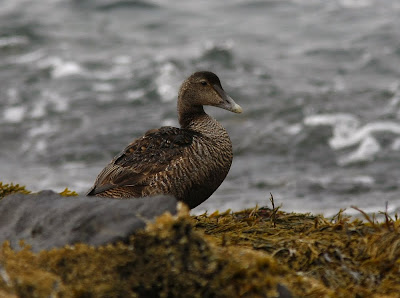 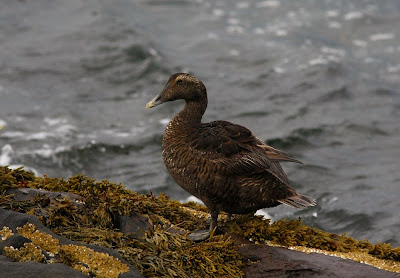 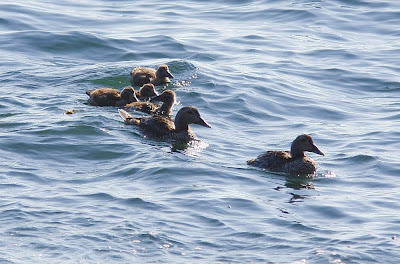