Well we're back from Maine. Depending on when I'm able to get out this week (time to pay the piper with a dense stretch of shifts) I may have one more Maine post, we'll see.

Here's the only worthwhile image I obtained on the 2nd boat trip, an adult gannet. 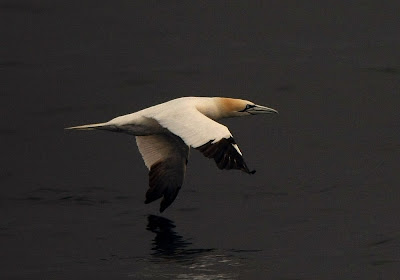 This Broad-winged Hawk perched up neatly aside a roadside garden. 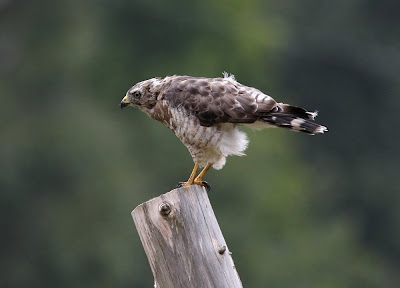 What the hell is this?

I was watching a Common Tern off of Pemaquid when a larger tern-like bird with a yellow bill, black alar bars, and a black mark through the eye appeared in the scope field. My first instantaneous impression was that it might be a tropicbird. Usually that instantaneous impression of a rarity is corrected the next instant even before the binoculars are raised. In this case I watched it, and felt it might be a tropicbird. I started firing pics at it. Unfortunately I had the camera on eider and guillemot settings so this bird is quite overexposed and the black markings aren't very visible. I have some shots that show a somewhat forked tail which would rule out a tropicbird, but I can't think of a juvenile tern that would be a size bigger than the Common and have a yellow bill, maybe a weird young Royal north of its main range, but the wing markings seem wrong for it too. The yellow bill was real, not a lighting artifact. [addendum: the wing proportions are also wrong for a tropicbird, as is the flight style, check out a youtube video from Brian Patteson here.] It's definitely a tern but which one?
Gulls on a lobster boat... 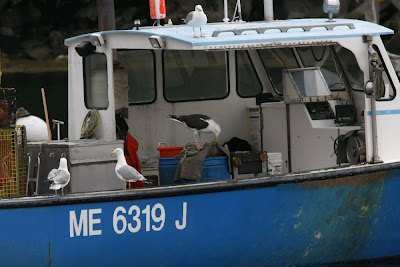 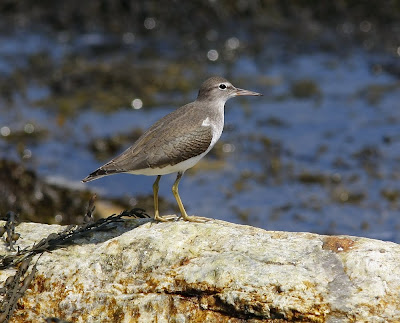 A semi plover in decent light at sundown... 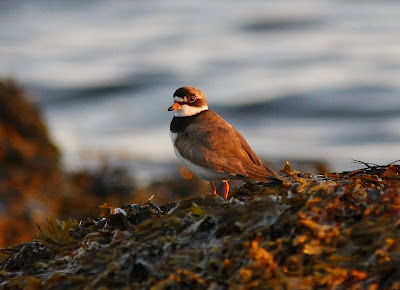 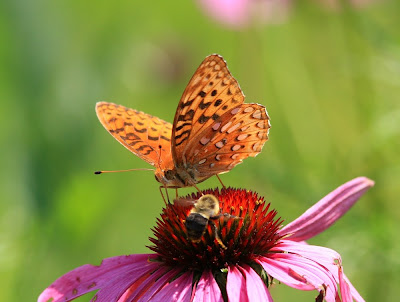