The larger forest floor birds were some of the more interesting ones we encountered at Shiripuno (though admittedly we often saw them atop trees).  Guans, Piping-guans, Chacalacas, (vocalizing) Tinamous, and Curassows were much better represented at this location than any I've been to.  Probably fewer birders have seen Nocturnal Curassow than any other bird I've seen.  We'd heard Salvin's a few times, but it's always nice to see the birds.  So when a Salvin's Curassow walked out to drink along river's edge as we boated back to the lodge on our final evening at Shiripuno we were pretty excited 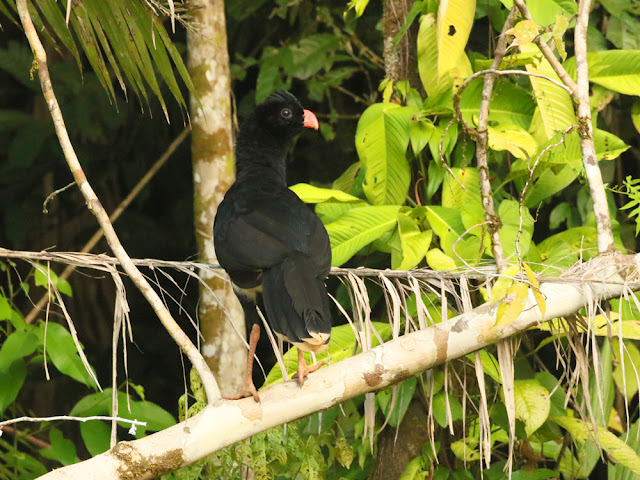 Striated Heron (Green's close cousin) on the other hand, is a lot more common along the rivers. 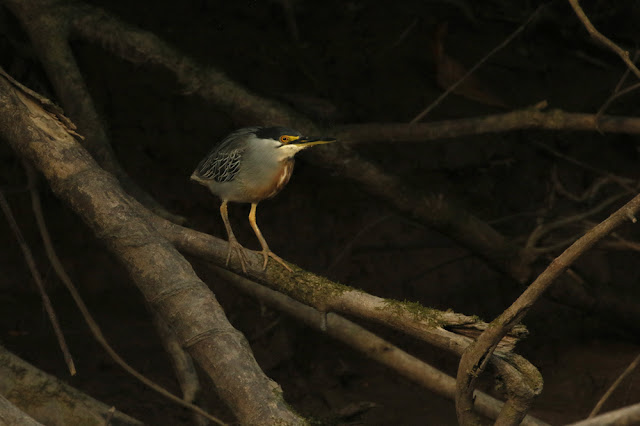 Red-throated Caracara's range just barely starts in the Panamanian Darien, at it was nice to see (and hear!) this bird again. 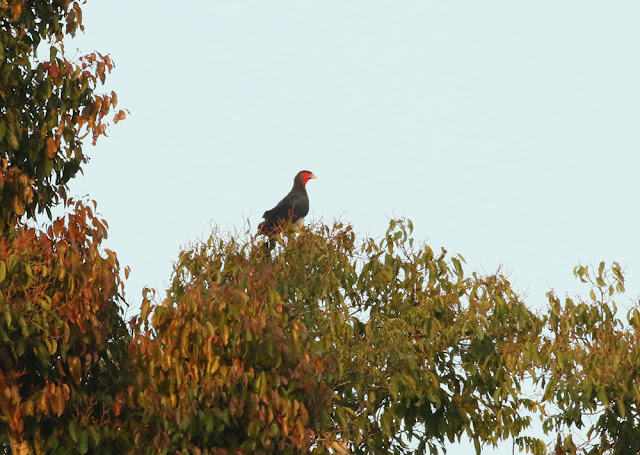 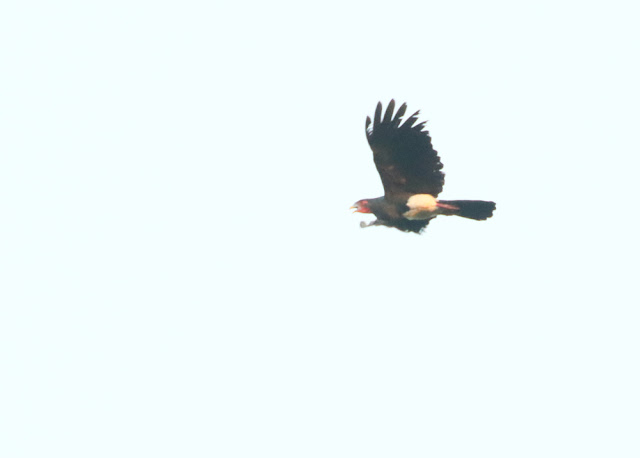 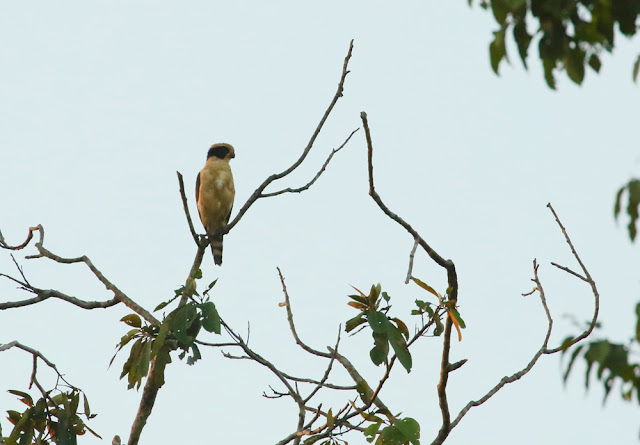 Finally another treetop bird we'll be searching for in a month or so, Olive-sided Flycatcher! 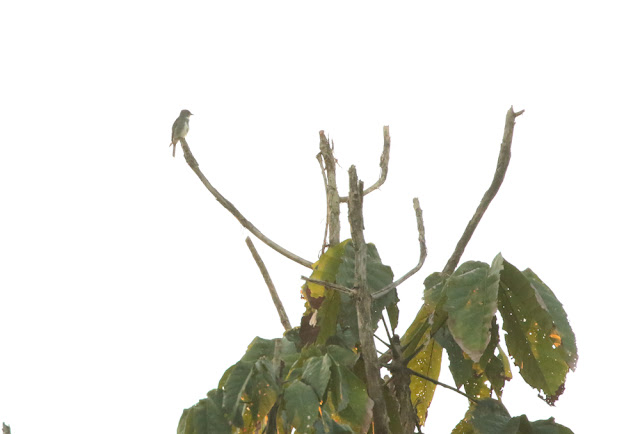