Harpy Eagles weren't the only thing we saw at Rancho Frio in Darien National Park.  Red-throated Caracara was another memorable bird that was quite common here. 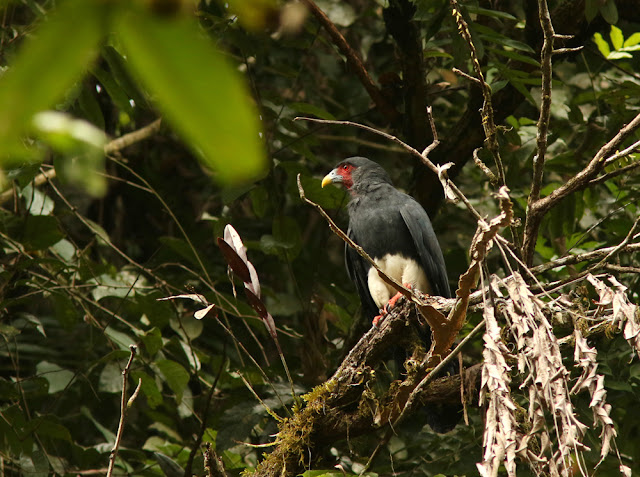 It's a fairly unique bird to look at; it's a crazy bird to hear.  If a parrot could get high on meth and then channeled its inner OutOfControlLittleLeagueDad, it might sound something like this...

I never managed to video one squawking out of control, but they were something else once they got going.

Stripe-throated Wren was another vocal species. 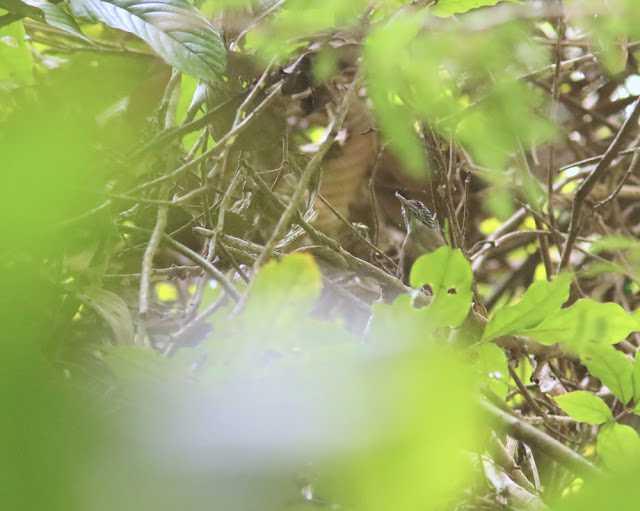 Tropical wrens are just a bear to see, they're a lot more satisfying to learn by ear.

It'd be hard to learn this next bird by ear. 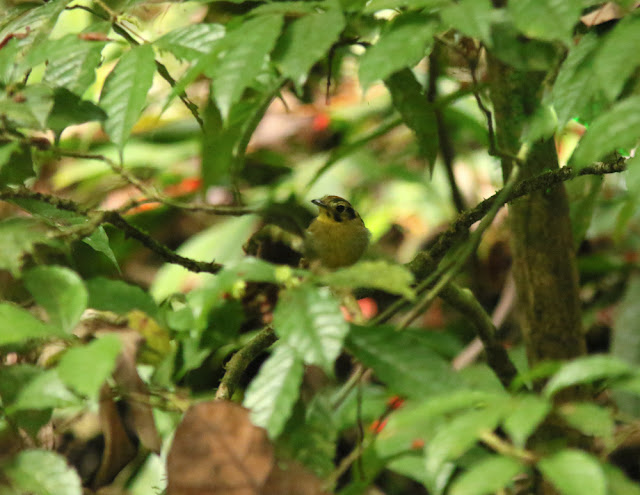 It's a Golden-crowned Spadebill.  They have fairly nondescript insect-like calls that go along with their tiny size. 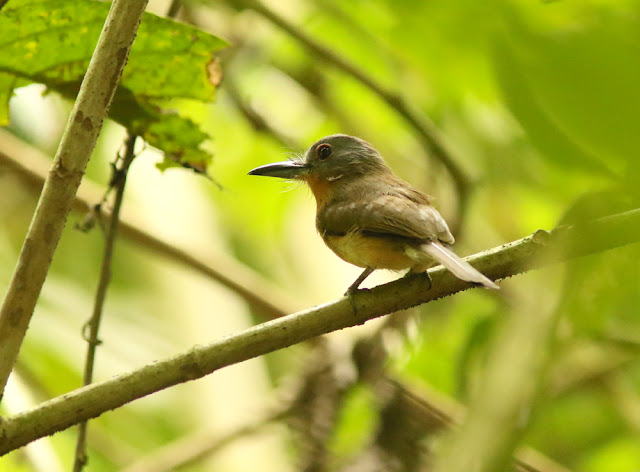 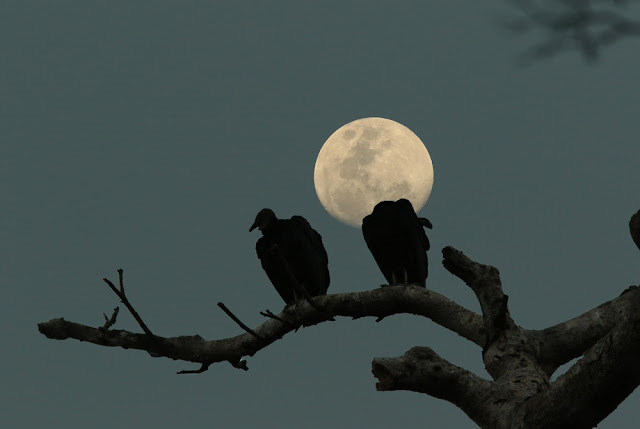 Over the top: vultures in the moonlight photo.