Otherwise known as the red one.

Mary Jo found a Long-billed Dowitcher on Friday in the central county, kudos to her for going around and checking for little flooded fields.  It was still there midday Saturday.  Dowitchers can be hard to separate as most of the characters have at least some overlap.  This one has a fairly long bill, and has a decent amount of more brick reddish breeding plumage so the overall gestault is certainly of Long-billed. 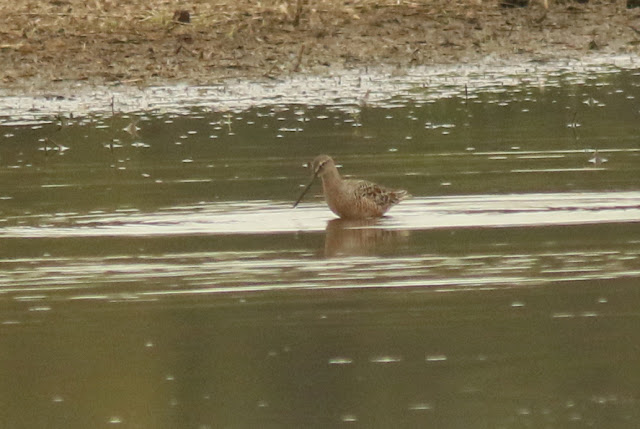 Another gestault characteristic is the loral stripe. 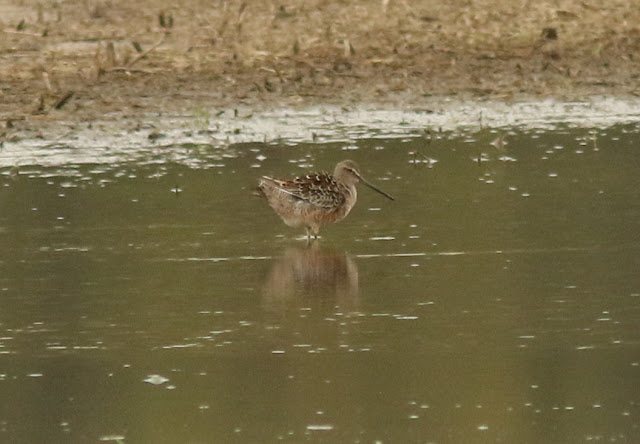 Long-billed on average has the supercilium (white line between the cheek and the cap) run more or less straight into the lore whereas Short-billed has a more marked angle down.  Again there's overlap, and you have to be careful because there's probably some degrees of this that are dependent upon the bird's posture, but it's another useful thing to look at.  The above pics are with the camera, the rest are video-grabs while phone-scoping to get some more magnification. 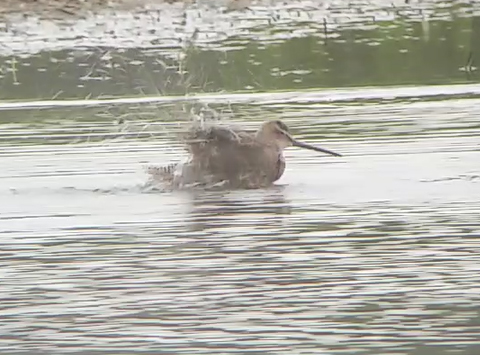 The tail is one of the more traditional field marks, typically white with thin black bars in Short-billed and at least 50-50 or more black than white in Long-billed.  This bird is at least 50-50 to my eyes.  This is hard to see in the field, but useful with the camera. 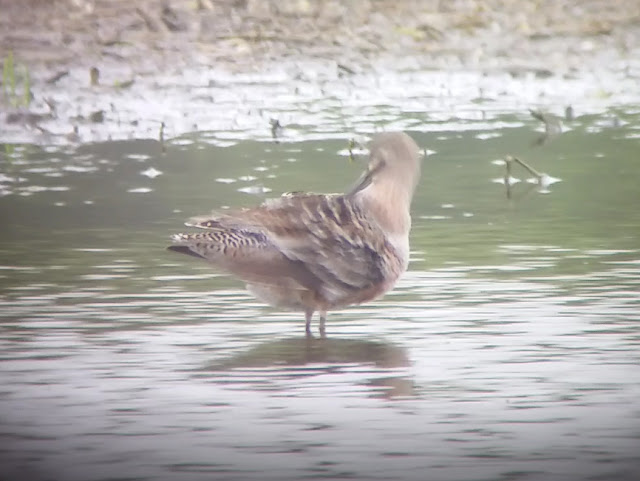 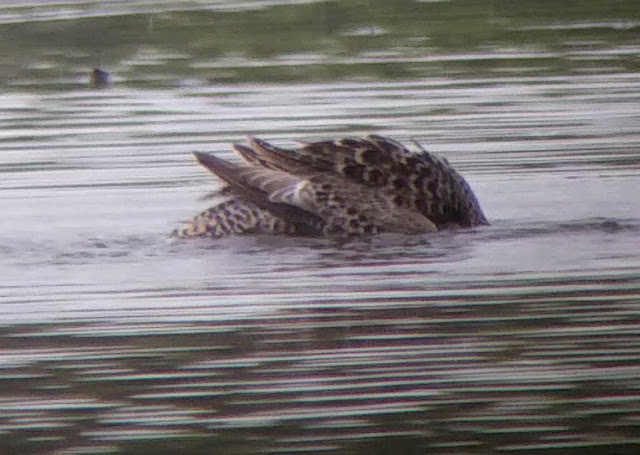 There's a few more useful plumage characters.  The breeding scapulars in Long-billed frequently show bright white ends whereas Short-billed is more marbled with yellow-orangish.  The white scapular tips showed up best in the 2nd pic; this next one got a little over-exposed and washed-out, but is the sharpest. 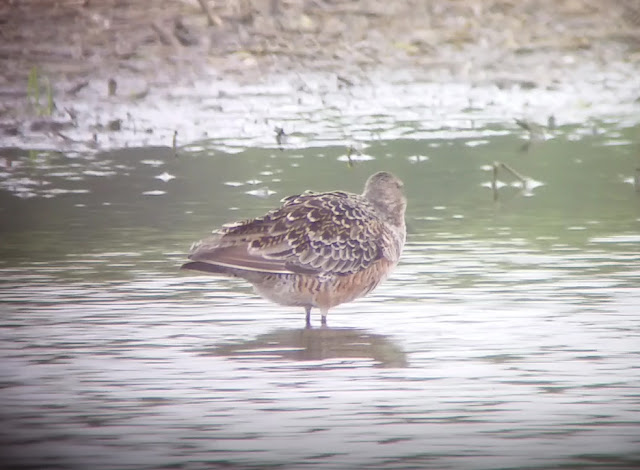 Hopefully this is the beginning of the floodgates!