As I mentioned last post, I arrived at Santa Rosa National Park at daybreak. I had the place entirely to myself and crossed paths only with a few workers who gave friendly waves.  Well maybe not entirely to myself.  The mosquitoes were by far the most noticeable that I've encountered in the tropics.  I fairly quickly started hearing Thicket Tinamous, but there was no way to try an uber slow approach to see one, once off the road I was getting eaten alive.  The sounds of laughter started from the treetops as I beat a hasty retreat.  Laughing Falcons turned out to be quite common, a species I'd seen only once before in Belize. 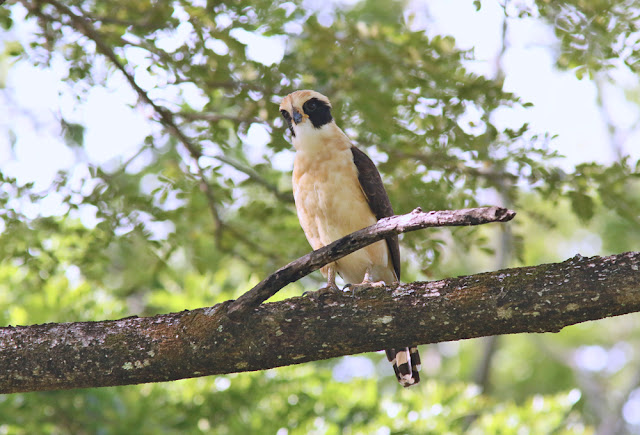 I couldn't tell if this Roadside Hawk was on a nest or not. 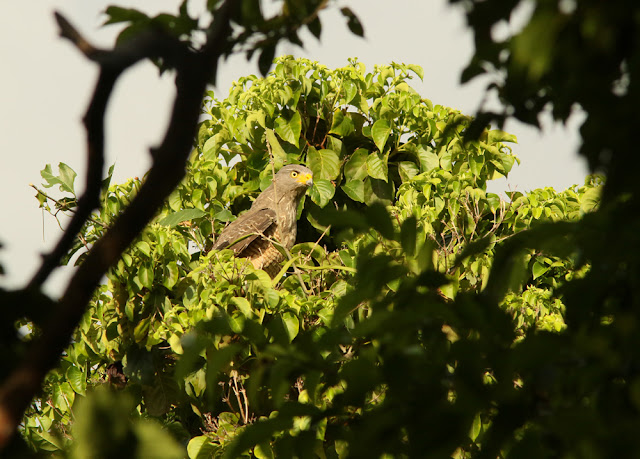 I walked a random road for the better part of an hour, sometimes braving some side trails when I encountered them.  The birds were much more vocal here, and I probably could have studied more; even Stripe-headed Sparrow was unfamiliar.  Anis are always more melodious than I expect them to be. 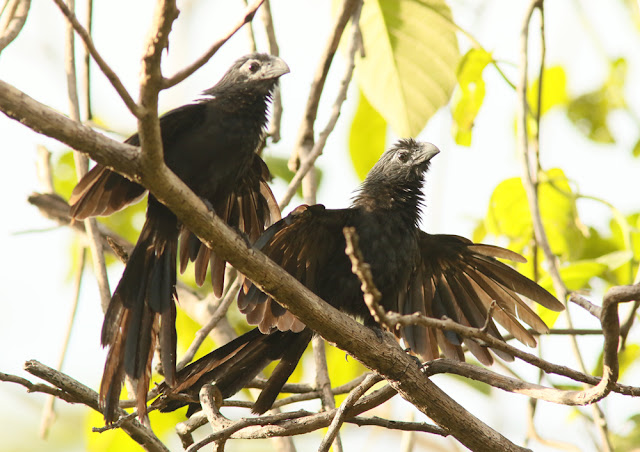 Some parrot squawking turned out to be White-fronted's, another bird I hadn't seen well since Belize though I'd seen flyovers on most days of this trip. 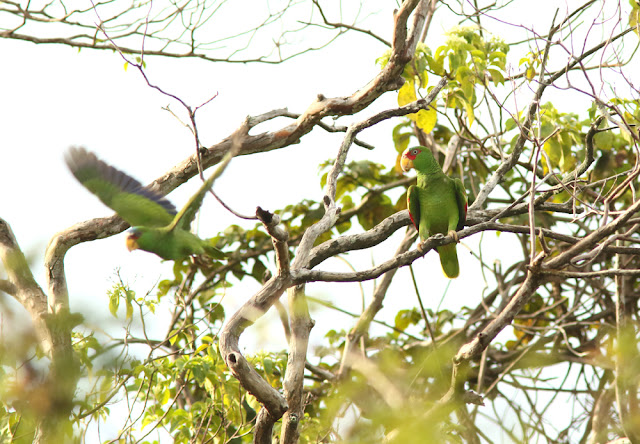 The heat started getting on and I decided to try a different road before I had to return for the afternoon sessions of the conference.  A herd (?) of Collared Peccaries slowly worked across the road. 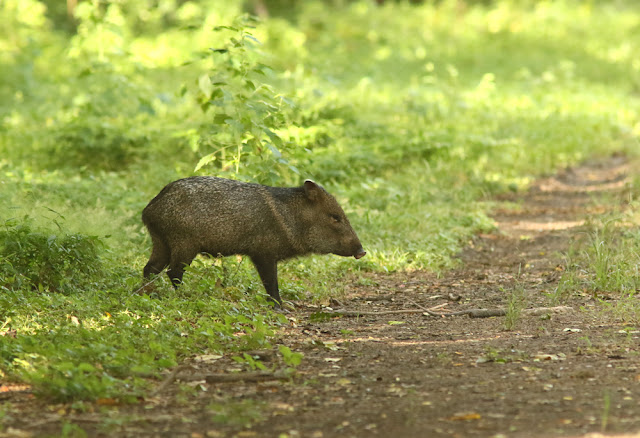 I drove a couple miles and the habitat seemed to change, so I ascended another path somewhat at random and fairly quickly started getting into new birds.  I tracked down a singing Rufous-capped Warbler and then had a couple female and subadult Long-tailed manakins (one of my main targets) fly in.  A Stripe-headed Woodcreeper put in an appearance 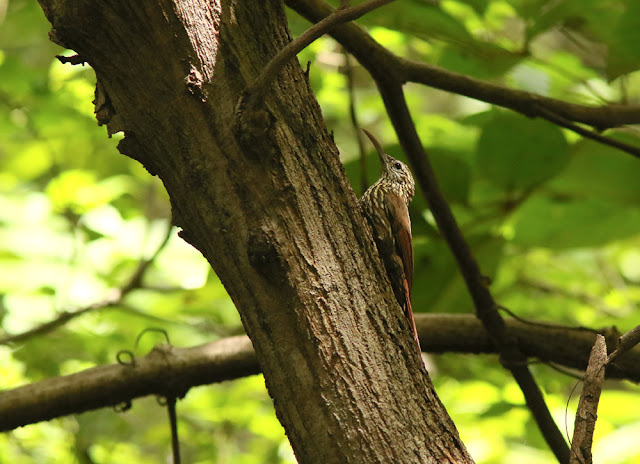 Finally in flew a female Elegant Trogon.  She turned out to be one of a half dozen birds that worked past.  This is a male. 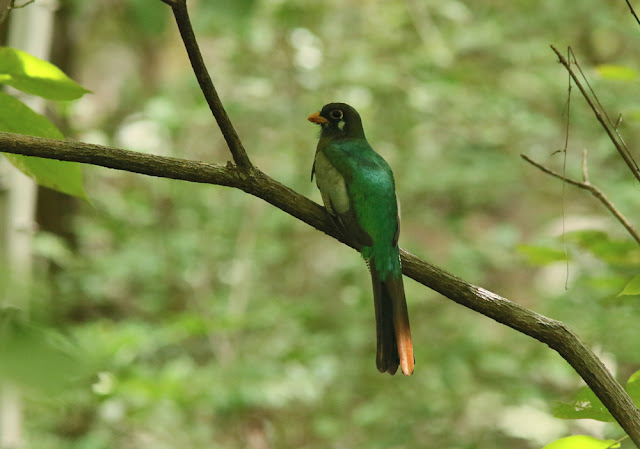 The eye teardrop certainly was unique.  You can see why our (in Arizona) subspecies used to go by the name Coppery-tailed Trogon.  Ironically I think despite it being in the U.S., of the trogons I've seen it's the trogon I've seen the least.  Prior to this morning I'd only seen one.  I noticed on eBird a week or so ago that this was my 500th species for Costa Rica, tallied over 5 weeks of birding the country spread over the last few years.  I would have liked to have spent longer with this group but a rain squall (one of the heaviest I've seen in the tropics) chased me back to the car.
Posted by Matt at 3:47 PM