Our final morning at Shiripuno was spent ... leaving Shiripuno.  It was a 3-4 hour boat trip back upstream (and given we had about that in trucks and then about that in a boat down the next river to the next spot) we left before the sun was up.  It was a little unnerving to be going upstream basically in the dark, but the sun rose quickly.

I really should have taken more scenery shots on this trip. 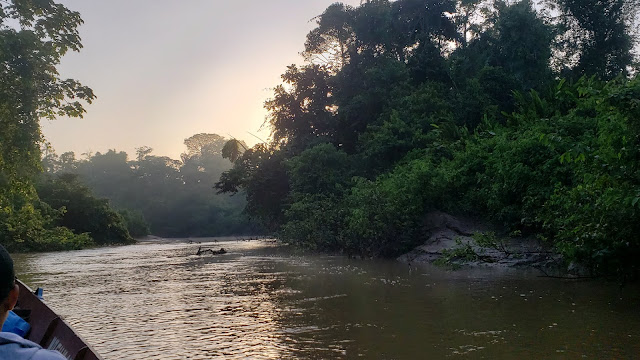 The early morning light was perfect for getting a decent exposure for a black and white bird like the Wattled Piping-guans. 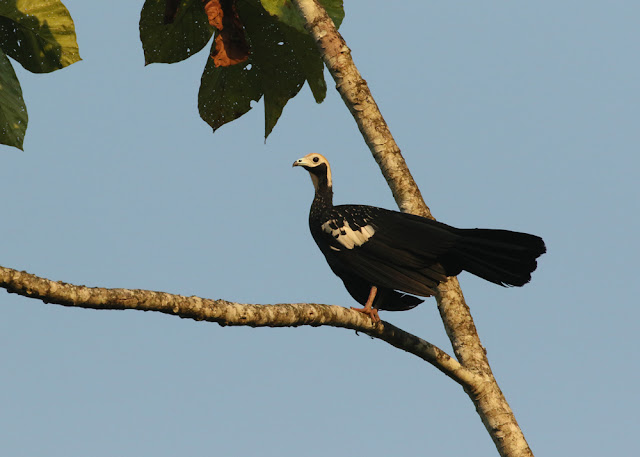 I saw a perched hawk and was having trouble shoe-horning it into something I knew.  Fortunately it flew behind some trees before appearing directly overhead. 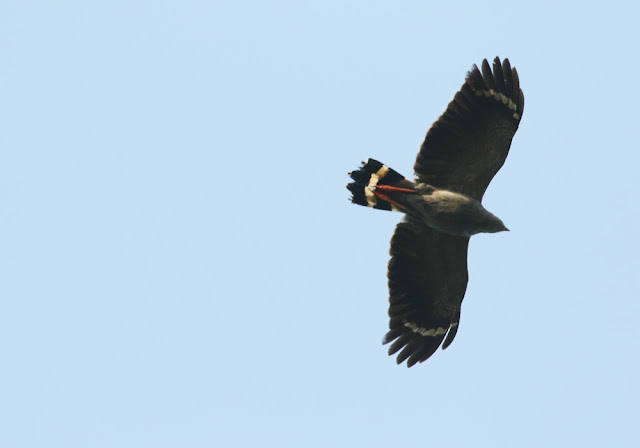 Crane Hawk is a bird that's been theoretically possible on most trips I've taken that reached lowlands in the tropics (heck there's at least one record for S Texas), and the contrasting white underwing comma is pretty unique (though I was once fooled by a Yellow-headed Caracara), so it's a bird that's been on the wish list so long that they kind of felt like a myth.  But the myth appeared overhead (and a second one did about 20 minutes later as it turned out) so I was pretty happy. 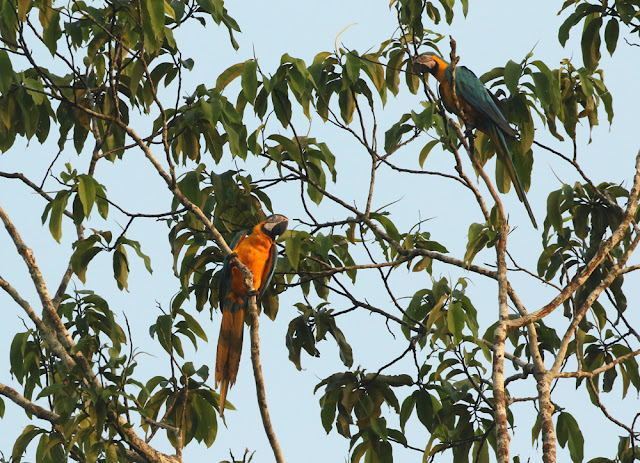 We had more flyover Red-bellied's as well. 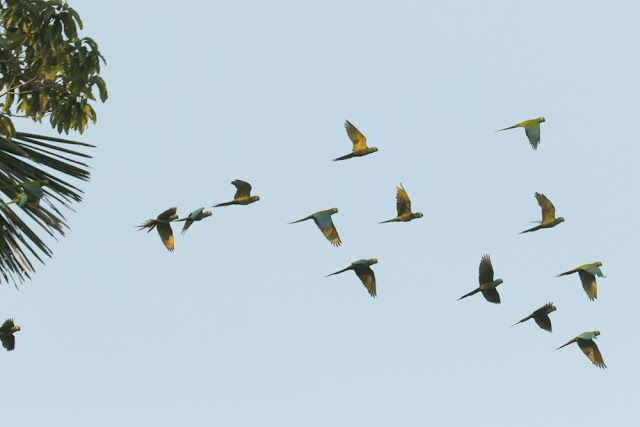 Sunbittern on the other hand I've had a lot better luck with.  This is my 3rd country with a sunbittern (though I'm still missing Sungrebe everywhere). 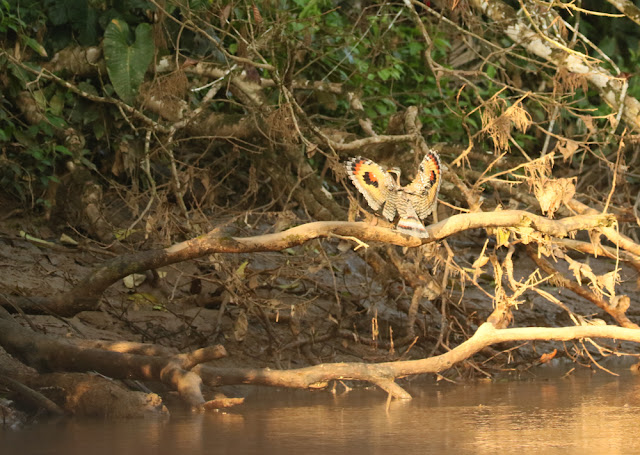 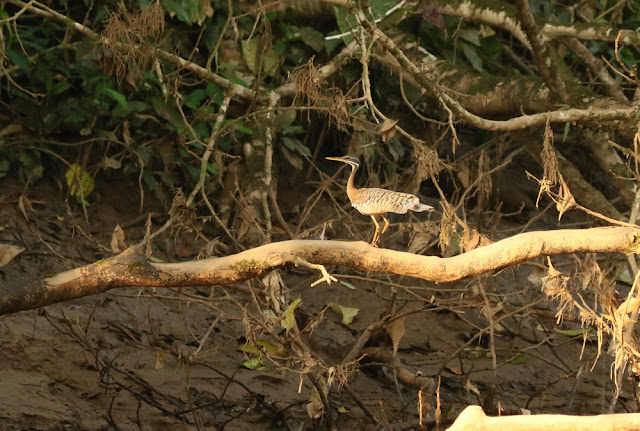 A pic of a Squirrel Monkey 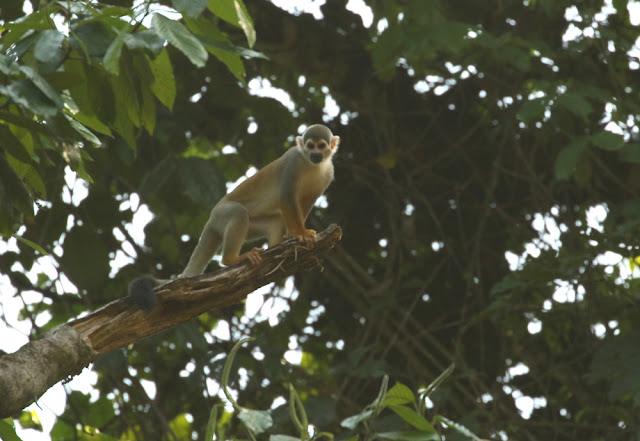 Finally the last lifer of the boat trip, Greater Yellow-headed Vulture.  I've got a bunch of pics that are almost pretty good, but all have some combo of a wingtip cut off, or the eye shadowed, or a weird angle, but ah well. 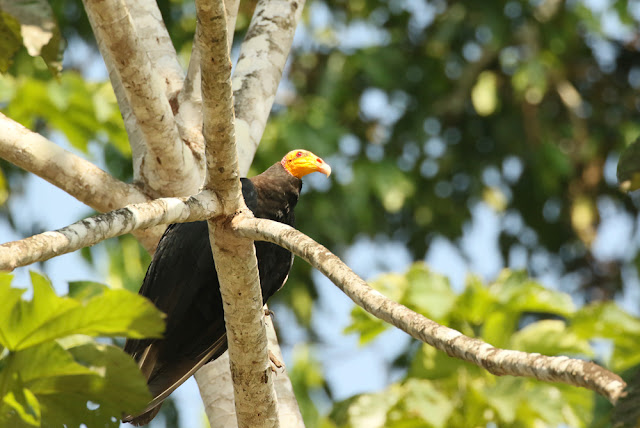 The orange head was a really neat contrast to the TV's we're used to.
Posted by Matt at 9:07 AM